Mothers Out Front just achieved our first BIG victory against gas expansion in NY when we learned this week that the plan to convert the Cayuga Power Plant from coal to gas has been abandoned in favor of a new plan to build a data center and solar farm and battery storage! 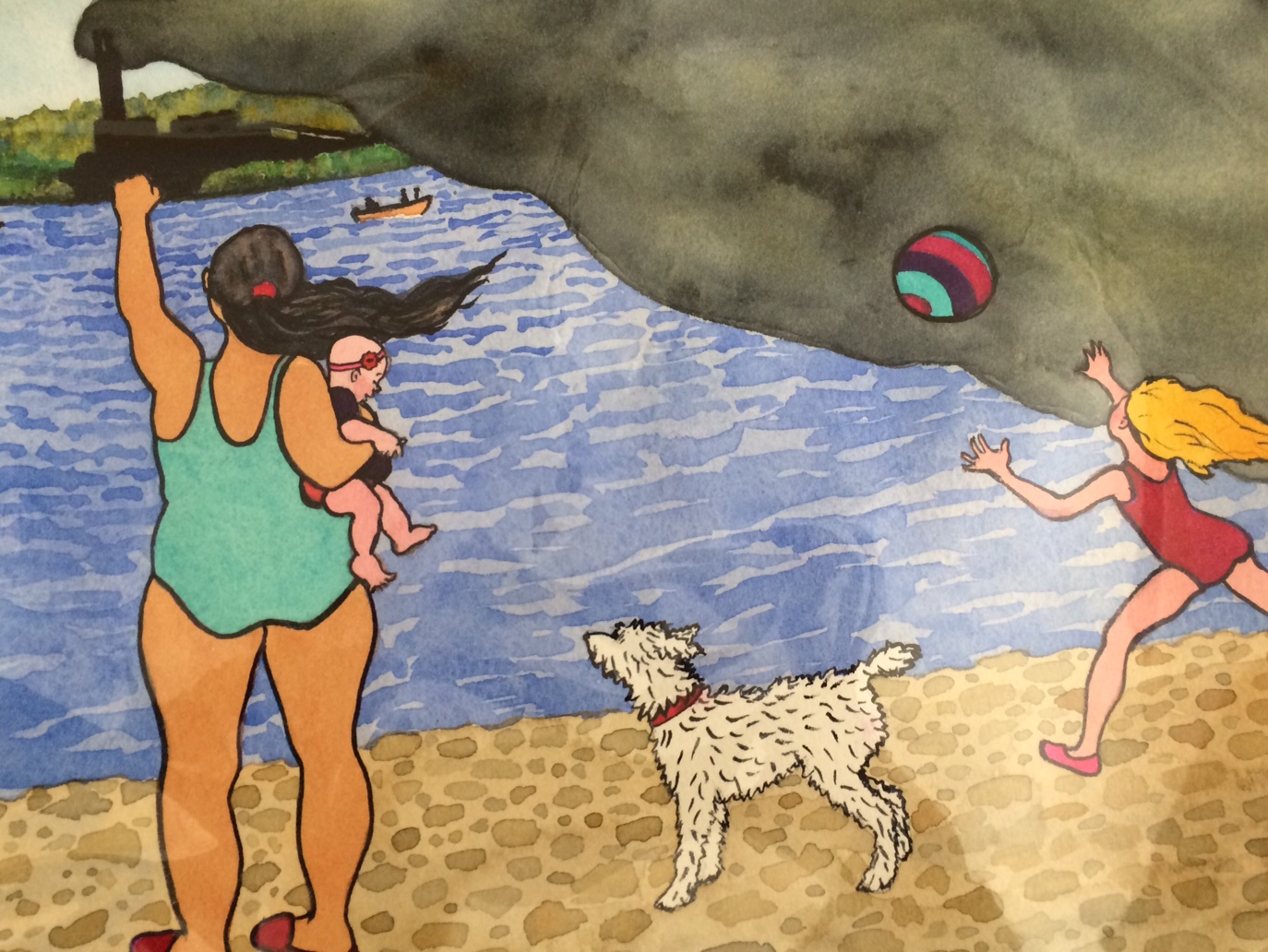 This comes after a year-long campaign where Mothers Out Front was the organization leading the organizing effort from day one sending a clear message to the gas industry and elected officials that we would not tolerate gas expansion in Tompkins County. Our campaign partners, Fossil Free Tompkins, FracTracker Alliance, Dr. Sandra Steingraber formed the "No Fracked Gas Cayuga" campaign when we we learned of Cayuga's proposal to convert from coal to gas - said gas to be delivered by compressed natural gas (CNG) trucks (so-called bomb trucks). 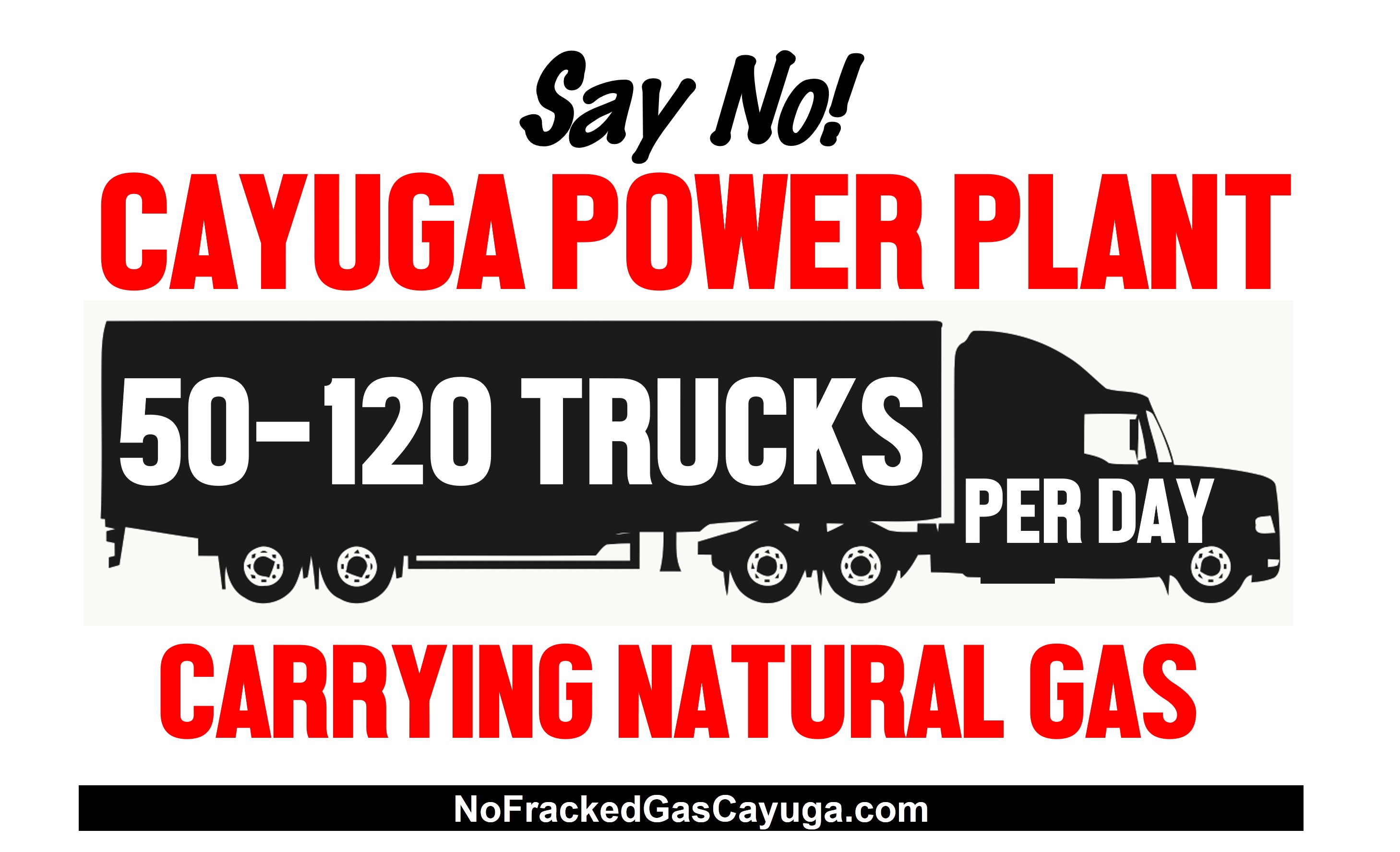 We kicked off our campaign with a rally and public comments at the County Legislature where we asked our local decision-makers to take a public stand against the proposal. This was followed in short order by an informational forum at the Tompkins County Library and a press conference in Albany. 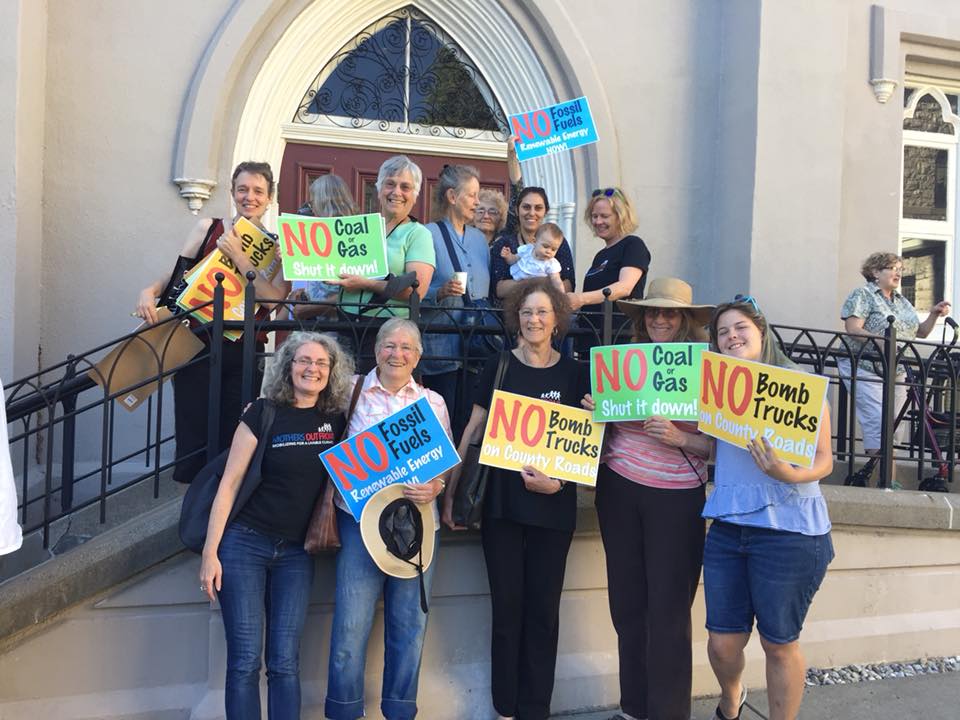 Campaign Kickoff at the County Legislature in June 2018

We continued to build our power locally over the summer culminating in a Rise For Climate event and rally in the town of Lansing. (see the full length video of this event here). 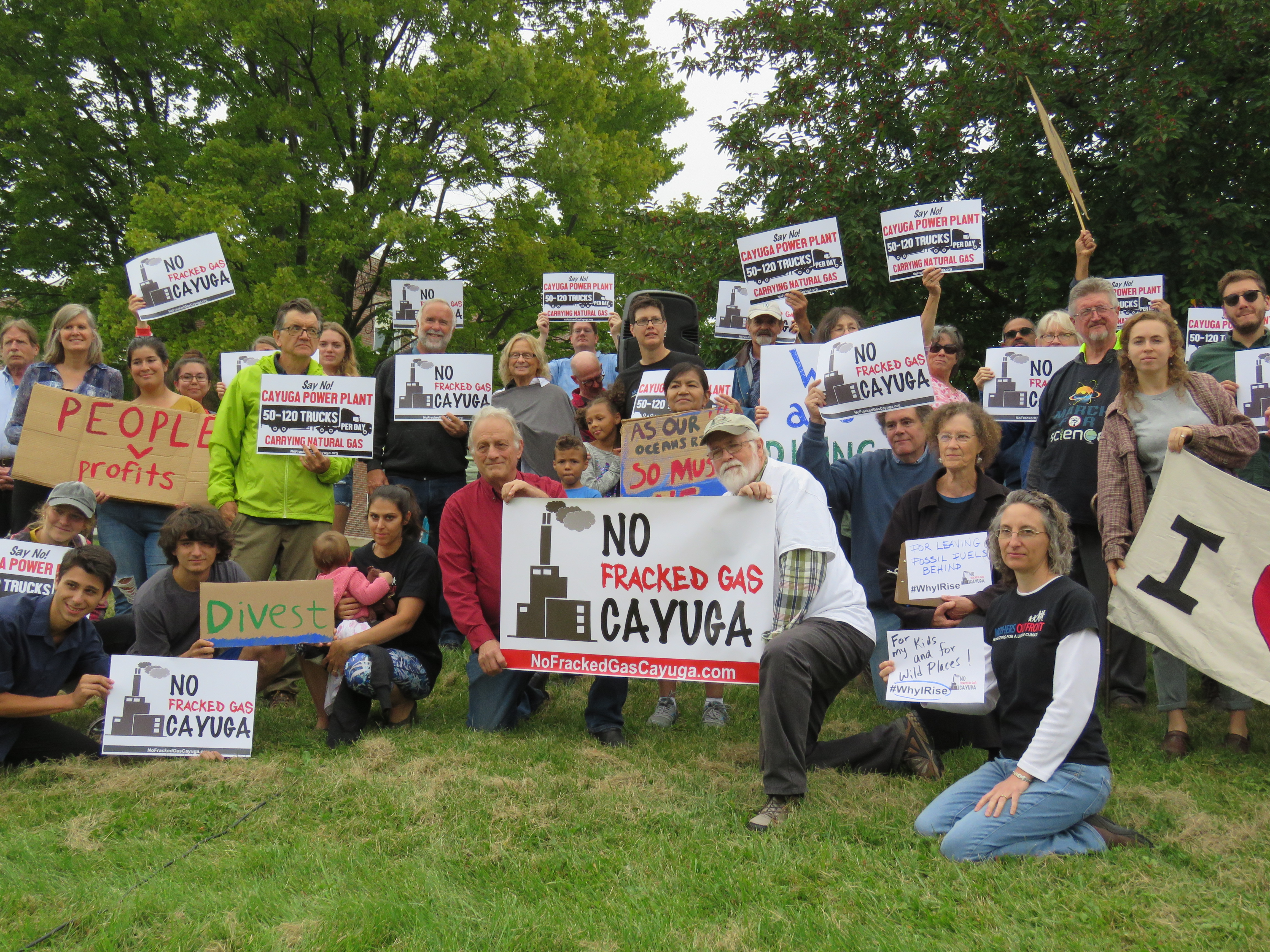 In November, we achieved our first campaign win when the Planning, Development and Environmental Quality Committee of the County Legislature voted 4:1 for our strongly worded resolution against the power plant. We turned out 70 people 30 of whom spoke to a hastily-convened committee meeting held on a weekday morning. 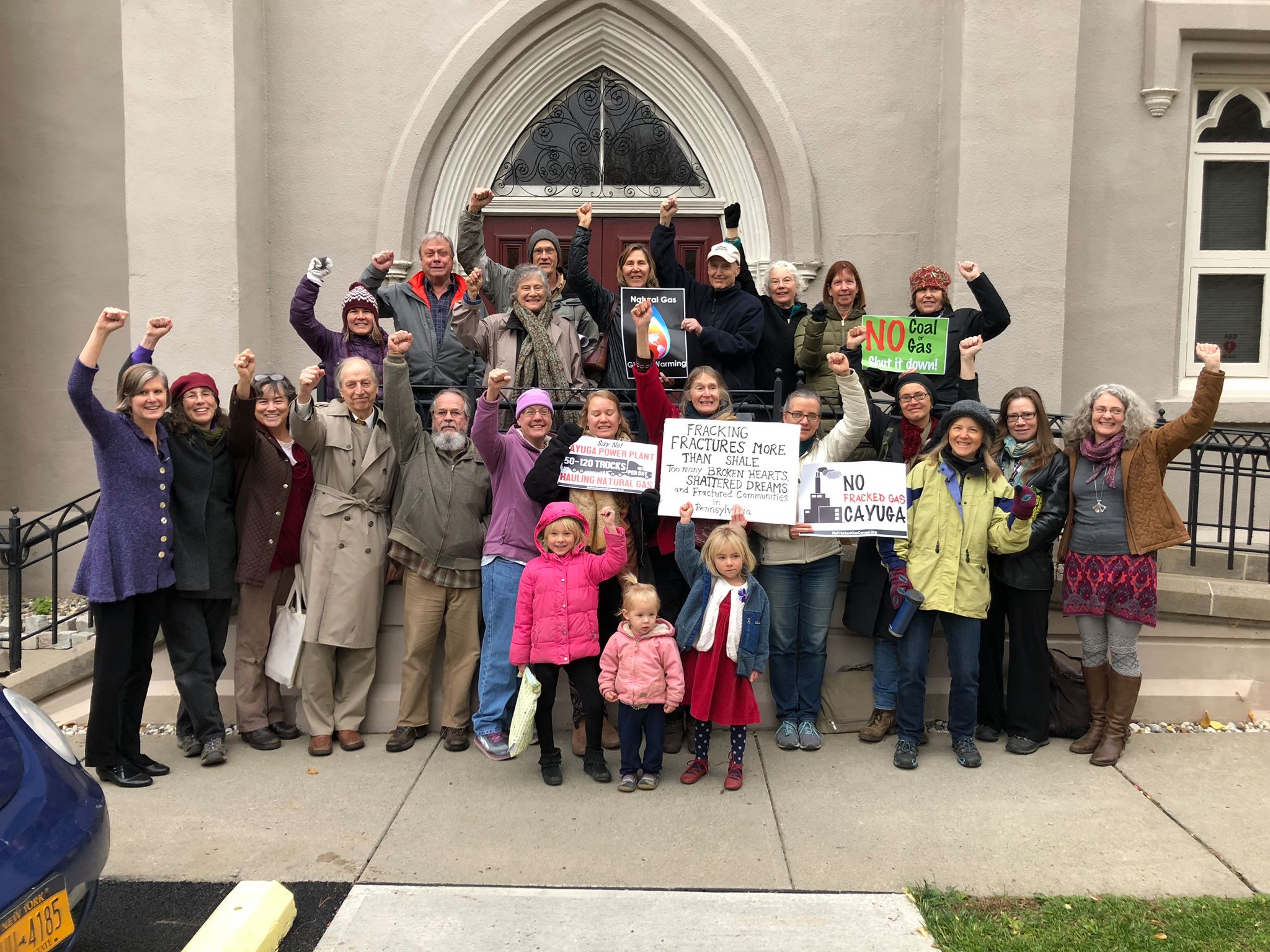 Celebrating our win at the PDEQ committee early November 2018

Then, just two days before Thanksgiving, we mobilized over 100 people to the full legislature where after two hours of public comment and deliberation they passed our resolution with a vote of 12:2. The legislators in their remarks said that our presence and our public comments compelled them to make this difficult vote. 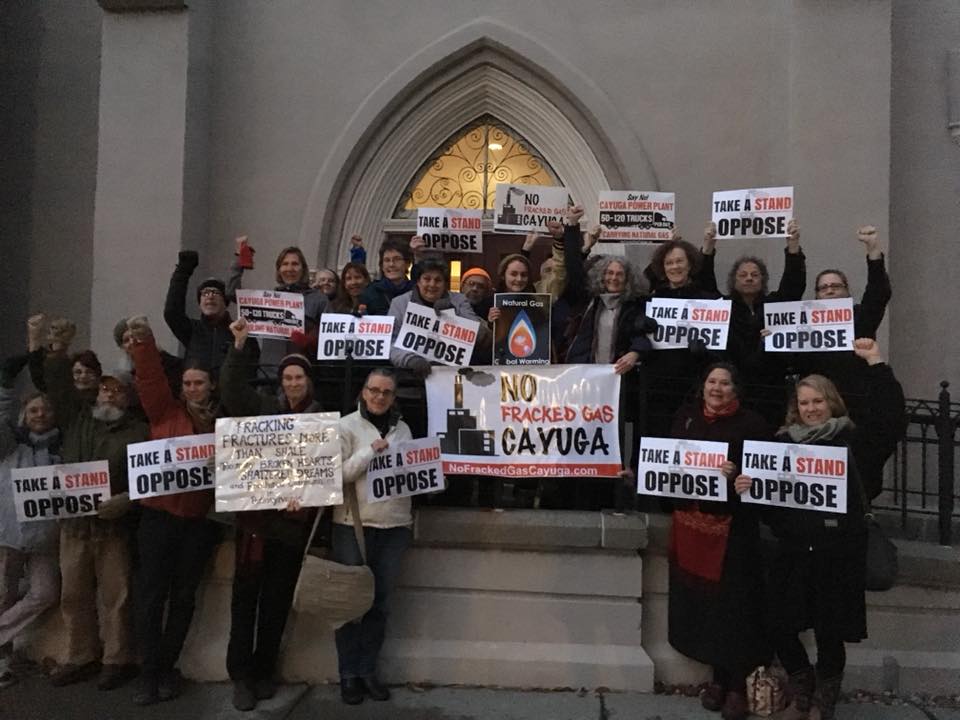 With support from the entire NY Team and National Staff, we put to work all our base-building and leadership development skills, tripling the numbers of Tompkins supporters in our database from 1000 to over 3000, started a new community team and added 10 new leaders locally. 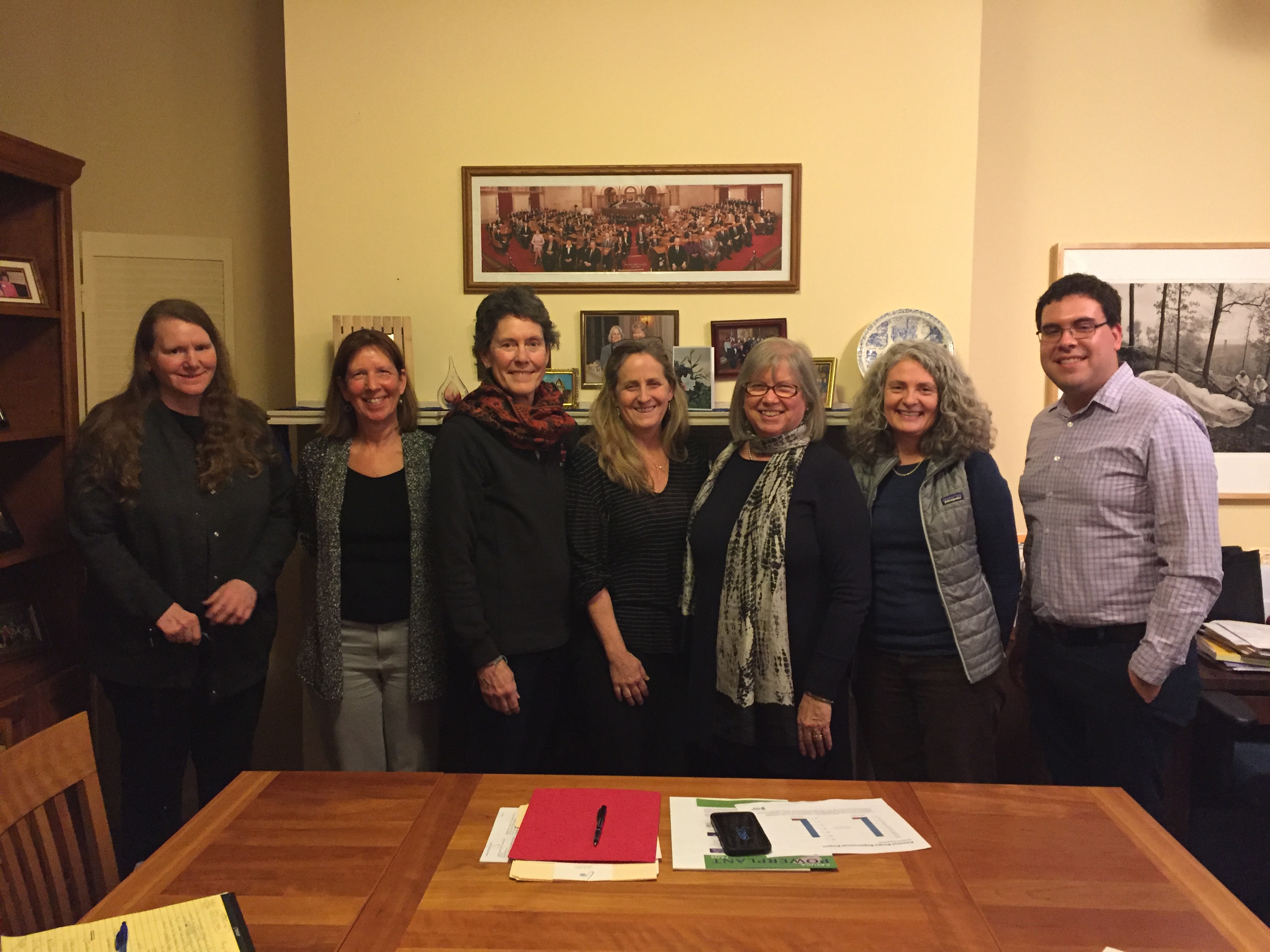 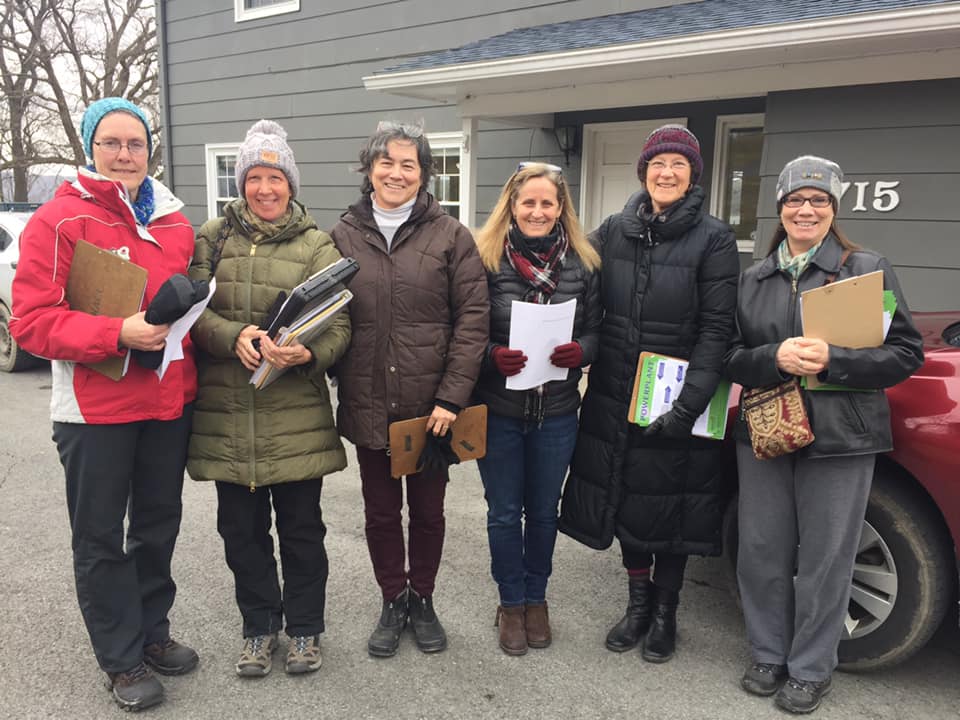 Leaders heading out to canvass in Lansing