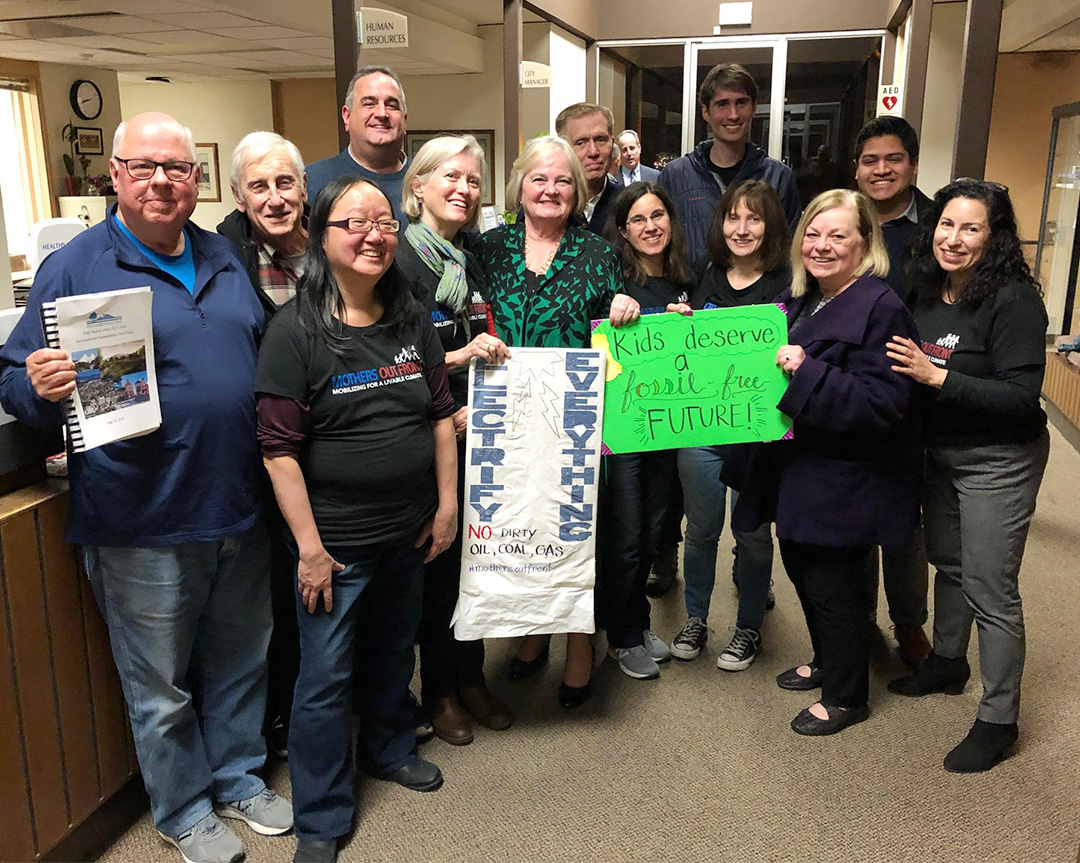 Last night, Mothers Out Front joined allies to convince reluctant Campbell City Councilmembers to amend the building code to reduce dependency on fossil gas. After overwhelming public support, the Council voted unanimously in favor of a mostly electric reach code that exceeds state standards! The new code prohibits the use of “natural” fossil gas for warm air heating and water heating in all new residential living units, ensuring that they will be powered by clean electricity instead.

Five Mothers Out Front South Bay team leaders spoke up for the new ordinance, citing the climate emergency, unhealthy indoor air, safety concerns, and even a personal story about a family dog who turned on a member’s gas stove. Many other Mothers Out Front supporters sent letters to the City Council urging them to pass a strong reach code.

All together, 13 individuals made public comments in favor of the ordinance, and only one person spoke against it. The measure had strong support from the city’s Vice Mayor Liz Gibbons, who is a member of Mothers Out Front South Bay. Without this great turnout, the ordinance had a slim chance of passing, as several council members were initially very reluctant. The city of Campbell joins a growing number of cities in the San Francisco Bay Area (17 so far!) to pass reach codes to decrease our dependence on fossil gas.

Mothers Out Front will continue to push for an all-electric code in Campbell. Such measures are a key climate action since use of gas in buildings contributes to about 40% of greenhouse gas emissions in the region. 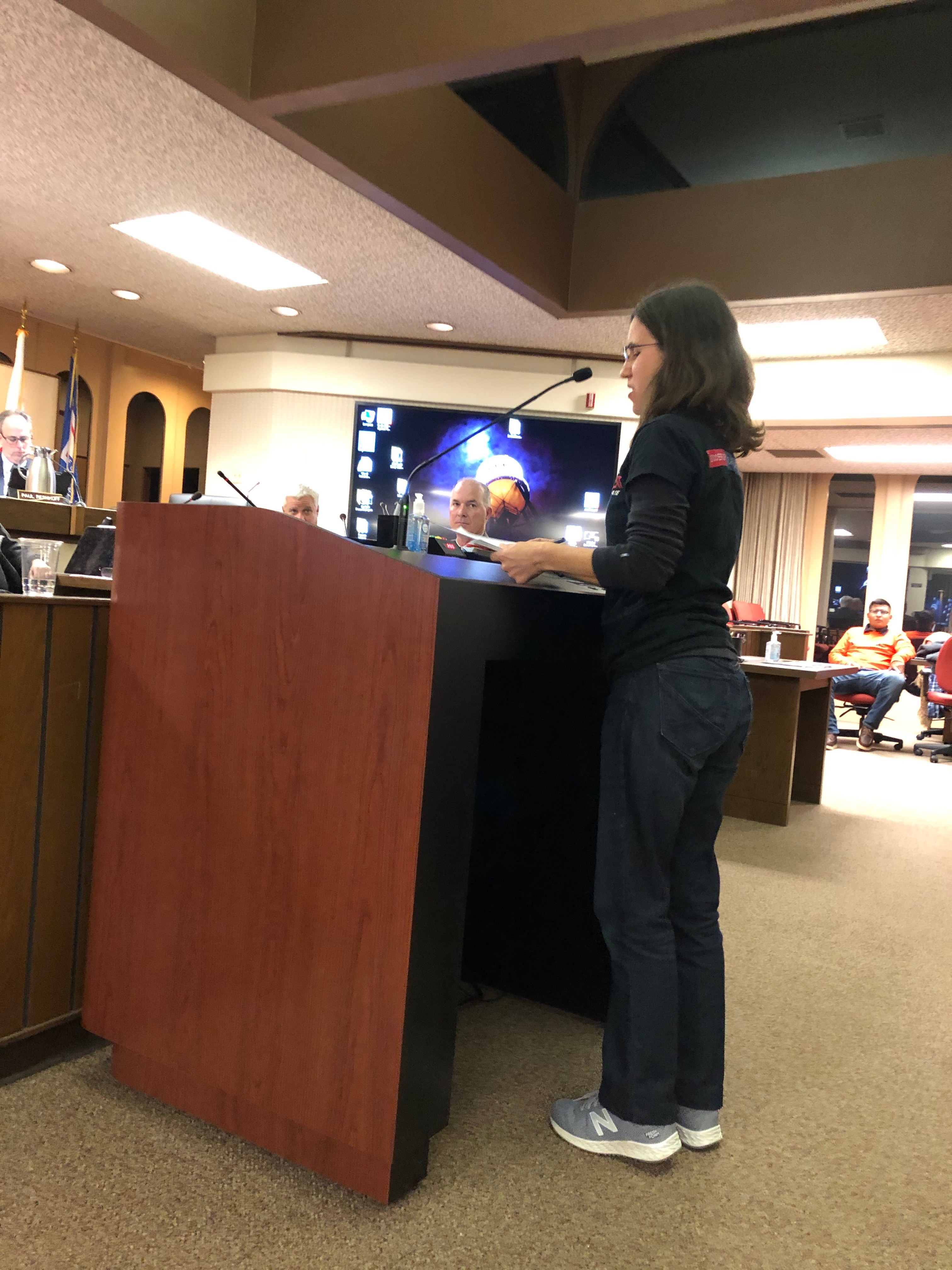