"California is burning from end to end"

My plane landed on Thursday night about 11:00 pm, bringing me back to my beloved San Francisco Bay Area for the first time in more than 2 years. I have lived on the East Coast for decades now, but my native state remains central to my being. If I go too long without visiting, I feel the pull of friends, family and place.

I rarely take trips without my family. I left my three children with my husband and set out for a visit that would culminate in attending the first fundraiser for Mothers Out Front in San Francisco. This time was meant for me to connect with important people, go for walks and hikes, take in my favorite views and the scents of eucalyptus and other familiar plants.

Arriving at my brother’s house at midnight, the scent of smoke was in the air but I thought nothing of it. The next morning our cars were layered with ash, and the smoke was thick enough that you could not see the famous San Francisco Bay Area views.

There was a major fire in Paradise, CA, east of Chico and more than 200 miles away from us in Marin County. It had started on Thursday morning, and the town of Paradise was already destroyed.

I headed to the East Bay to meet friends and spend some time on the campus of my alma mater, UC Berkeley. As I began to cross the Richmond/San Rafael bridge I breathed in deeply, and my breath caught. I could feel the bad air from the smoke filling my lungs, and felt like I could not breathe. I had a strange moment of panic. Then my thoughts turned to the very real challenge that many face in these situations. What if I had a child with asthma? It would be terrifying to live in a place where the air quality was so poor that your child couldn’t go outside for days or weeks at a time. The smoke from the fires in the northern part of the state often collects in the Bay Area. This is what was happening with the smoke from this fire and it was leading to unhealthy air. The young, elderly and people with breathing disorders like asthma and Chronic Obstructive Pulmonary Disease (COPD) are especially at risk during these intensely bad air days.

As I made my way across the bridge, my panic intensified. The smoke was worse in the East Bay, and on the radio, stories about those who died in Paradise increased my sadness and anxiety. Then over the radio a California fire chief said “California is burning from end to end. No place is safe from fire in these extreme dry conditions.”

In Berkeley the campus was as beautiful as ever. Yet, the air was so thick with smoke that you could not see very far and the sun was burning orange in the sky, mostly hidden. People all around were wearing face masks. It felt apocalyptic. 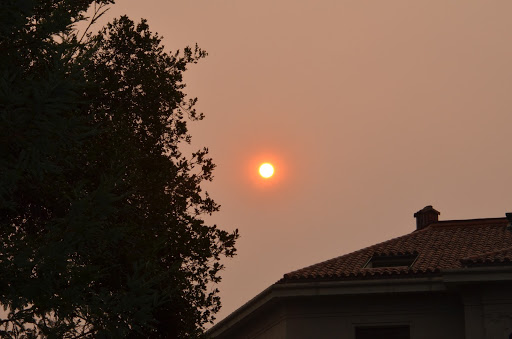 California has become drier and hotter because of climate change. The sustained lack of rain leads to dead vegetation and trees and parched ground. These conditions lead to more natural fuel that ignites with even a small spark (in this case possibly from PG&E transformers). Once a fire starts, the natural fuel gives it strength and winds carry it far and wide. The Camp Fire, as this one is called, burned 20,000 acres in the first day. As of this writing more than 11,000 structures have burned and more than 63 people are known dead with hundreds still missing. This is the worst fire in California history. A designation that changes every year, with each new fire season, as climate change worsens.

I spent 5 days in California and never saw the view I had craved for more than 2 years. Each day I breathed with trepidation, knowing how bad the air quality was. It did not improve while I was there. The hope that I try to maintain in these challenging times began to fade. Instead of feeling buoyed by my getaway, I felt anxious and sad. The loss of lives, homes and livelihoods in this fire is changing entire communities and families forever.

My last night in the Bay Area, I attended the first fundraiser for Mothers Out Front in San Francisco. As a founding member of the organization and a native of California, I have watched our growth out there with interest and pride. I planned my trip around this event and looked forward to meeting staff and member leaders who are moving our work forward in California.

We had 35 attendees. Among them were the leaders of the San Francisco team, a mother and daughter. Kathie and Maia Paccagli shared personal narratives on why they became involved in Mothers Out Front and were compelled to start a team and work together on creating a livable climate for all children.

Maia shared that she wasn’t sure if she could take on the work of starting a team with Mothers Out Front because, like most moms, she is very busy. But she decided to do so despite her concerns about time because, “These issues are urgent. They are relevant. The time is now.  And the way forward is together. I want to do this for my kids. For your kids. For the kids all over this planet. And I am going to do it with my mother, and mothers all around the country. No longer are we working individually in hopes of our actions making a difference. Instead we are banding together, creating a force of moms to demand serious and measurable change.” (Maia Piccagli, November 13, 2018 San Francisco, CA) 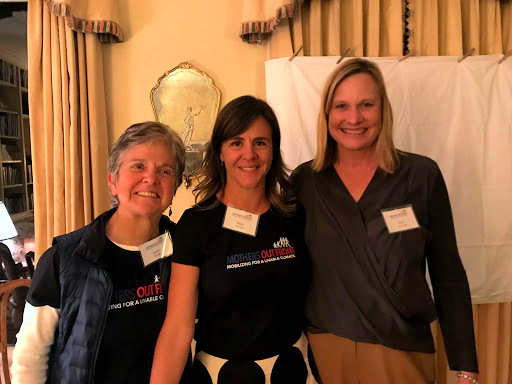 Kelsey Wirth, Mothers Out Front co-founder, then shared the story of how we started and the amazing successes of mothers around the country who have built this movement to what it is today. She also shared wins and growth projections for 2019. At the end of the evening at least four mothers from different communities had stepped forward to state their interest in starting teams. One in the East Bay, one on the Peninsula or South Bay and one in Marin County. 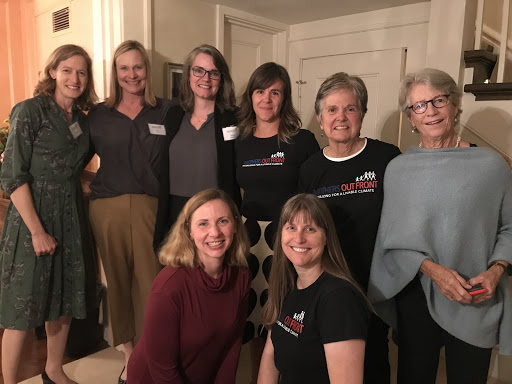 The wildfires in California continue to haunt me even as I sit in Boston writing this blog. Yet, my hope is beginning to return. Once again, the power of mothers is sustaining me through a time when I worry about how much we can do to slow the effects of climate change, to build a more just and clean energy infrastructure, and to create a livable climate for all children. I know that I cannot give up. I will work side by side with my fellow Mothers Out Front members until we have won. (Oh, and for these three… who have my whole heart.) 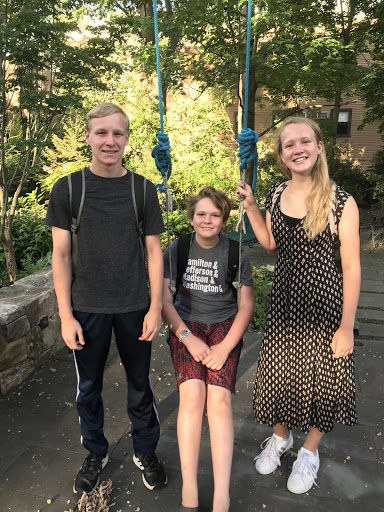 Addendum: Since I finished this blog post last night I have been in contact with people (including our own staff members) who have fled the Bay Area in order to seek breathable air for their children and themselves. It is not just those with breathing disorders that are at risk anymore. Yesterday the air quality in the SF Bay Area was the worst in the world. Here is a photo of my 16 year old nephew who is a volunteer for Marin Search and Rescue. His mother posted this photo with a mixture of pride and fear. 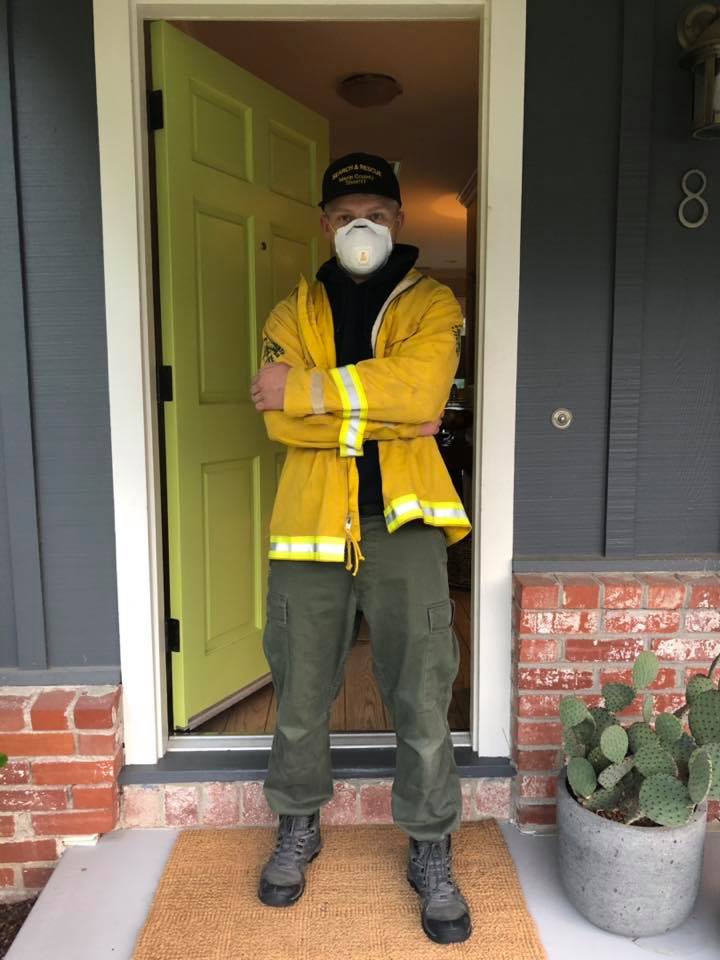