After multi-year negotiations with environmental groups, the Air District directors had agreed on May 31st to pass a first-in-the-nation cap on GHG emissions. This cap would effectively block San Francisco Bay Area refineries from processing dirty tar sands oil. 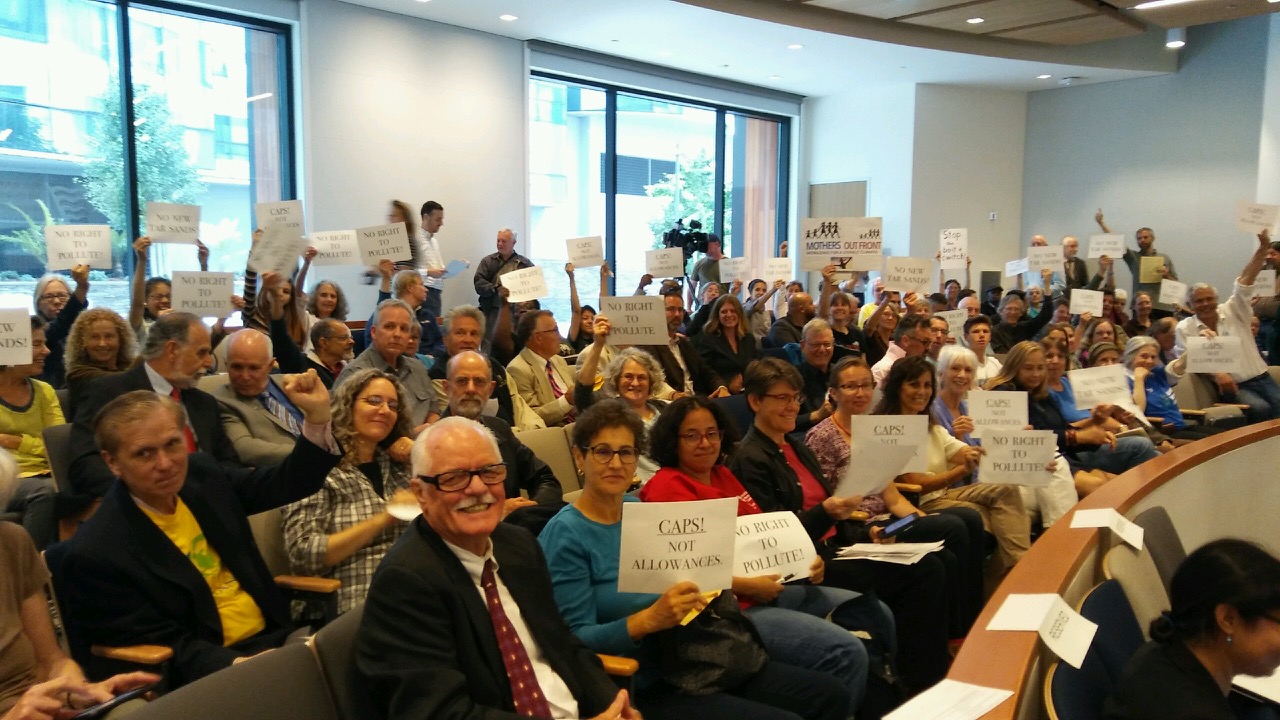 The vast majority of the audience wanted stricter emissions standards and showed their support with signs. I’m just to the right of the middle, holding up a Mothers Out Front sign.

However, last-minute changes by staff undermined the agreement and actually would have placed the “cap” quite a bit higher than actual emissions, enough to accommodate an entire new refinery!  More background info here for those who are interested.

So I and over one hundred other concerned citizens packed the hearing to overflowing to urge the directors to honor the levels set at the May 31st hearing.  After a lengthy meeting during which dozens of groups (including Mothers Out Front) and 48 individuals gave public comment, the Board of Directors voted 13-6 to postpone finalizing the details of the cap until September.

I was interviewed by CBS-affiliate TV station KPIX in San Francisco and by NBC Bay Area based in San Jose as well as a reporter from KPFA (Pacifica Public Radio).

It was a rewarding but exhausting day.  I left the house at 6:30am to catch the train and didn’t get home until after 5pm.  It was very worthwhile though: I networked with many climate activists before, during and after the hearing and on the train ride home.  Poco a poco se va lejos: little by little we go a long way!  :) 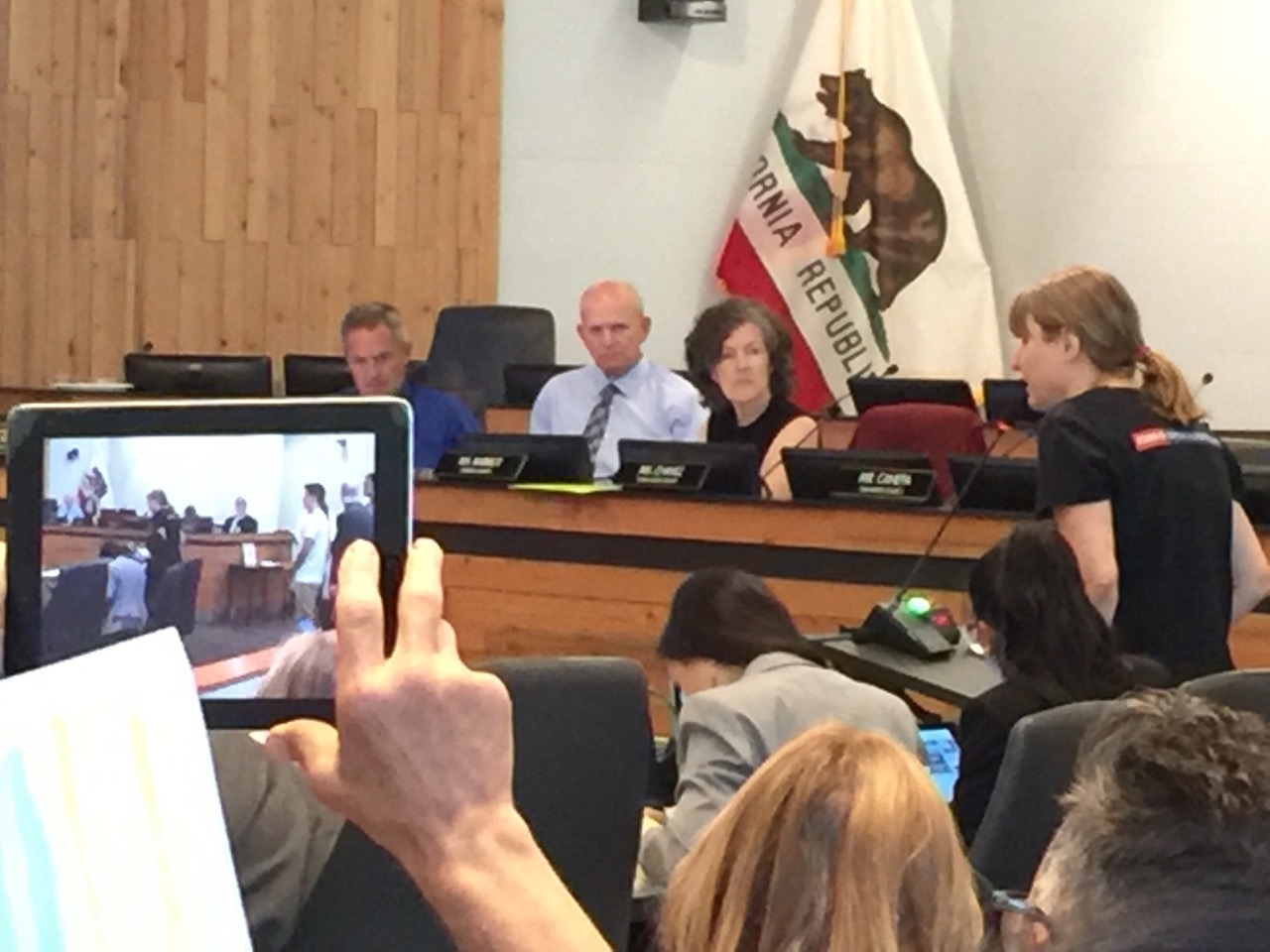 I gave a two-minute public comment, representing Mothers Out Front, urging the Directors to make the vulnerability of children and their need for clean air and a healthy climate their top consideration.