Watch the video of Ariana Habermann (7th Grader) speaking for her future!

The Flipping of the Switch line-up of speakers: 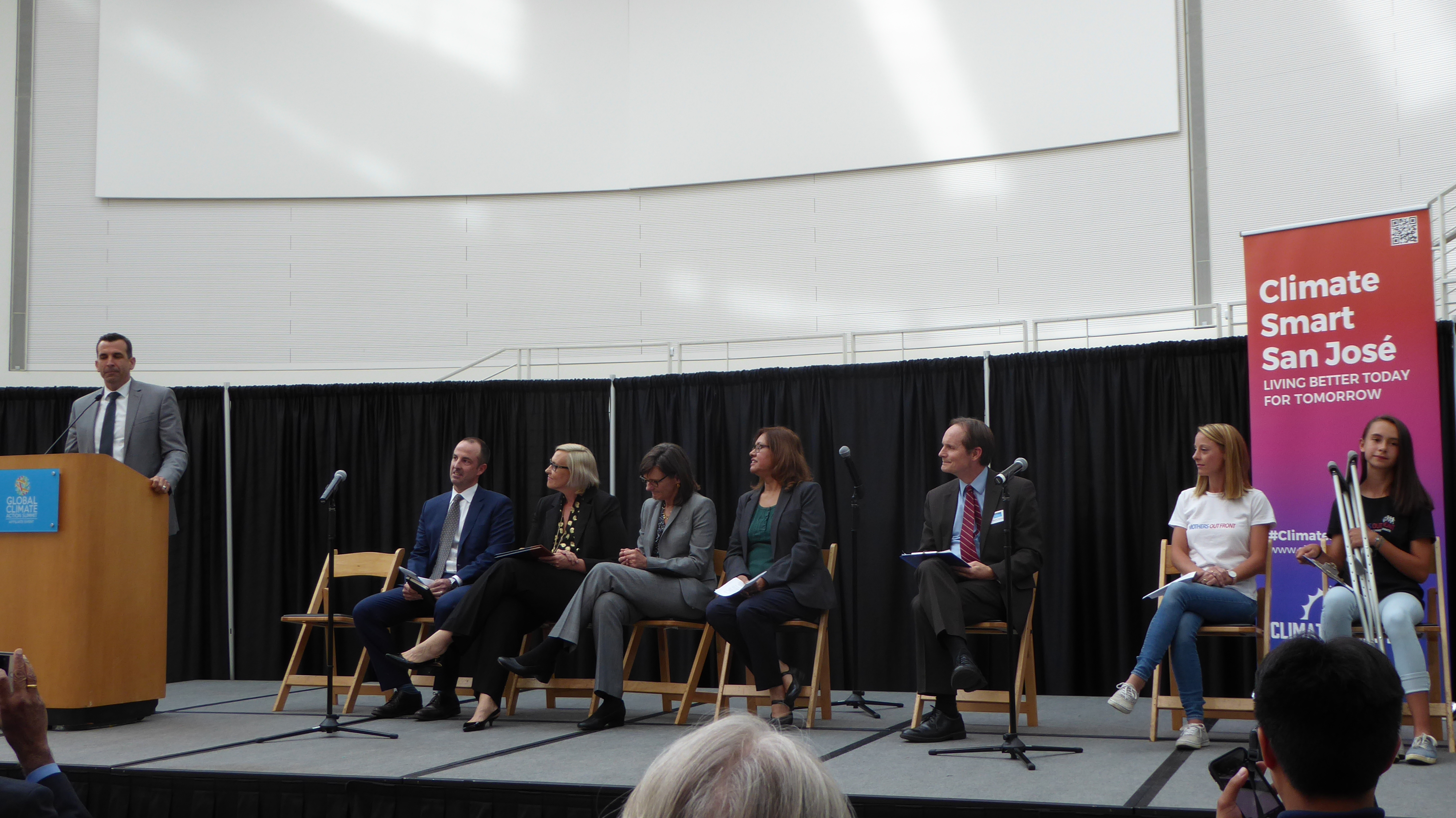 After literally flipping a switch—and lighting a super bright light—Mayor Liccardo poses with CCE advocates, including Ariana, Amanda and her son on far right. 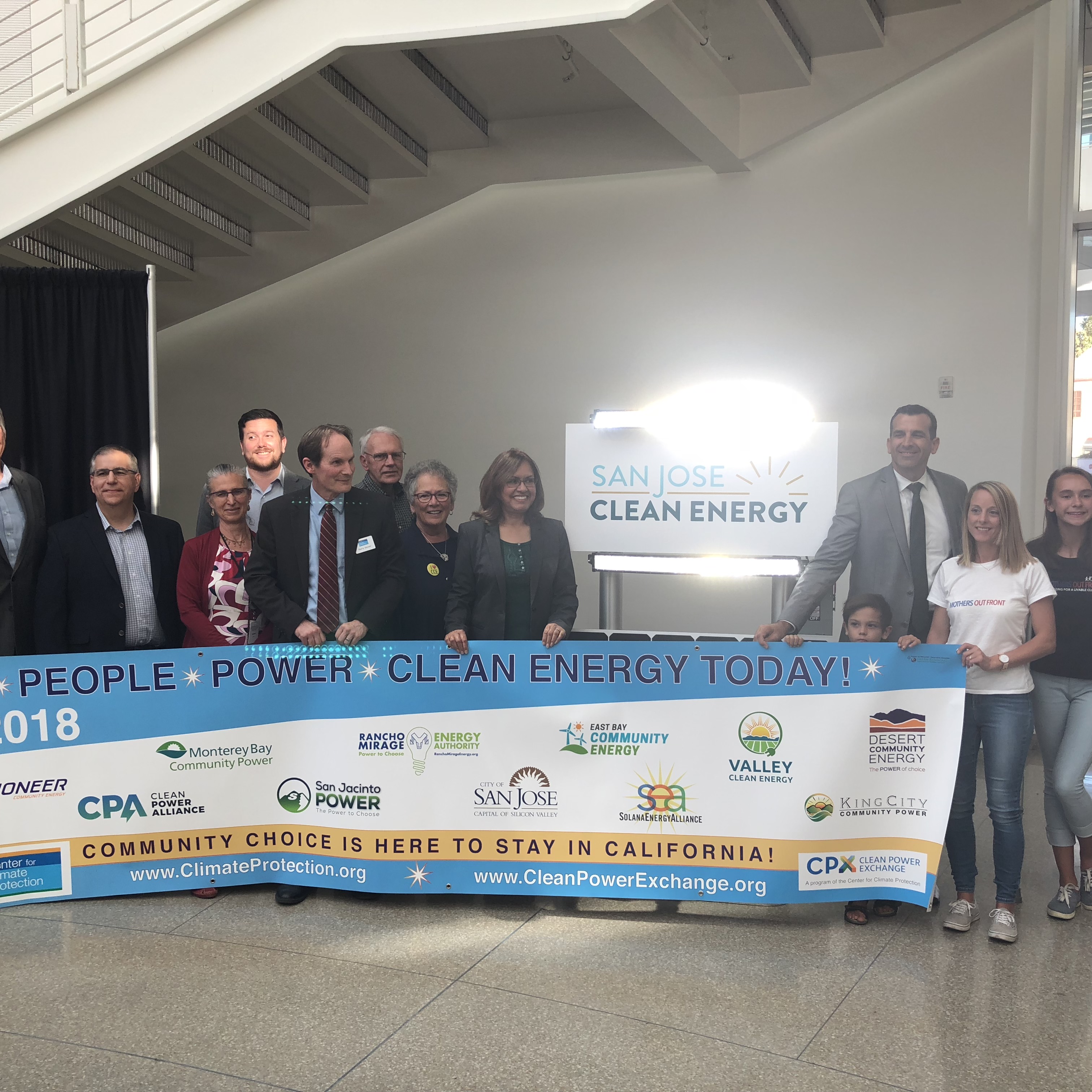 Other Mothers Out Front came out to cheer them on: 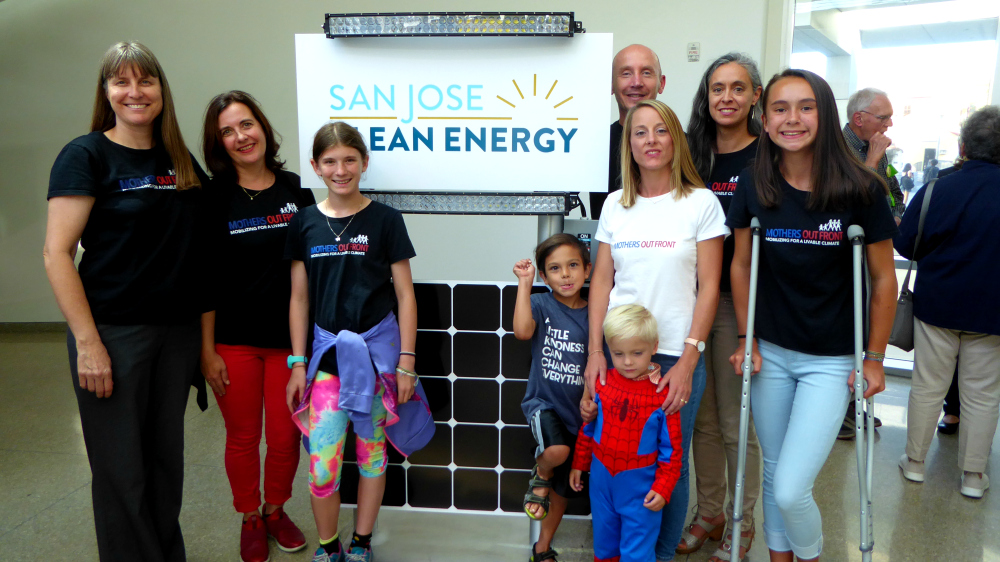 Mothers Out Front kids ham it up with the switch 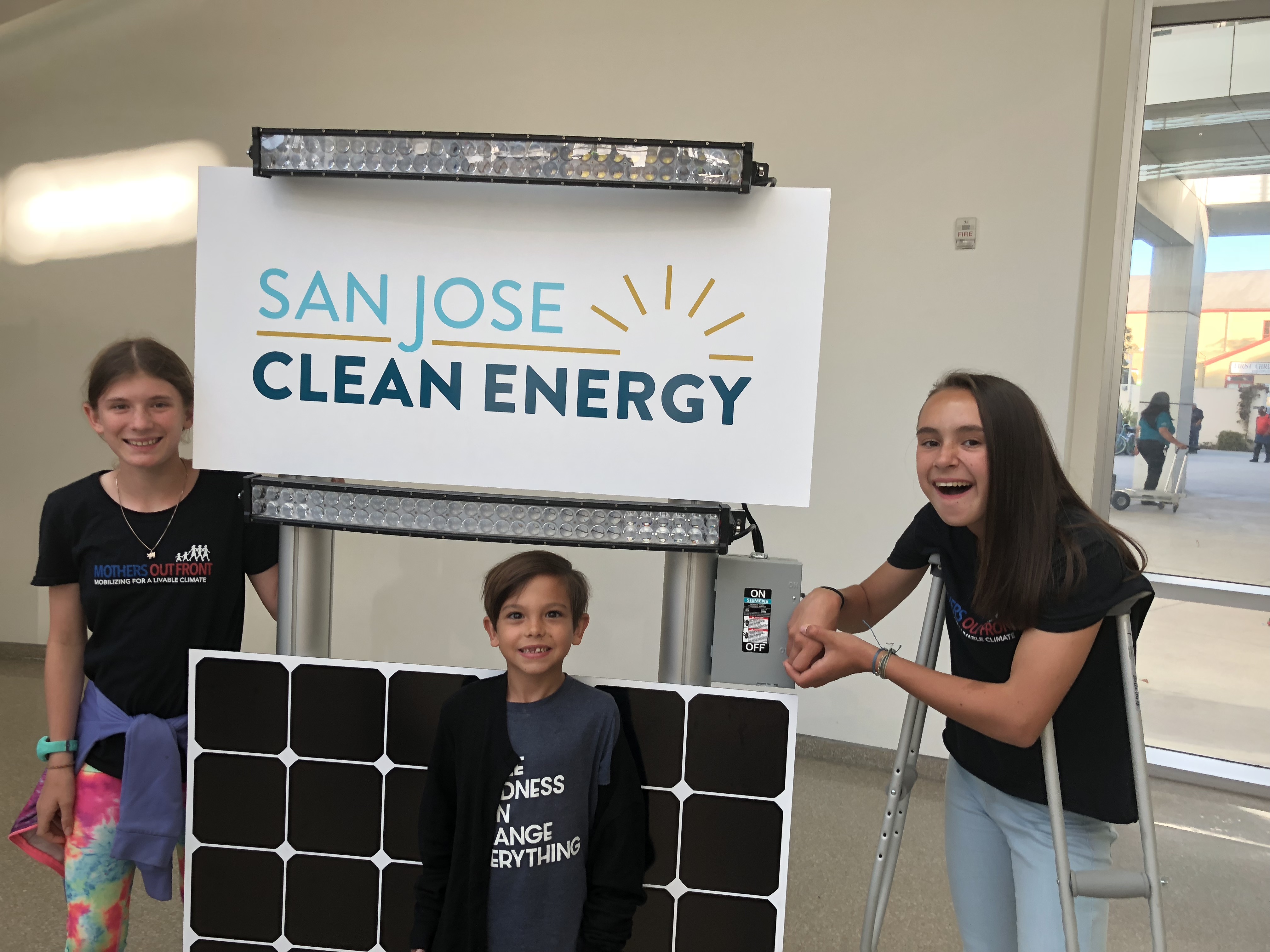