A group of 11 citizens including Martina Keim, the co-coordinator of the Mothers Out Front South Bay Team, met with Assembly Member Evan Low’s staffer for the environment to urge him to co-author Senate Bill 100, the California Clean Energy Act. Mothers Out Front South Bay has now delivered over 350 postcards from constituents to Assembly Member Low asking for his support on SB 100, the most important environmental bill of this legislative season. We hope he will announce very soon that he will vote for SB 100 when it comes to the floor for a vote in August. 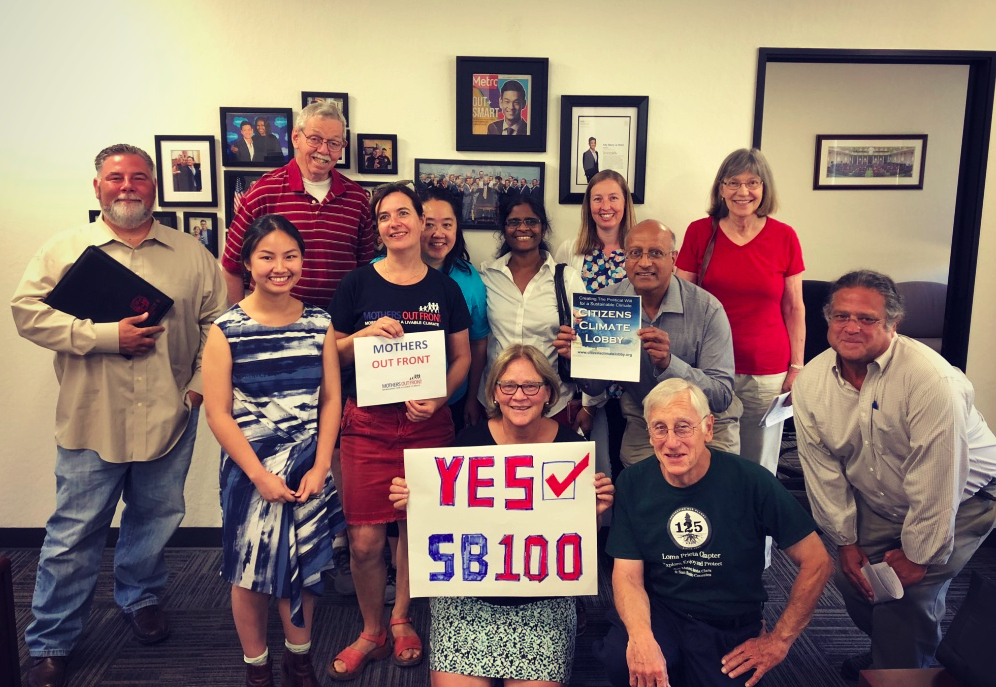