The South Bay (San Jose, CA) Mothers Out Front team recently joined the Silicon Valley Climate Action Alliance (SVCAA), a broad coalition of climate change, environmental, and social justice organizations in Silicon Valley who are working as a unified force to accelerate the move to a carbon-free energy environment.

As part of this coalition, South Bay Mothers Out Front team is participating in visits with local California state Senators and Assembly members to discuss California’s recent cap-and-trade extension and to encourage them to support climate-friendly and democracy-protecting legislation, in particular Senate Bill 100 (which would commit CA to achieving 100% renewable energy by 2045) and AB 249 (the California DISCLOSE Act, which would let voters know who is REALLY paying for campaign ads by mandating that the names of the top three funders be displayed prominently). 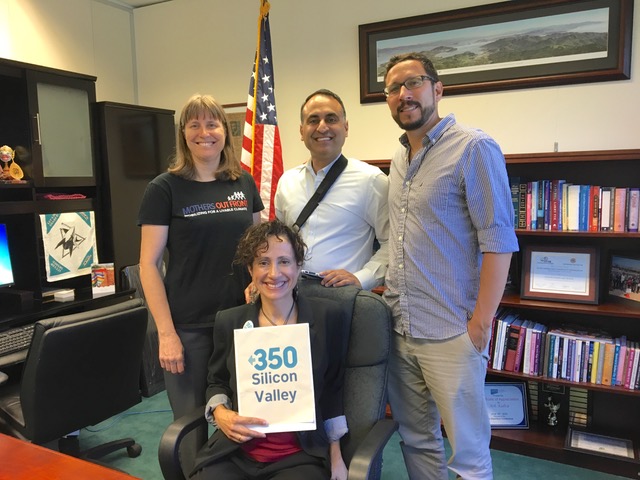 Above: South Bay Mothers Out Front team co-lead Linda Hutchins-Knowles (left) joined fellow SVCAA members Deborah Levoy of 350 Silicon Valley (seated) and Chris Lepe of TransForm (right) in a meeting with climate champion Assemblymember Ash Kalra (center) and his District Director Stacie Shih (the photographer). They discussed plans to support 100% clean energy in California with SB 100 and to bring greater transparency to California elections with AB 249 (the DISCLOSE Act). We expressed our thanks to him for his leadership on these vital bills. 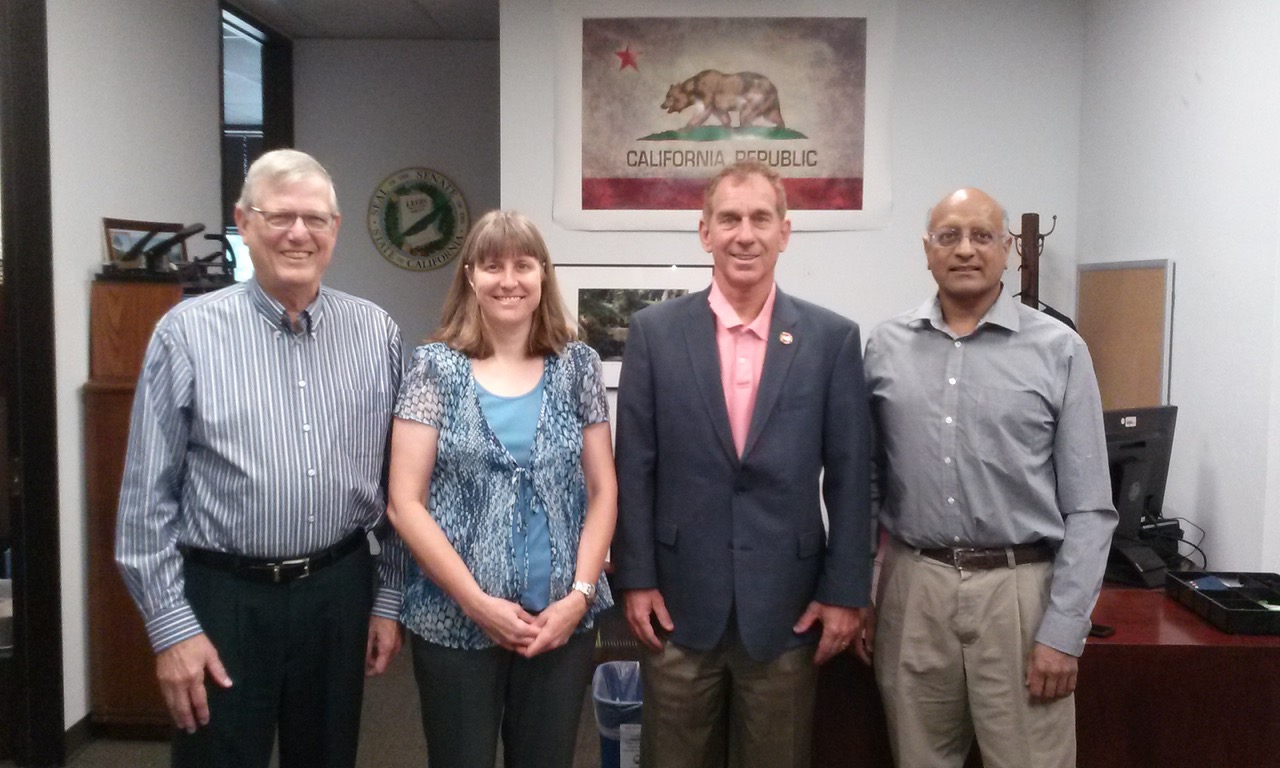 Above:  Members of the Silicon Valley Climate Action Alliance met with CA Senator Bob Wieckowski to discuss the recent cap-and-trade legislation and how to make it as effective and just as possible. We thanked him for his climate leadership on SB 775, a bill that would have established a very robust and well-crafted cap-and-trade extension which had garnered unanimous support from climate change and environmental justice organizations throughout California before being replaced by the bill that eventually passed, AB 398.