The South Bay Mothers Out Front team gathered at a park to celebrate their first campaign win, getting Community Choice Energy (CCE) for San Jose! They took a moment to show their thanks to the San Jose City Council and Mayor for voting—unanimously—to establish San Jose Clean Energy, becoming the largest CCE in the country! 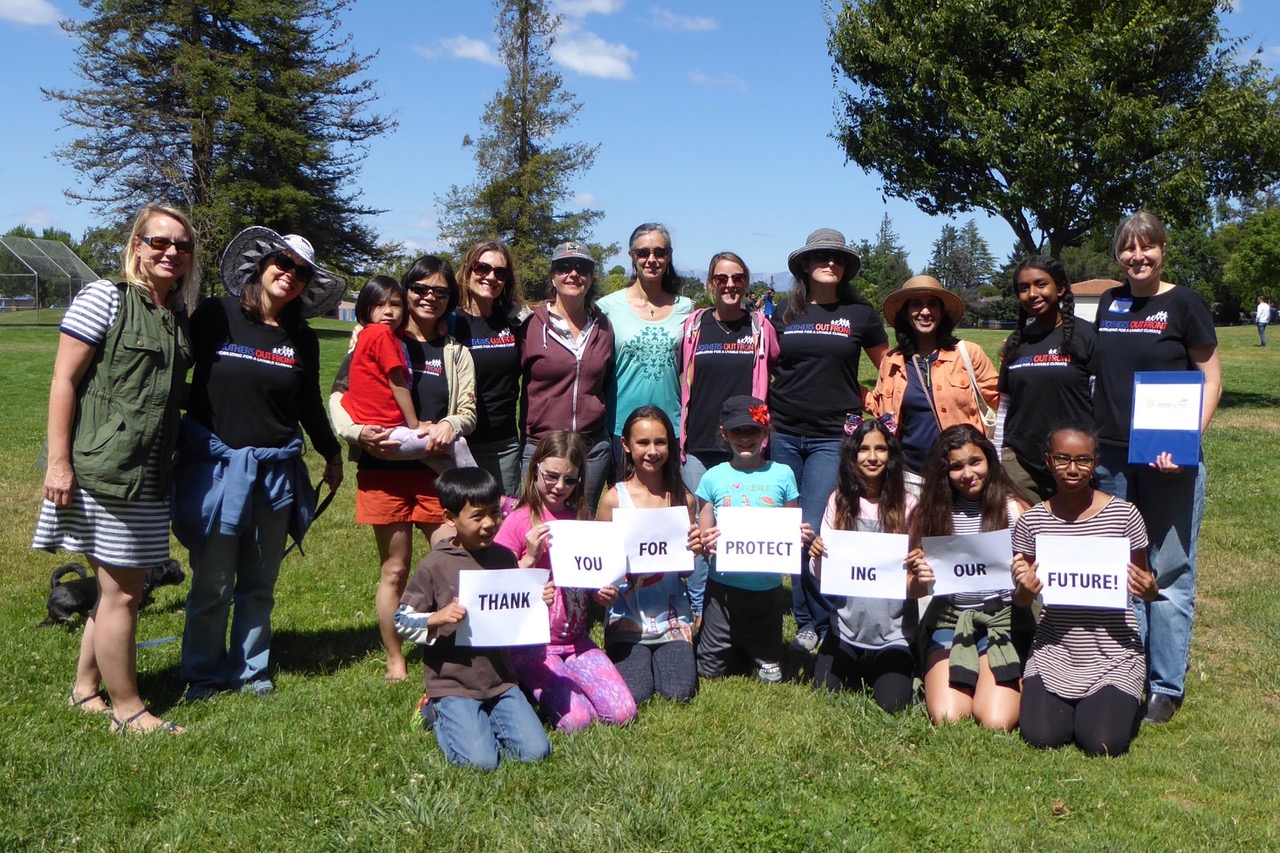 Afterwards, they celebrated with cake, symbolizing how establishing Community Choice Energy (CCE) lets us have our cake (cleaner energy) and eat it, too (lower electricity rates), all while protecting the climate for our children. 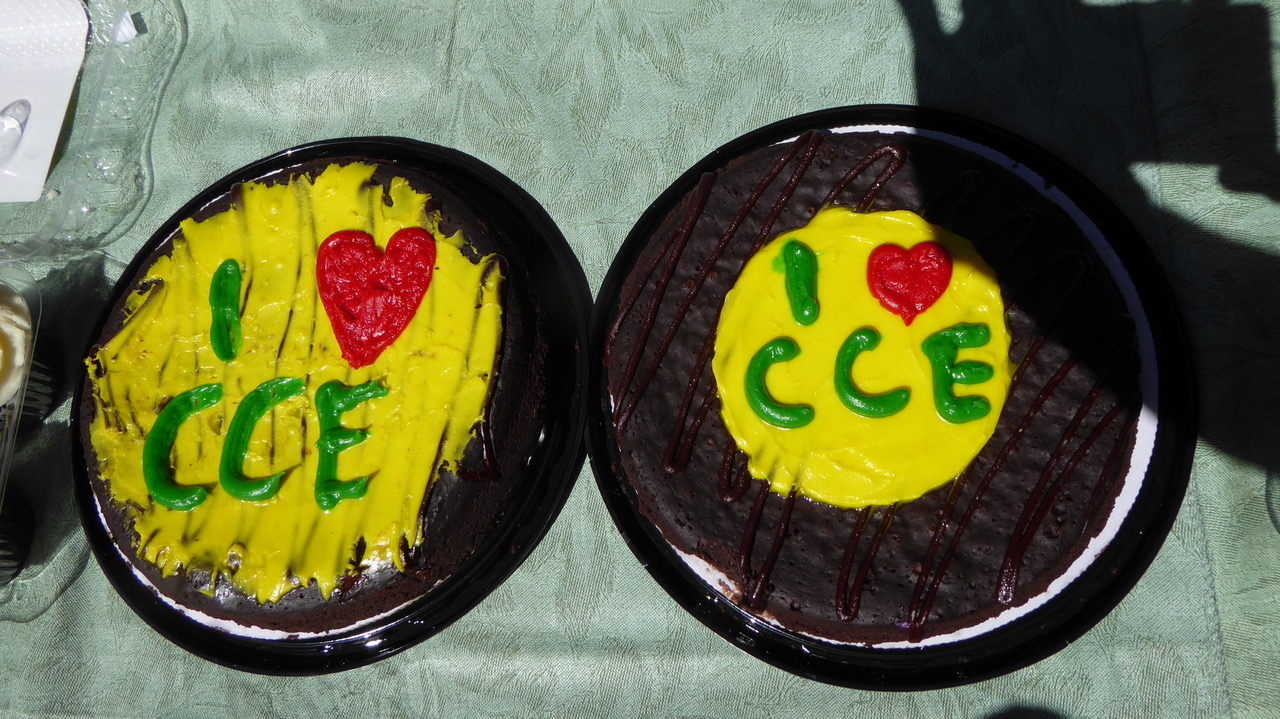 Just in time for Father’s Day, a small Mothers Out Front delegation brought cupcakes and thank you cards to San Jose City Hall for each of the 10 Councilmembers and the Mayor to show our appreciation for their climate leadership. 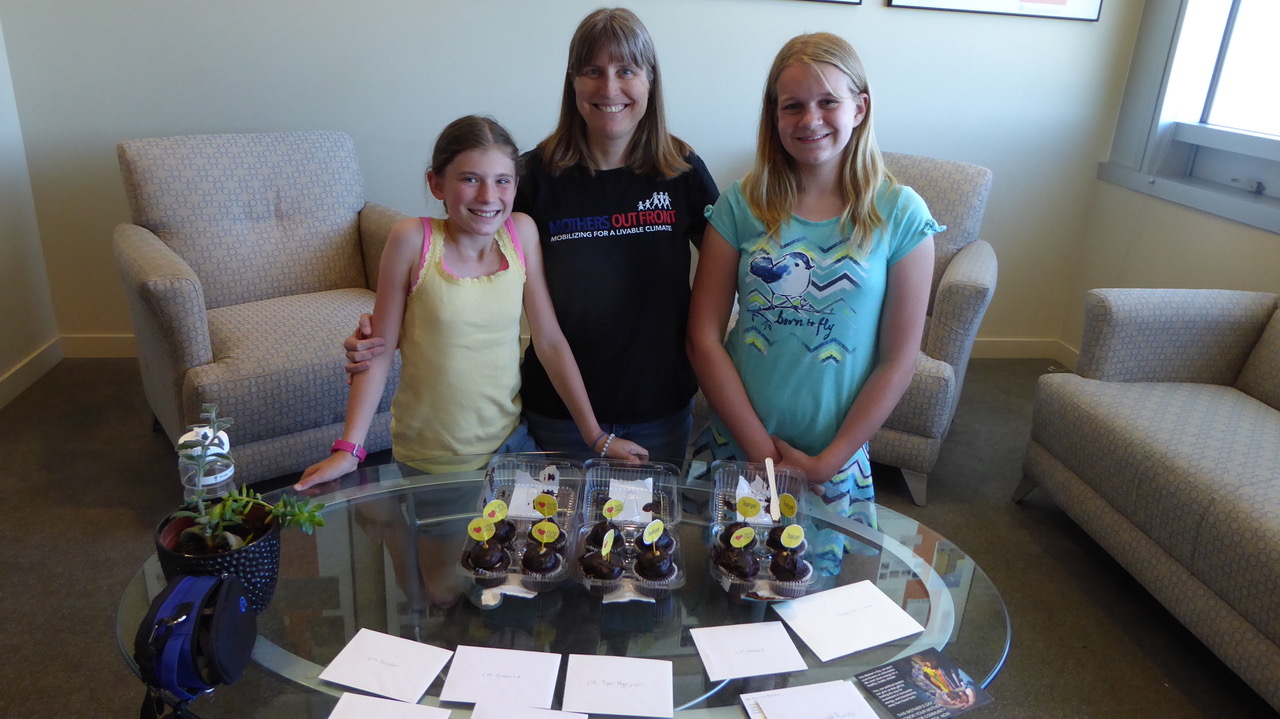 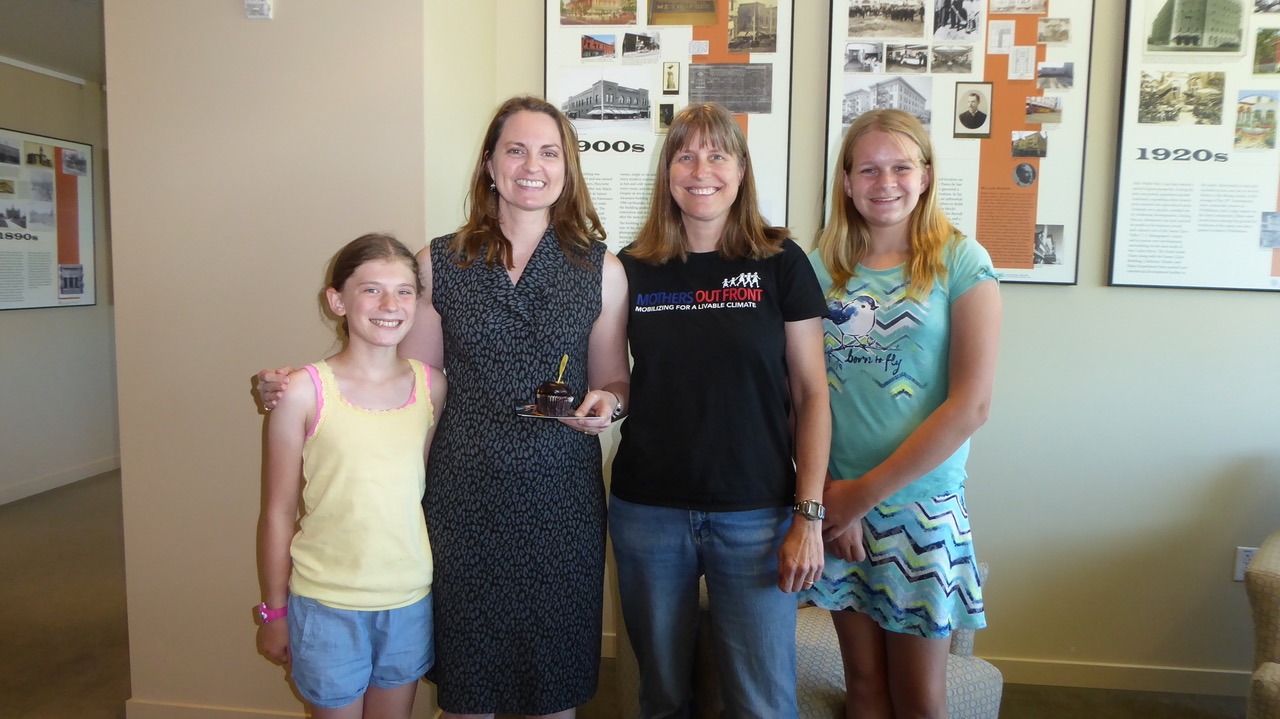 San Jose City Councilmember Sylvia Arenas (District 8) and several of her staff meet the Mothers Out Front delegation and receive her cupcake and card. 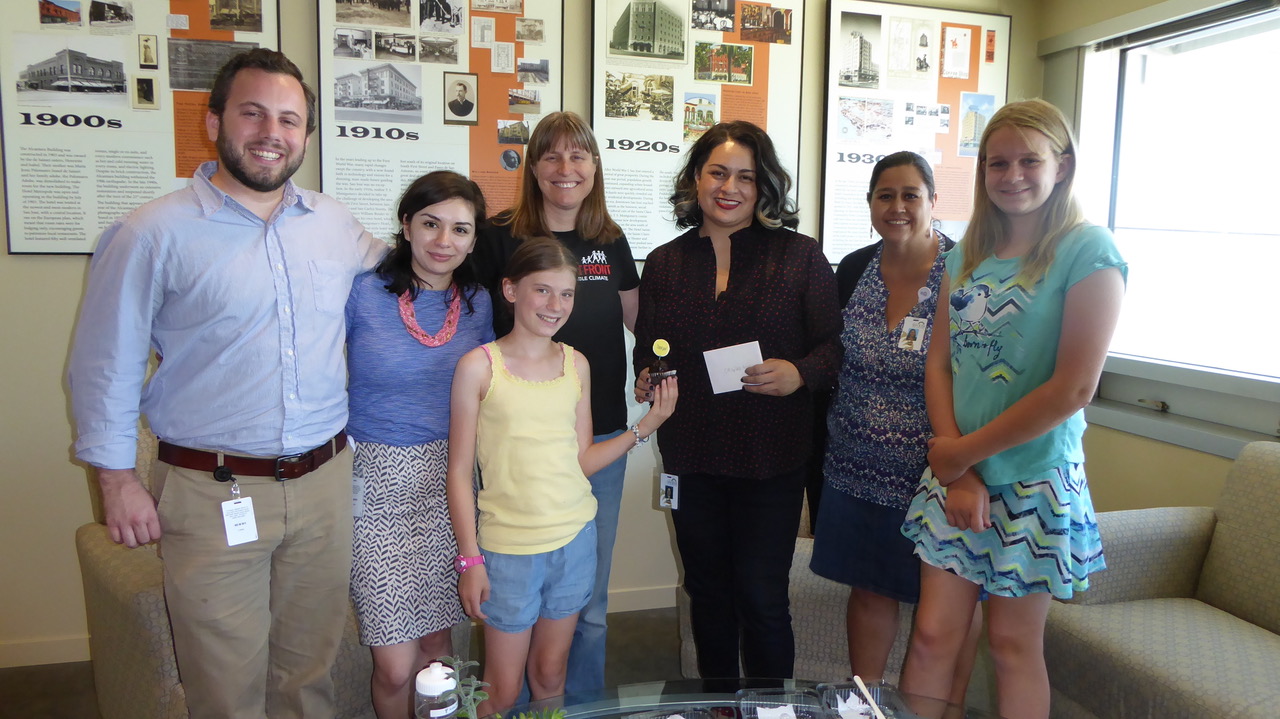