The Mothers Out Front South Bay team is celebrating the unanimous vote by the San Jose City Council on September 17th to adopt the most ambitious policy of any large U.S. city to incentivize the construction of all-electric (not fossil-fueled) buildings. Due to the advocacy of our mothers and allies, the city’s new “reach code" also mandates that all parking spaces in new multi-family buildings be at least EV-ready, giving these residents equal access to EV charging, thus boosting equity and lowering barriers to EV adoption.

Watch the video recorded by James Tuleya of Mother Out Front Susan Butler-Graham on the mic at the ceremony!

We appreciate the climate leadership of Mayor Liccardo who, along with Councilmembers Peralez, Diep, Carrasco, and Davis, listened to the mothers and improved the draft reach code from “meh” to “wow!” We also applaud Councilmembers Jimenez, Esparza, Arenas, Foley and Khamis for voting in favor (Jones was out of town). And we congratulate Mayor Liccardo and the City Council also for voting unanimously to declare a Climate Emergency.

We recommend that the City move forward soon to convene a technical roundtable of experts to educate Councilmembers, staff and developers about the state-of-the-art technology solutions which enable even high-rise buildings to be built all-electric at a lower cost than with fossil fuels. #SJReachForTheFuture! 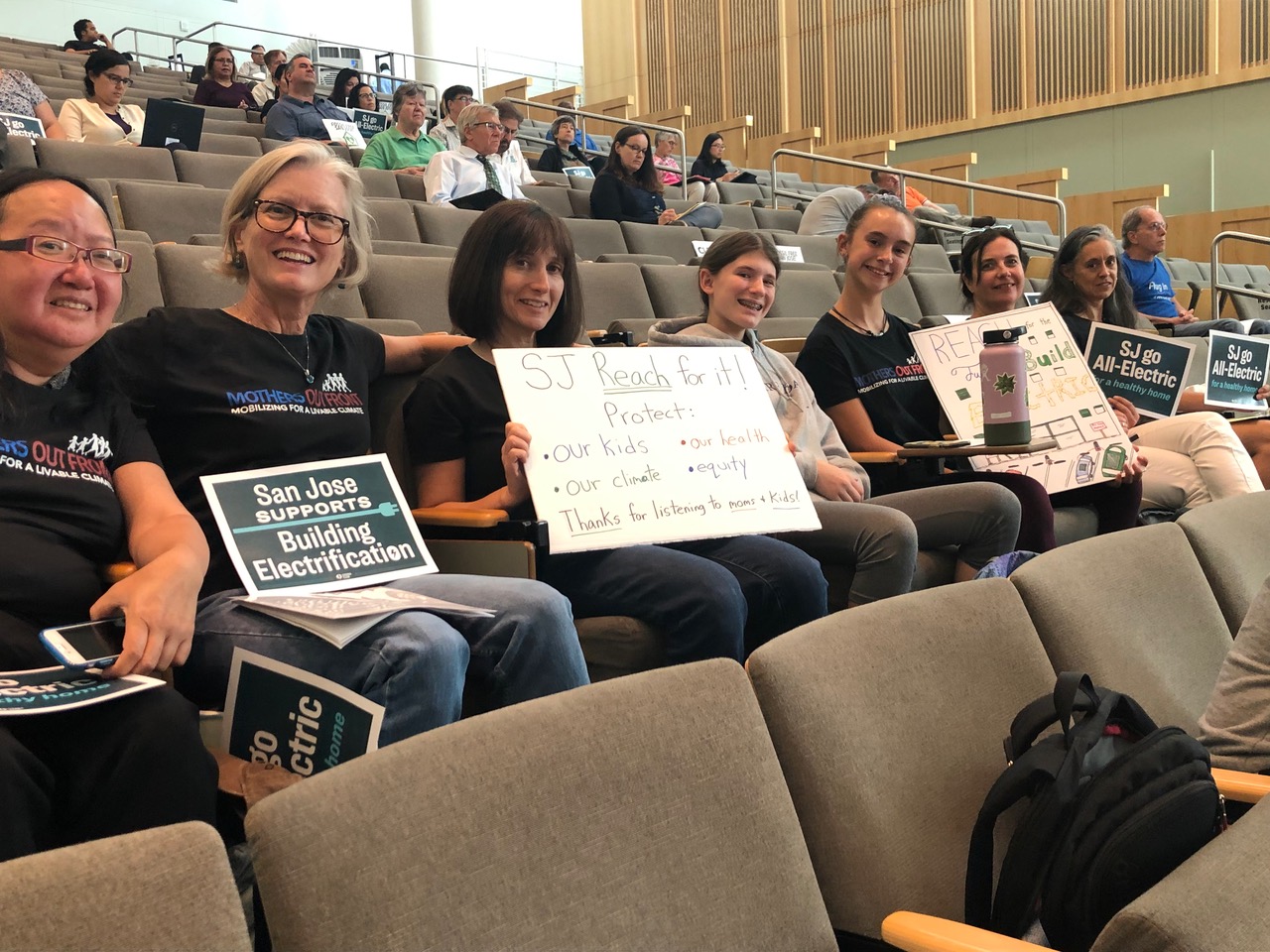 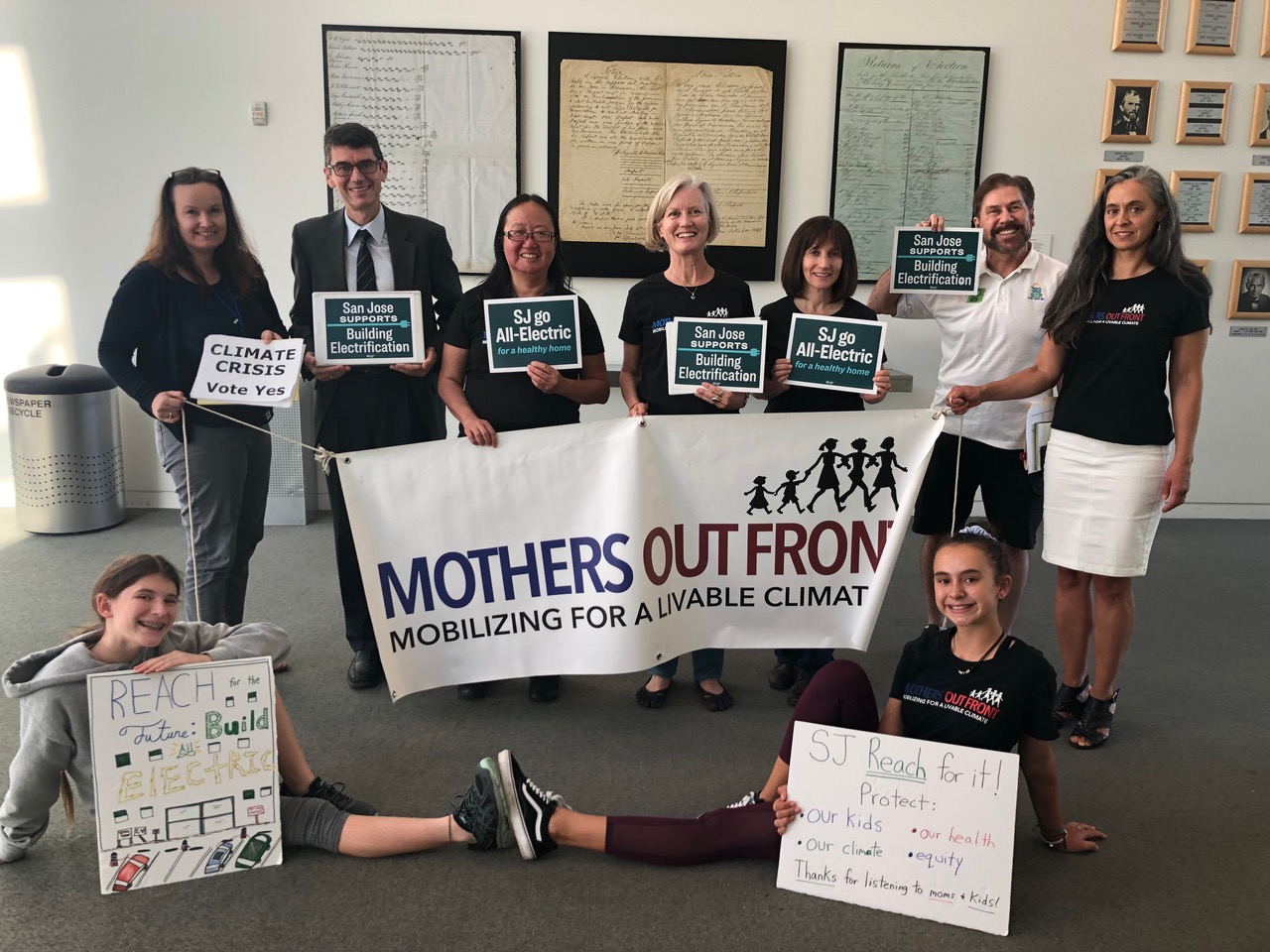 Mothers Out Front South Bay members and allies celebrate after the Council’s unanimous votes to (a) pass a pioneering reach code and (b) declare a climate emergency. 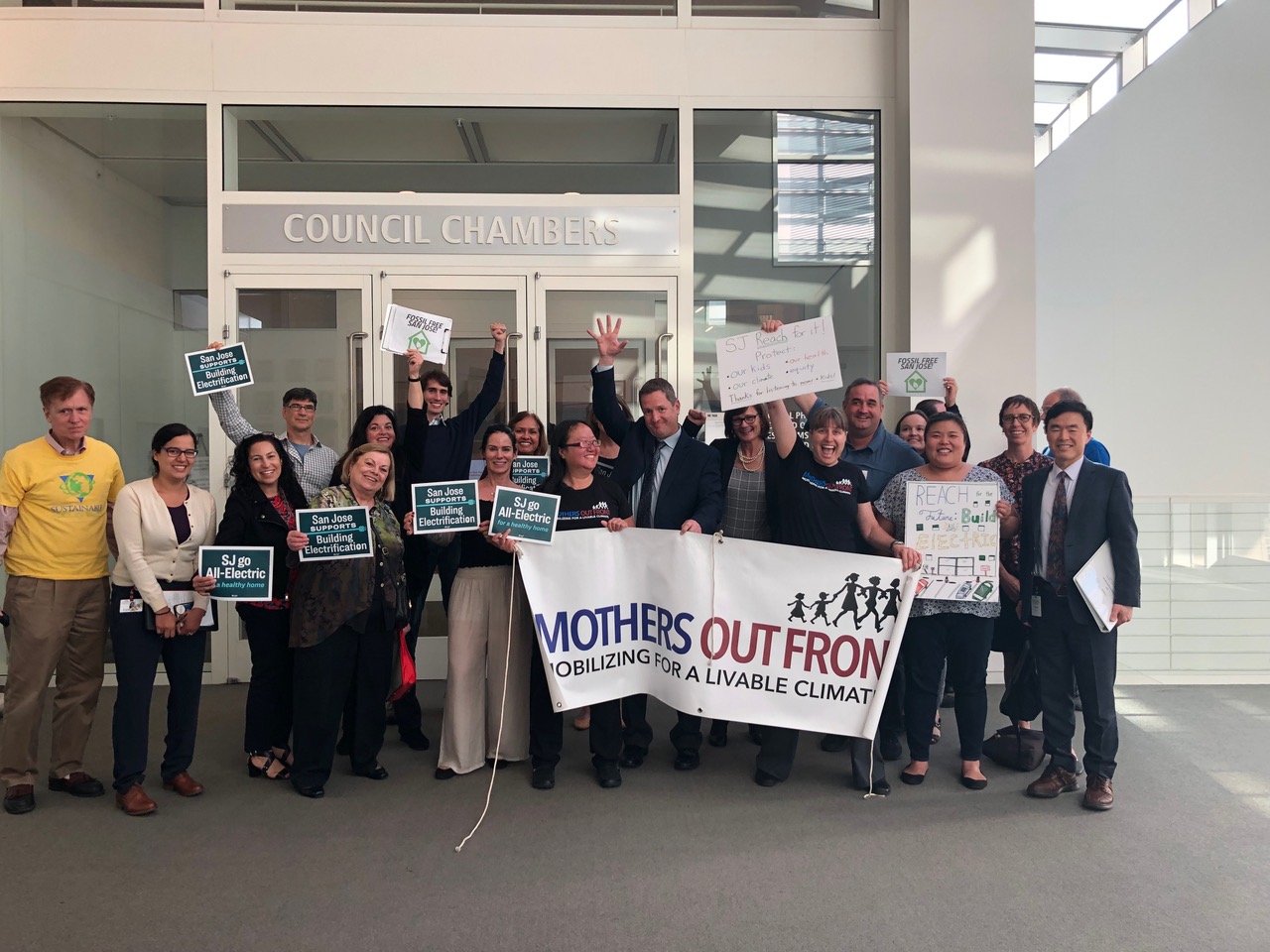 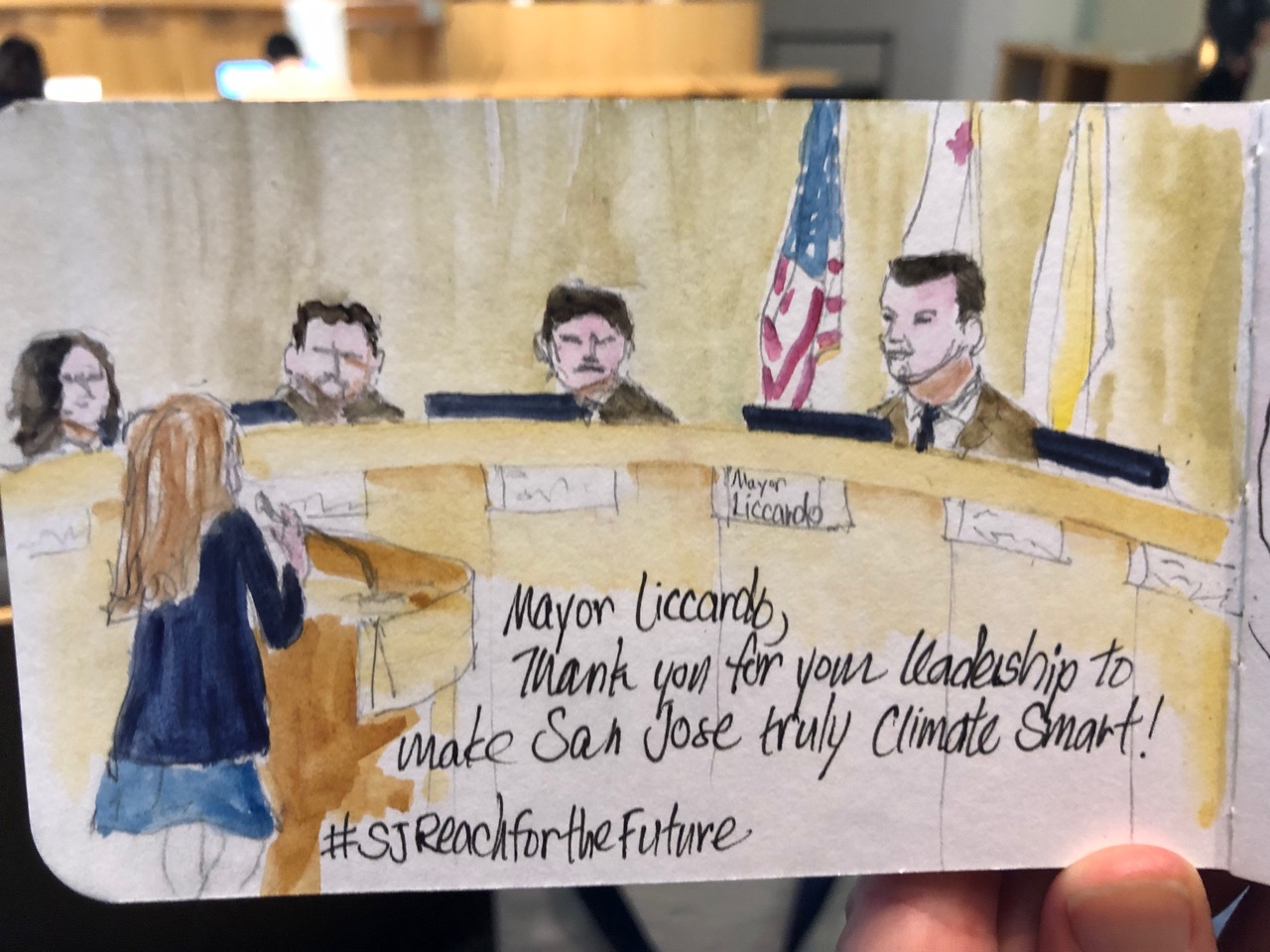 Team member Susan Butler-Graham sketched this during the Council meeting and sent it to Mayor Liccardo as a thank you for his key role in strengthening the reach code and encouraging the declaration of a climate emergency. This is what climate leadership looks like!