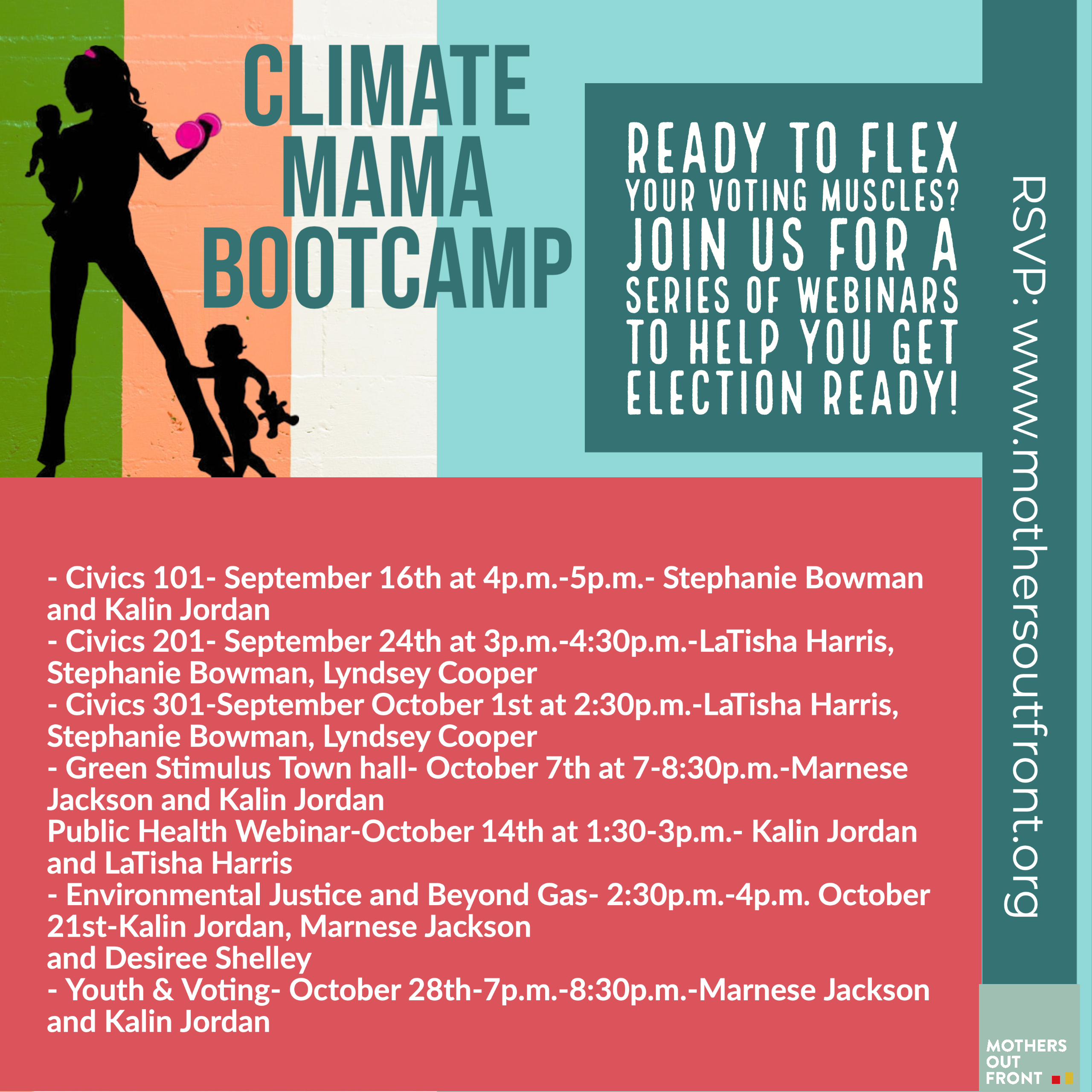 The Civic Engagement 101 Webinar will cover the basics of how voting is working this year. This will include the registration process, how to vote, understanding constitutional rights, and the basics of the Electoral college. This webinar will be facilitated by Movements and Campaign Senior Organizers Stephanie Bowman and Kalin Jordan.

The Mothers Out Front Movement and Campaigns team will be hosting a Civic Engagement 201 Training that will share a historical analysis of Voter Suppression and a behind-the-scenes view of the legislative process. This training will be facilitated by Latisha Harris, Lyndsey Cooper, and Kalin Jordan.

The Civic Engagement 301 is a continuation of voting basics that will focus on Electing Climate Champions: Elected officials who advance climate policy (can be at the local, state, and federal level). The training will be facilitated by the Movements and Campaigns Team alongside the ECO Series team: Lyndsey Cooper, LaTisha Harris, Stephanie Bowman, and Kalin Jordan.

This community event will share information on the connections between public health and climate change and how voting can impact it. There will be a focus on Environmental Justice communities and health disparities.

Environmental Justice and Beyond Gas

We will discuss the importance of the youth vote. This will be facilitated by Marnese Jackson and Kalin Jordan.