Mothers demand Supreme Court give kids their day in court

On a clear August evening in 2012, the Chevron refinery in Richmond, California caught fire. Residents remember the blue sky turning dark as toxic smoke filled the air around their homes.  Although young people in the community have witnessed neighborhood gang violence, crime, and the deaths of family members and friends, that day made a lasting impact on them.

“Companies put their refineries in places where they think no one will notice if a few more people die,” Linda Scruggs, an 18-year-old Richmond resident, told me at the San Francisco rally to support the 21 young people, known as the “climate kids,” last week. 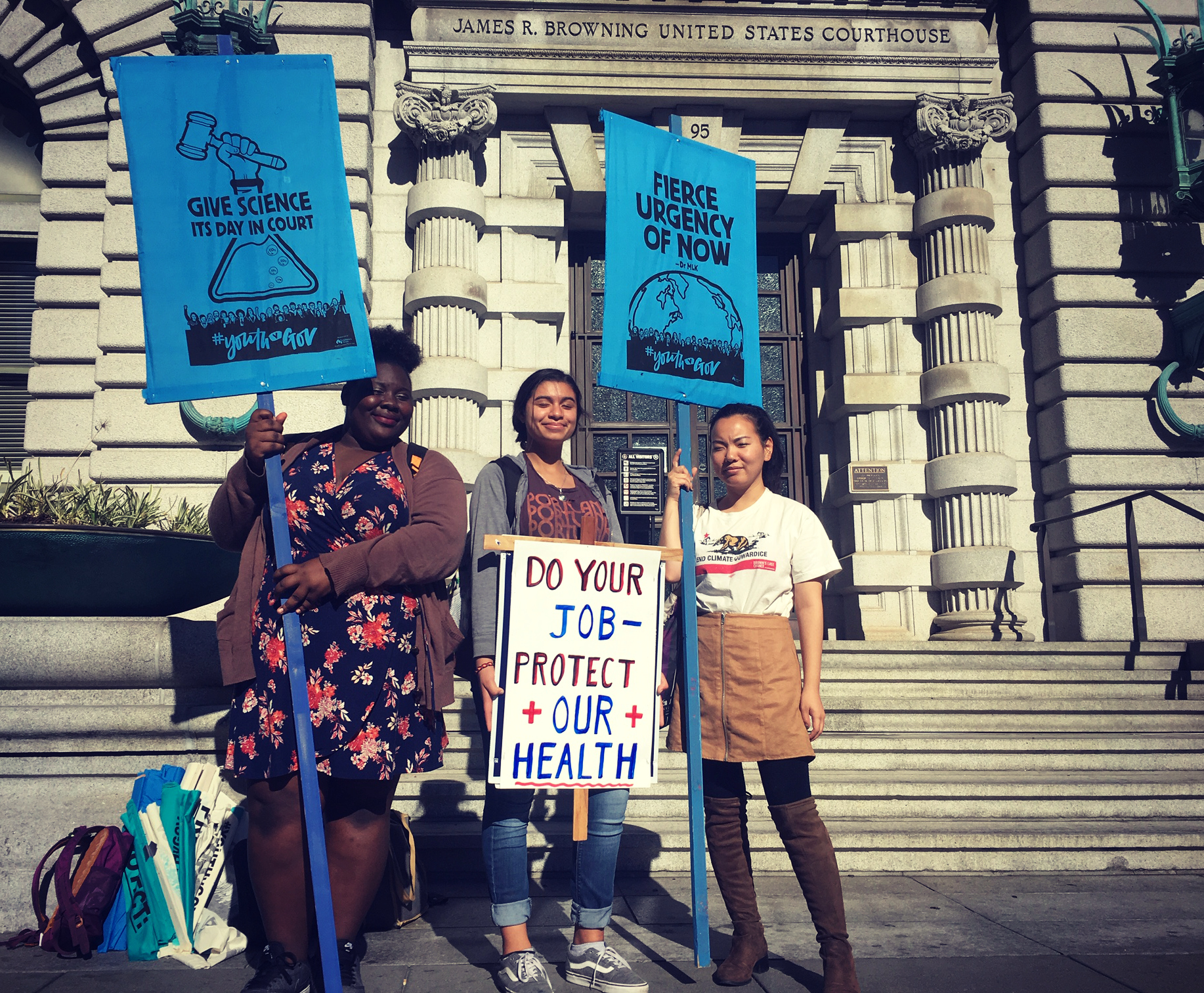 Linda Scruggs (left) stands alongside participants at the San Francisco rally to support the climate kids.

Her statement broke my heart and filled me with anger. As a mother, I care about my children’s health and safety. They’re important to me, and I want them to feel important to others. No young person should feel like their future doesn’t matter.

But this is the message the federal government is delivering to our children. Mothers, grandmothers and Americans across the country stood together last week to demand that the United States Supreme Court give climate kids their day in court. Thankfully, the Court has permitted the case to move forward. 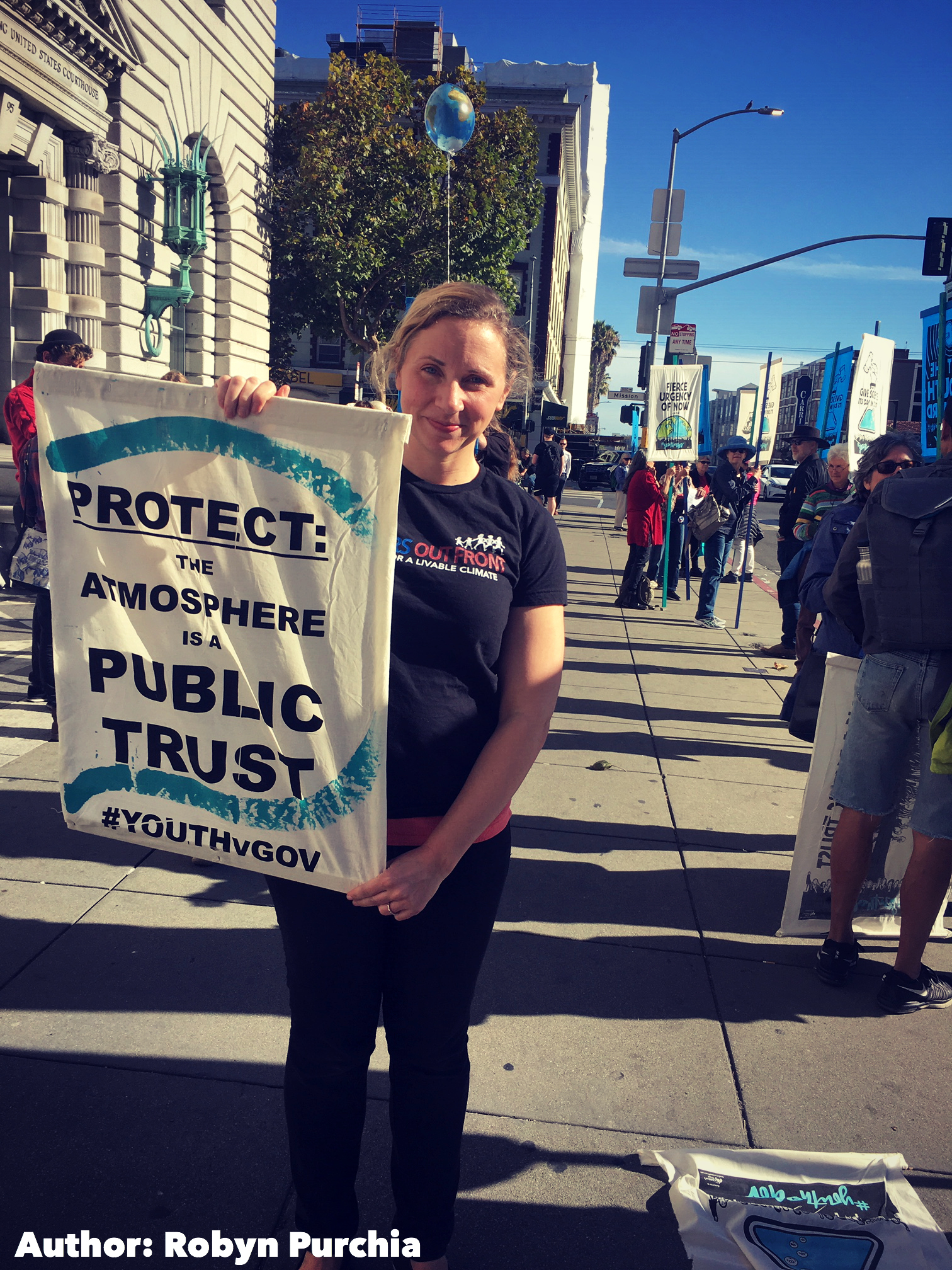 Although scientists have known about climate change for decades, the United States has ignored their warnings. Federal lawmakers are putting the profits of a few before the health and prosperity of our children, and the many others affected by fossil fuels and climate change.

This is why the 21 young people are suing to protect their constitutional rights. Their case has advanced, despite numerous attempts by the Trump administration to quash it. A trial date was finally set for October 29th. But the Supreme Court temporarily halted proceedings while it considered whether their claim is baseless.

The stay made me, and many other mothers and grandmothers, livid. A dismissal would mean every branch of the federal government will have told children that they are not entitled to a future where food and water is secure, air is healthy, and the planet is livable.

Thankfully, the Supreme Court refused to halt the suit. The three-page order said the Trump administration should seek relief from the United States Court of Appeals for the 9th Circuit.

Although the path ahead for the young plaintiffs is unclear, Mothers Out Front, a movement more than 22,000 strong, will stand by them as we fight for our children’s health today and ensure they have a livable climate tomorrow.

In California, we’ve successfully urged local and state leaders to put more clean energy on the grid. We hold all leaders, regardless of party, accountable for protecting our children’s future. We’ve worked with more than 800 other environmental organizations to demand Democrat Gov. Jerry Brown stop oil and gas extraction in the state.

Note: Sign up with Mothers Out Front California to find out how you can get involved! Just click here.