On Friday, February 20th, the Cambridge, MA City Council voted to adopt Policy Order #18.  This order was introduced by City Councillor Dennis Carlone, and inspired by his meeting with the local Mothers Out Front team.

As noted on Councillor Carlone's blog, "Presently, the City obtains its electricity from TransCanada, the same corporate entity behind Keystone XL, the notorious pipeline project that has been described as 'game over' for the planet by noted scientist James Hansen.  With the approval of this order, the City Manager is now requested to terminate the City's relationship with TransCanada. Instead, the City will look to identify a new supplier to provide up to 100% renewable energy for all municipal operations."

Mothers Out Front representatives testified at the City Council meeting prior to the vote.  The entire video of the testimony is available on the blog site here:  http://www.denniscarlone.org/renewable_energy_order

Thank you to City Councillor Dennis Carlone and the Cambridge Mothers Out Front team for your hard work and dedication in preserving a safe and prosperous future for all children! 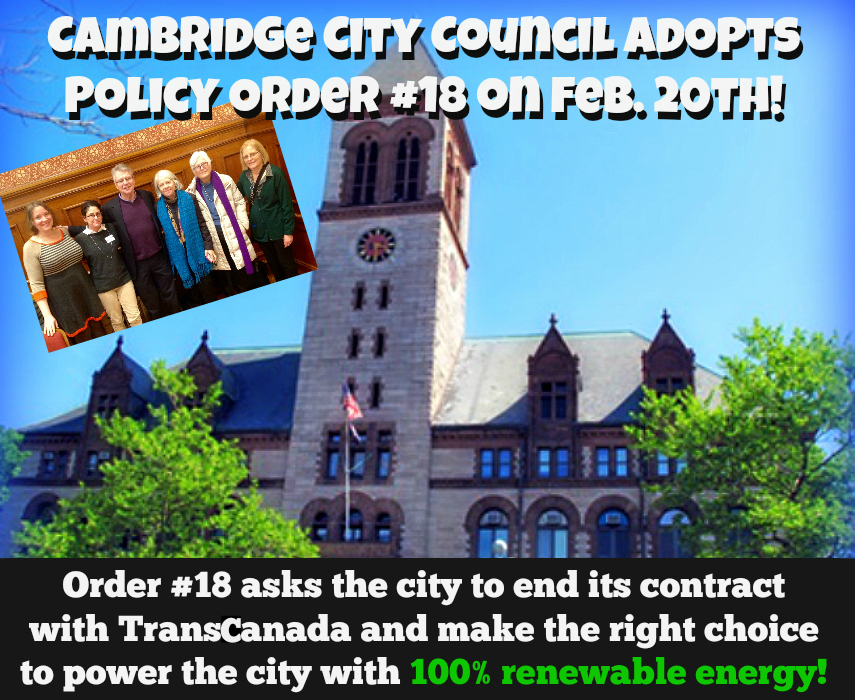