Dollars disappear into thin air as gas seeps through our streets.

Massachusetts’ consumers pay $100 million each year for wasted, harmful methane gas that leaks beneath our streets. The amount of gas seeping out in Greater Boston alone could provide energy to heat 200,000 homes. Meanwhile, leaking gas boosts the Commonwealth’s climate-changing emissions by 10 percent since methane is far more detrimental than CO2.

WHAT: Raise a Stink Gas Leaks Campaign – a flag-placing, doorknob-hanging public information campaign identifying gas leaks throughout Cambridge. Mothers, grandmothers, children and allies will tag more than 200 gas leaks in the City of Cambridge with yellow flags and hang doorknob info sheets to alert nearby neighbors about the harmful and costly effects of methane.

(We can send files of the signs and door hangers if you'd like to see them.)

WHO: Mothers Out Front (Cambridge): Mobilizing For a Livable Climate

In a grass-roots mobilization to protect our children from the most harmful effects of climate change, Cambridge mothers and grandmothers are speaking out -- against the dangers of fossil fuels and for a complete transition to renewable energy.

Meet us on the front steps (look for Mothers Out Front t-shirts!). Together we will flag a gas leak on the corner then proceed inside to City Hall’s Sullivan Chamber, 2nd floor. 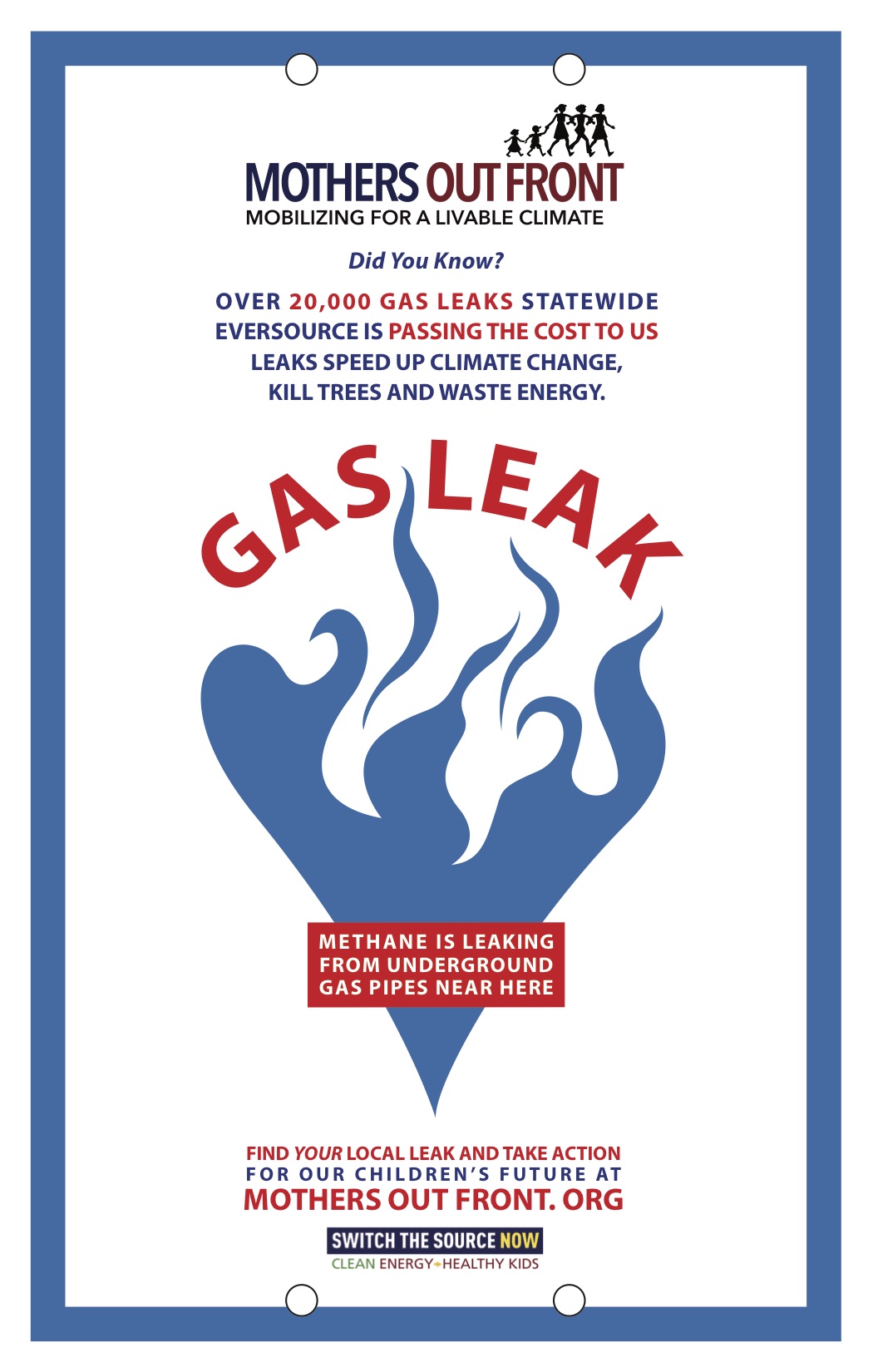