"For the first time in its 25-year history, the Environmental Film Festival is expanding beyond the nation’s capital and going On Tour for a special film showcase in Boston, Massachusetts.

The two-day event, presented by Bank of America, will take place from September 28-29 at Kendall Square Cinema in Cambridge. Four exceptional, environmental films – all Boston premieres – will be featured and each screening will be followed by a Q&A with filmmakers, scientists and experts."

The event is a part of HUBweek, a creative festival that celebrates innovation at the intersection of art, science, and technology. 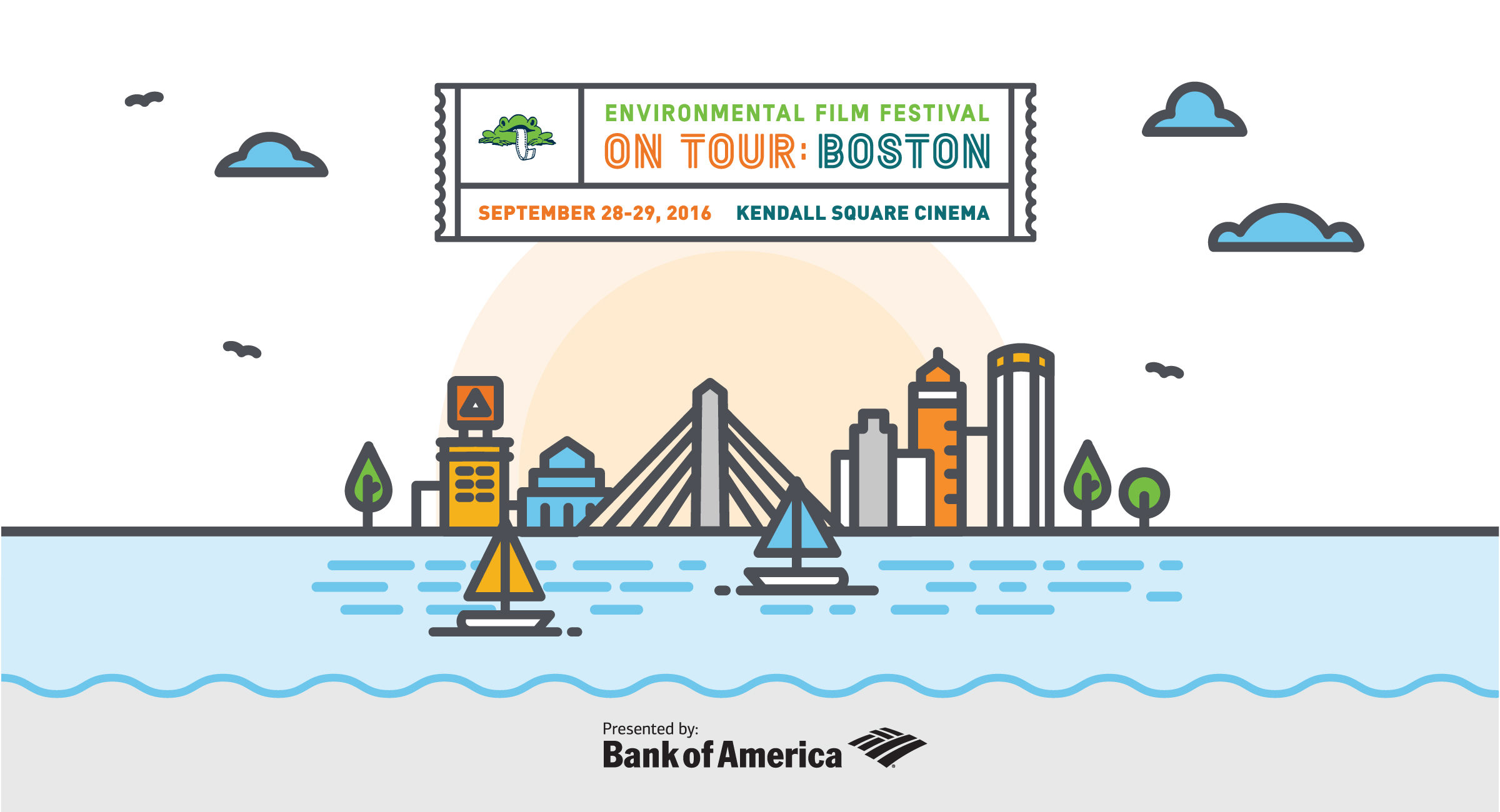