June 7, I made my way to Boston University to catch Mayor Walsh at the International Mayor's Climate Summit taking place one day ahead of the United States Conference of Mayors' 86th Annual Meeting. Mayor Walsh would be speaking at a press conference with Secretary of State John Kerry to officially announce his proposal that cities purchase renewable power together. Wearing my Mothers Out Front uniform, black t-shirt and black pants, I hoped to press him on the implementation of Community Choice Energy. 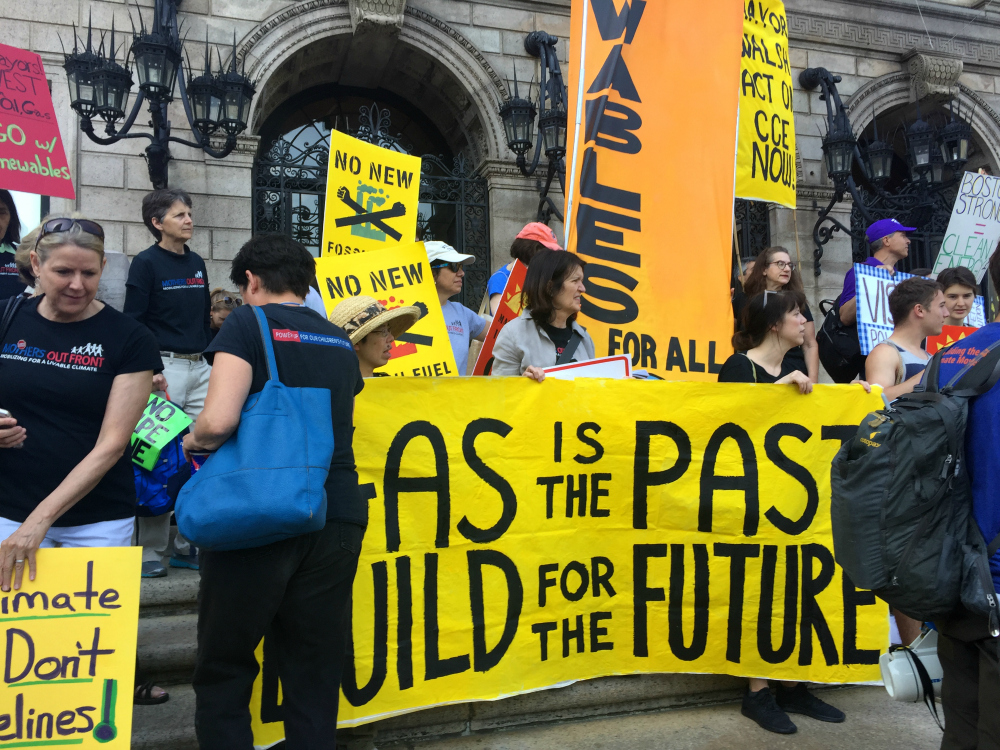 Walking with confidence, I smiled my way right up to the door of the press conference before event staff turned me away. A man seated in a nearby chair looked up from his typing and gave me a faint smile. I noticed at Boston Globe sticker on his laptop. I said, "You work for the Globe?"  "Yes." "Are you David Abel?"  I got a curious head tilt and another "Yes." I quickly introduced myself and explained that I while I knew he covered the environment for the Globe, I also knew his wife was friends with our team's co-coordinator. We began to chat, but moments later, I saw over his shoulder that President Obama's EPA Administrator Gina McCarthy was walking towards us. I murmured, "Oh! There's Gina McCarthy."  David immediately stood up and turned just in time to extend his hand to her. After a quick exchange her gaze fell on me. Her face lit up and she exclaimed, "Mothers Out Front! I love the mothers!"  As she leaned in to hug me, I said, "We love you too!"

The next day 300 concerned citizens turned out in front of the main branch of the Boston Public Library at Copley Square for a rally named "Walk the Talk" and designed to pressure Mayor Walsh in front of his peers at the United States Conference of Mayors' 86th Annual Meeting to move ahead with implementing Community Choice Energy for the city of Boston. Big new eye catching signs unfurled and a tailored made chant moved the crowd, "Let's go Marty 1, 2, 3! Community Choice Energy!" 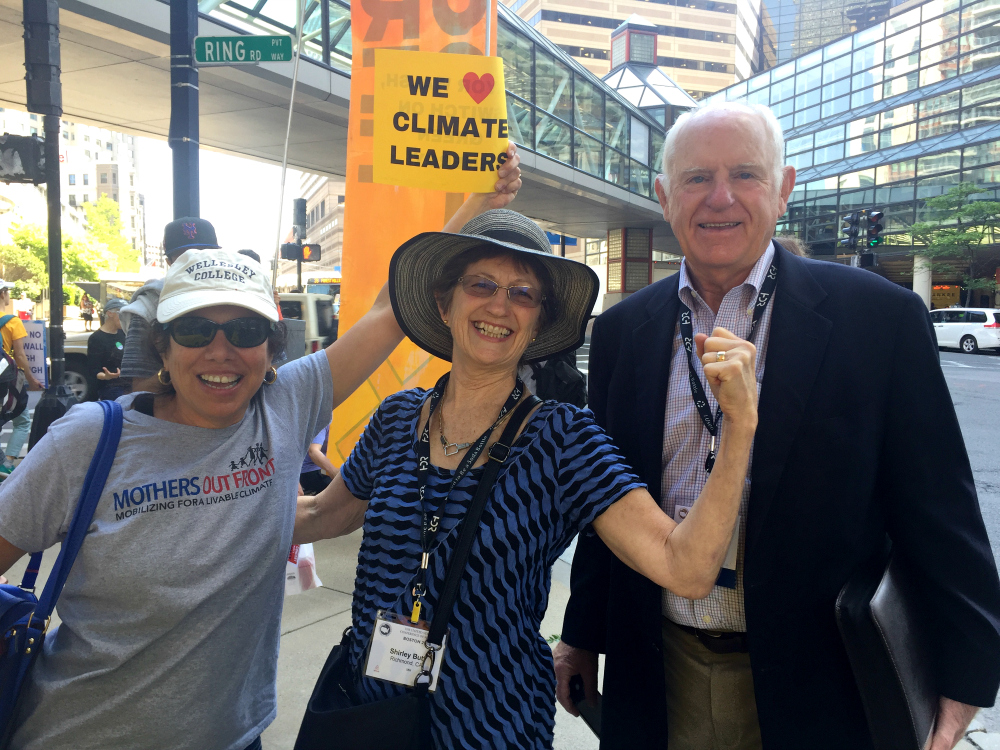 Along with other members of our Jamaica Plain team I stood on the corner holding a sign reading "Gas in the Past. Build for the Future." We were soon talking to a couple of delegates to the conference who crossed the street to learn about our hubbub. Mayor Tom Butt of Richmond, California was perplexed about the delay in implementation of CCE in Boston. We spoke for a long time with Mayor Butt and his wife Shirley, "It's not that hard. We did it a long time ago." He knows what he's talking about. Mayor Butt is the Vice Chair of Marin Clean Energy a coalition of 3 counties and various cities and towns north of San Francisco that run California's first CCE program. He handed us his card and said, "If I see your mayor, I'm going to tell him he should really do it. We can share what we learned."