After a big victory getting a Climate Emergency Resolution passed leading up to the Youth Climate Strike, Worcester ended the week of action with a rally on September 27th. The rally started at the Lincoln Square Plaza with a few hundred people in attendance. The march continued a few blocks down Main Street and made a stop in front of the TD Bank. Mothers Out Front Worcester volunteer leaders Wahya Wolfpaw, Christina Wertz and Selina Gallo-Cruz were in attendance and marched with the Mothers Out Front banner. The group met with others in front of the City Hall steps for the remainder of the program.

Wahya represented Mothers Out Front Worcester as one of the speakers in the program. She pleaded with the adults in the rally to support the young people's leadership to protect our community against the climate crisis. 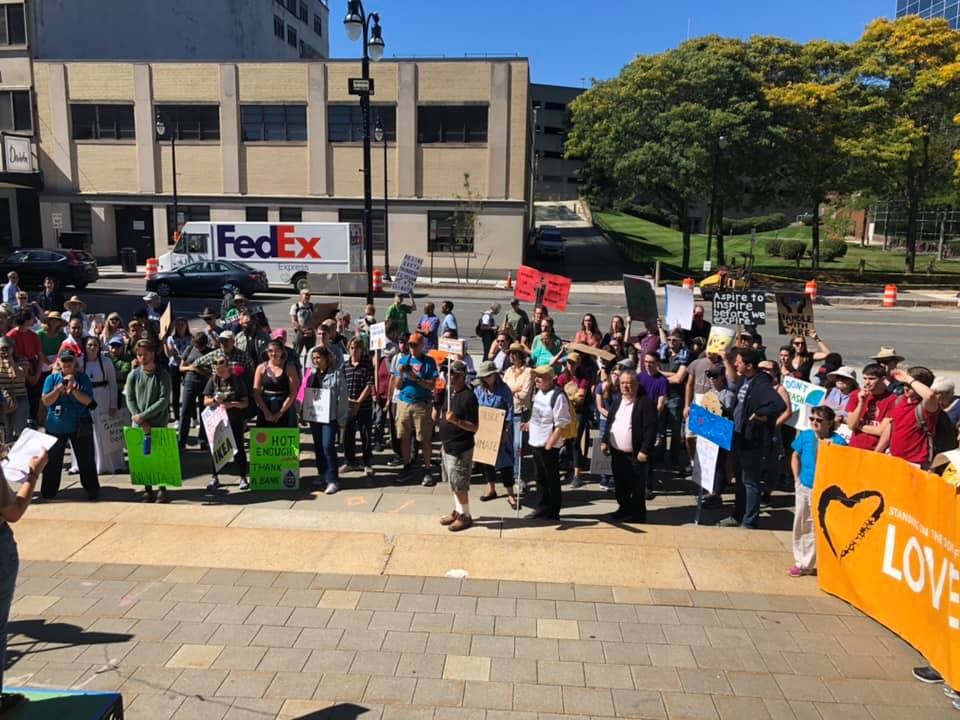