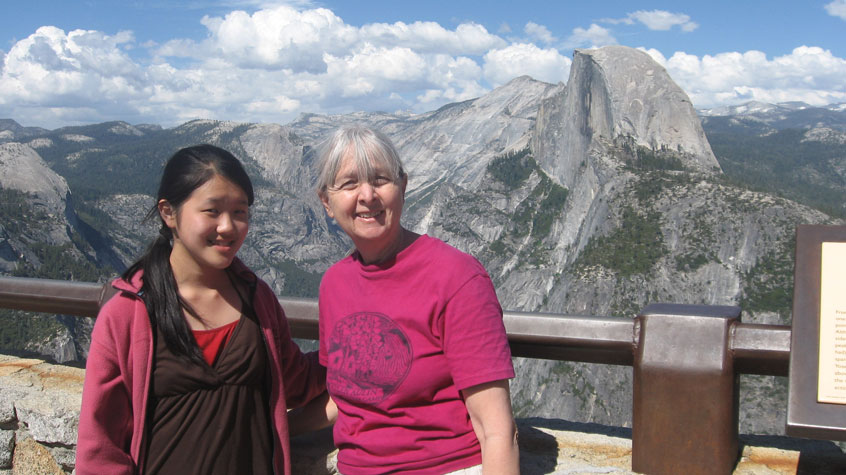 When my daughter, Maya, was in elementary school, she and her friends were environmental activists in their community of Cambridge, MA. They called themselves "The Sprouts of Hope" and joined Jane Goodall's global Roots and Shoots program. They designed a logo and motto that was inspired by meeting on Martin Luther King, Jr. day to form their group – "Have a Dream. Make a Difference."

I was their mentor, and for the next seven years these girls dreamed big and their actions made a difference. Testimony they gave as 4th and 5th grade students calling on the school committee to abolish the use of polystyrene trays in their cafeterias resulted in the creation of a district-wide food composting program. Several years later, they wrote and published a book called "Energy Lite," their guide for parents and children to find ways to conserve energy in their homes. Then, they created a quilt called "Imagine a Sustainable Life" that now hangs in schools and city buildings.

The Sprouts of Hope girls are in college today, where each is engaged in climate change issues, whether in organizing campus protests or in their field of study. Seeing what these girls accomplished in our community inspires me. So now I'm carrying on, as they did, as a mom partnering with other moms and allies in an urgent fight against the fossil fuel forces that we know endanger the livable climate that my daughter's generation deserves to have.