We are moms, grandmas and caregivers in the Monadnock region of New Hampshire fighting the climate crisis. We are organizing to protect the next generation, create a sense of community, stop the expansion of gas in our region and stop the Granite Bridge pipeline. 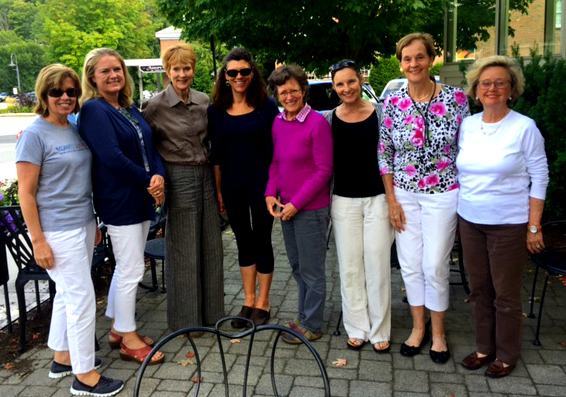 What is Granite Bridge?

The main problem is that New Hampshire utilities and elected leaders continue to push fracked gas infrastructure expansion while underfunding energy efficiency, weatherization and renewable energy development. Currently, the most important example of this is the Granite Bridge pipeline and LNG tank along the Route 101 highway from Exeter to Manchester. This pipeline alone would more than double the amount of gas that Liberty Utility currently imports to NH. Our goal is to stop the Granite Bridge project and get the state government to recognize the reality of the climate crisis by including that consideration in legislation and regulatory rulemaking.

How are we addressing these problem?

We aim to prove that Granite Bridge is a bad deal for ratepayers. The claimed “savings” are based on the 10% of annual forecasted demand that the utility does not contract for, but purchases on the “spot market,” generally at hugely inflated prices. They do this to avoid overbuying and being stuck with the unsold take or pay gas. Now, the “hedge” will be shifted to ratepayers in the form of a fixed cost to cover the LNG tank and pipe infrastructure.

It is also a bad deal for the climate. Liberty has made false claims about the environmental and financial benefits of switching from oil heat to gas. We think that drawing attention to the leaks, accidents, and alternative clean heating sources like air-source heat pumps is an effective way to combat their false and irresponsible claims. We are asking them to invest the money they would have spent on Granite Bridge on weatherization and energy efficiency measures for their customers instead.

What have Mothers done so far?

We are following the Granite Bridge Pipeline proposal as it goes through the Public Utilities Commission, submitting comments, reviewing discovery materials and attending technical sessions and hearings.

On the legislative side, we are working to pass gas leaks legislation in order to elevate the issue of methane pollution. We received help from Zeyneb Magavi of Mothers Out Front and HEET who came up to testify in support of SB123. The bill requires greater accountability for Lost and Unaccounted For (LAUF) gas and prohibits charging electric ratepayers for gas infrastructure. It has passed both the Senate and House and was signed by the Governor. We have forced Liberty to change their website where they falsely claimed that heating with gas reduced CO2 emissions by 35% (it’s 27%). They changed their website after we filed a complaint for false advertising with the PUC and Department of Environmental Services.

What are we fighting toward?

We hope to map gas leaks in Manchester. If the results are compelling, we will publicize this environmental justice issue with the PUC, legislature, and affected communities. Exeter and Epping have stepped up their resistance, but Manchester seems largely unaware or in favor of the project. Ultimately, we want NH’s Legislature to direct the Public Utilities Commission to consider the climate crisis in approving projects.

What can you do?

Contact the Governor by emailing or calling (271-2121) to urge him to appoint a climate champion to the Public Utilities Commission.