Moms take the mic and raise the stakes at the RTO public forum:

"The forum’s 150 attendees were mostly industry stakeholders, regulators and RTO officials. But there was also a three-woman contingent from Mothers Out Front, a climate change activist group, who pressed RTO planners on the region’s continued reliance on fossil-fueled generation. Carol Chamberlain, of Arlington, Mass., raised concerns about methane leaks in the natural gas supply chain. Randi Soltysiak, of Somerville, Mass., criticized the RTO’s plan for not shifting more heavily to carbon-free sources." 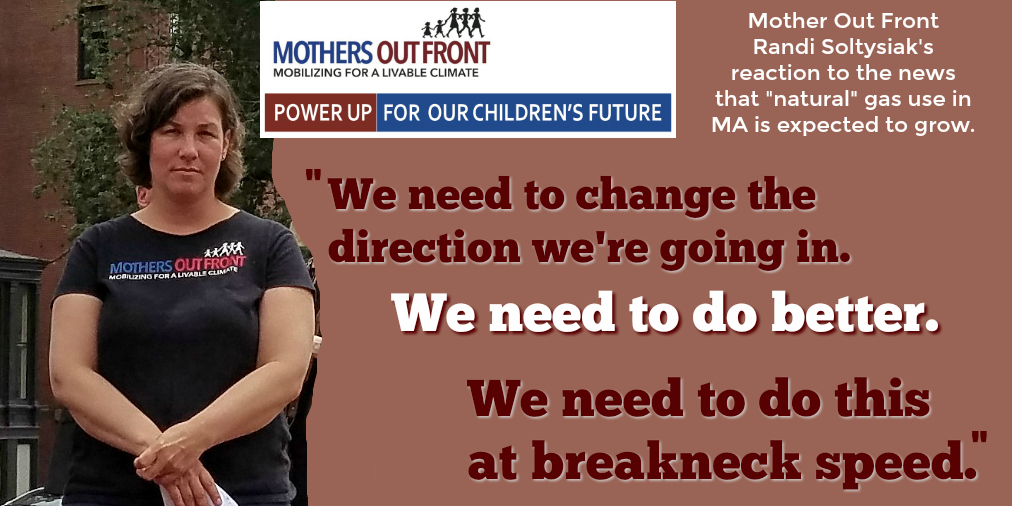