Mothers Out Front Coming to Colorado

Growing up, as a member of a political family that by necessity divided our time between Washington DC and Colorado, my heart always belonged to Colorado. And so it is with great excitement and anticipation that I announce Mothers Out Front has hired a Colorado State Organizing Manager, Laura Fronckiewicz. Based in Niwot, Laura comes to us from another great organization, Moms Demand Action for Gun Sense in America, where she was a regional organizing manager for several states including Colorado. In the coming months, Laura will be building our statewide operation to engage mothers across Colorado as active leaders in protecting our children from climate change and the damaging health and other impacts of fossil fuel extraction and use. 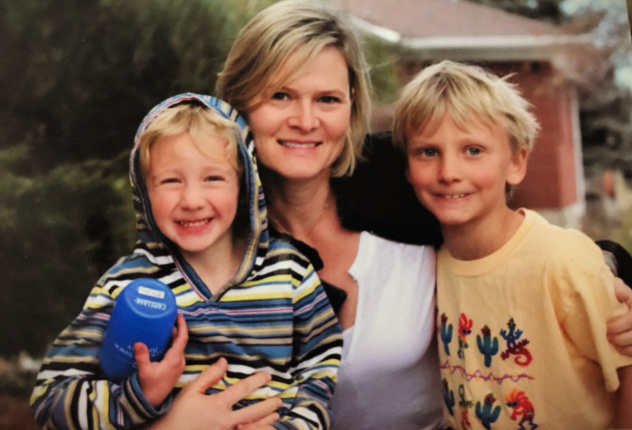 Nearly six years ago, a small group of mothers in Massachusetts founded Mothers Out Front because we were horrified by the threat climate change poses to our children, tired of worrying alone, and determined to do something about it by working together. We set out with an ambitious plan to catalyze a national movement of mothers driven by our shared, fierce determination to protect the health and safety of all children, and informed by a proven organizing model developed over decades of social movement-building. Not quite six years later, our movement is 22,000 strong, with 38 teams of moms organizing across 8 states, and growing larger every day.

Our analysis is simple: Progress in addressing climate change in the US has been far too slow. Most critically lacking has been an engaged, activated citizenry capable of pushing decision-makers — elected officials and business leaders alike — to take bold and effective action. Mothers, as highly credible, involved and influential voices in our communities, willing to do what it takes to protect our children, are a largely untapped and potent force for effecting change.

That’s where Mothers Out Front comes in.

We empower mothers of all backgrounds to step into leadership roles by providing the structure, training, coaching, and tools they need to come together in community-based teams, build power, and win campaigns. Our work is informed by the reality that the greatest burdens of fossil fuel pollution and climate impacts fall on historically marginalized communities. Our mothers work on a range of campaigns at the local and statewide levels, including getting clean energy legislation passed; stopping construction of new fossil fuel infrastructure; fixing polluting methane gas leaks; and addressing current as well as future health and safety issues linked to fossil fuels and climate change. 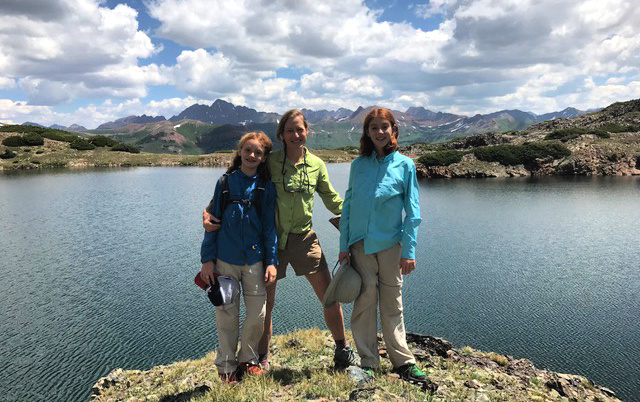 2019 is a particularly exciting year for Mothers Out Front to start organizing in Colorado. We saw significant political change in November with the election of Jared Polis as Governor whose platform included a goal of 100% renewable energy, and near parity of women in the State Assembly, where 45 out of 100 are now women, the highest percentage (45%) in the country.  Colorado faces significant questions about its path forward on climate and energy, and how it will navigate the ongoing tensions over how to manage the state’s vast reserves of fossil fuels.

It’s impossible to spend any time in Colorado in recent years and not notice the aggressive expansion of oil and gas development.  Today there are an estimated 55,000 active wells, located in nearly every region of the state, including in residential neighborhoods next to community centers, playgrounds, and schools. There is growing concern that this intense oil and gas activity is negatively impacting human health, particularly in poorer communities and communities of color. Meanwhile, the industry spends heavily to gain favor with politicians ($20M/year on lobbying alone), and this past November spent a whopping $36M to defeat the setback ballot initiative Proposition 112, as compared to the $1M spent by supporters.

And yet there is enormous potential for the state to move to a more sustainable path. Colorado has a strong history both of growing new industries (e.g., high tech, cable, recreation) and of promoting renewable energy: the state passed the nation’s first voter-led Renewable Portfolio Standard in 2004; it is home to the National Renewable Energy Lab; solar is booming; and a growing number of towns are setting 100% renewable targets for themselves, including cities like Pueblo which recognize low-income communities suffer the most from our dependence on dirty energy. Additionally, the state’s largest utility, investor-owned Xcel which is also one of the largest utilities in the country, just set a goal of providing 100% carbon-free energy by 2050.

We believe that Mothers Out Front can play a key role in accelerating the state’s clean energy transition, thereby protecting the health and safety of children and communities. Join us! Please let us know if you are interested in being part of our growing movement (and note that we are mother-led, but certainly not exclusively mothers!), by contacting Laura at [email protected].

And help us spread the word by sharing this post!