Dia De Los Muertos Brown's Last Chance Press Conference was held in old Sacramento on November 1st, 2018. Adelita Serena, community organizer at Mothers Out Front spoke at the event. The event was held to remember and honor those who have been lost from frontline communities impacted by fossil fuel extraction with a traditional Dia de Los Muertos altar. 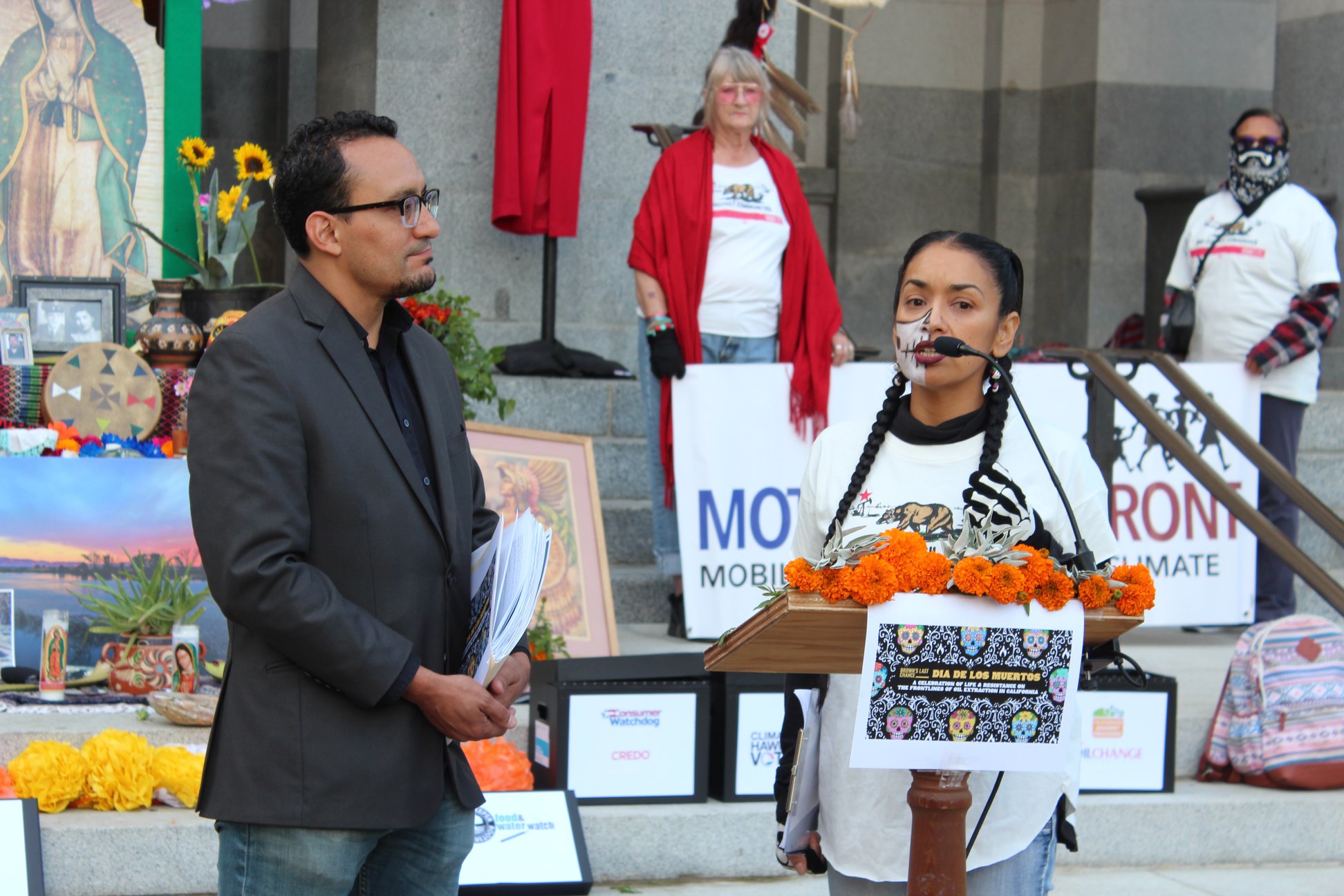 Adelita Serena, Community Organizer, Mothers Out Front, at the mic.

Mothers Out Front is part of Brown's Last Chance coalition of over 800 organizations pushing the governor to take action on oil and gas extraction. The coalition was able to hand deliver 1 million petitions to Governor Brown's appointed aid, several hundred of which were signed because of Mothers Out Front’s mobilizing. 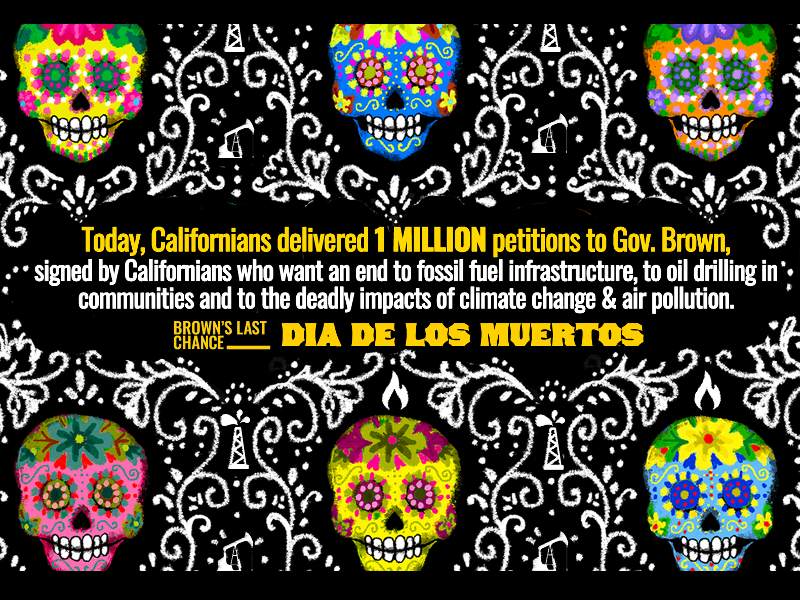