Mothers Support March for Our Lives

Thank you to Massachusetts Mother Out Front Viki Bok for sharing this story with us:

Many of us were out marching last weekend in the #MarchForOurLives (including at least six from the Jamaica Plain team) – clearly, and sadly, climate change is not the only threat to our children’s future. Confronting a gunman should not be something our kids need to worry about as they head off to school every morning. Claire Humphrey of Mothers Out Front-Jamaica Plain reported from the Boston march: “Two young children were chanting to the crowd, “Tell me what democracy looks like” through a tiny megaphone, and people where chanting back, “THIS is what democracy looks like!” I looked around and thought, “This is what democracy looks like in 2018 – our children have to take to the streets for change to happen.” Sobering. From another side of the Boston march, Edith Buhs reported walking for a block with US Senator Ed Markey, who said he felt something had changed and that our democracy is finally shaking off a long dormancy. He said he believes that we WILL turn the tide. Edith noted a sign that says it all: “This is an active voter drill.” 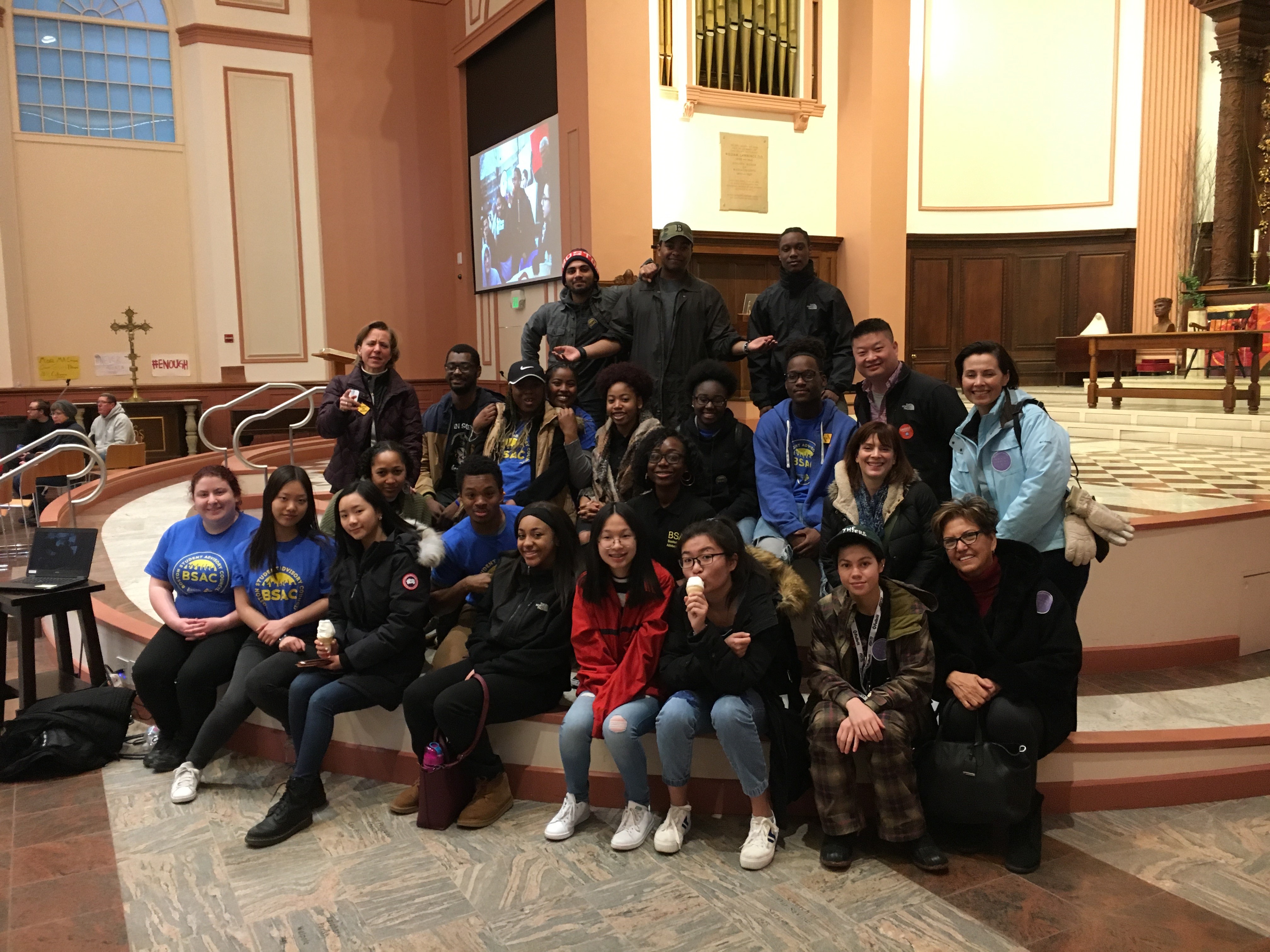 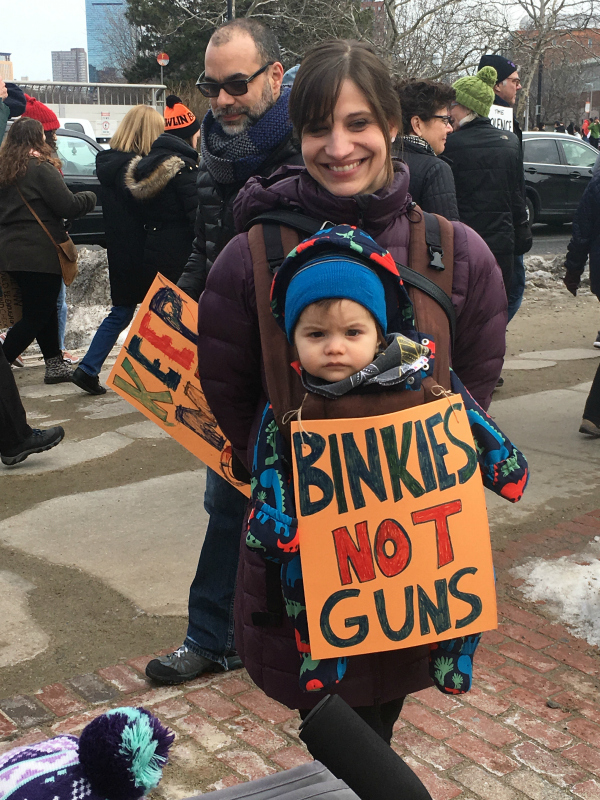 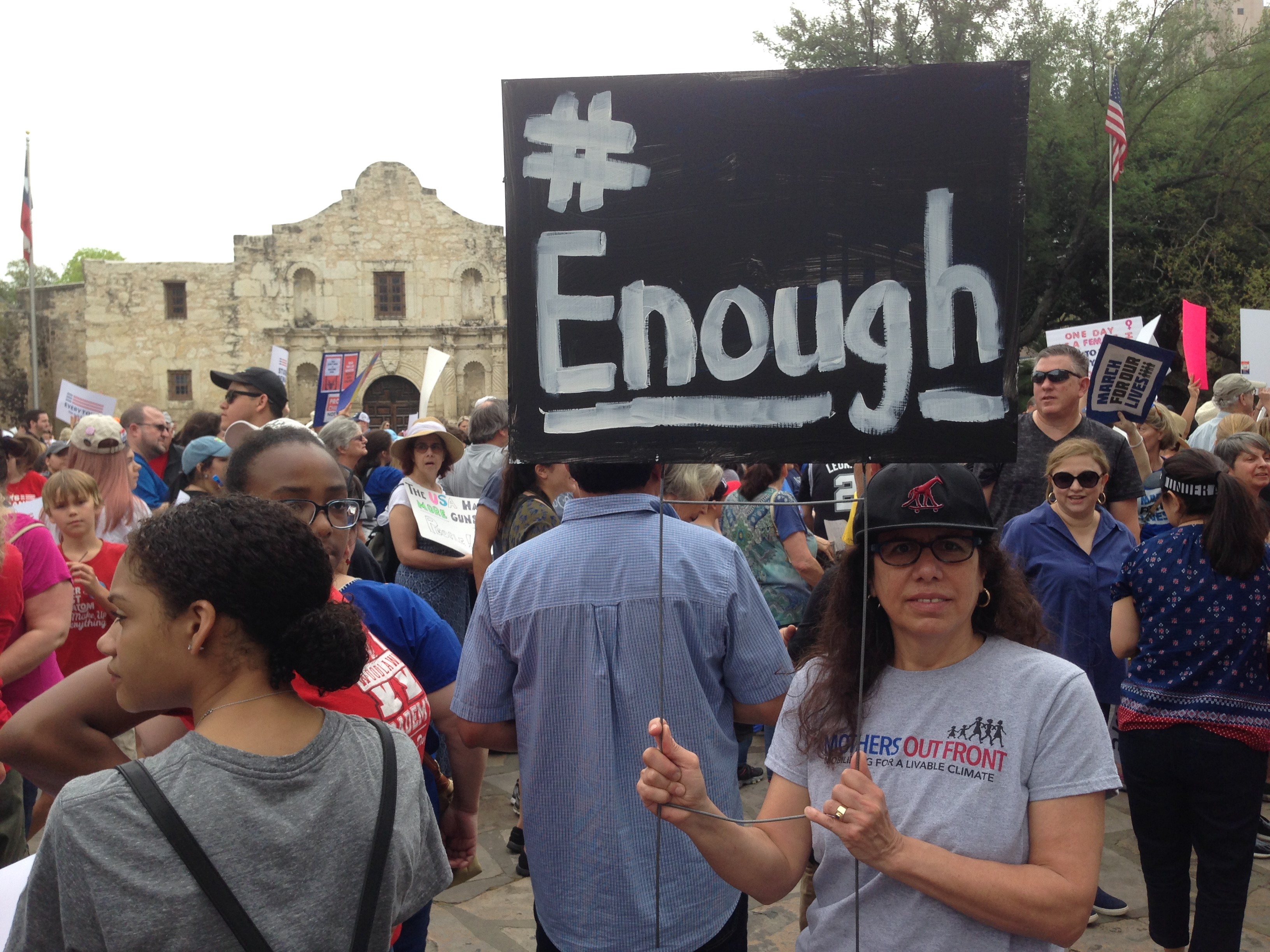 Vicky Suescum in front of the Alamo in San Antonio, TX 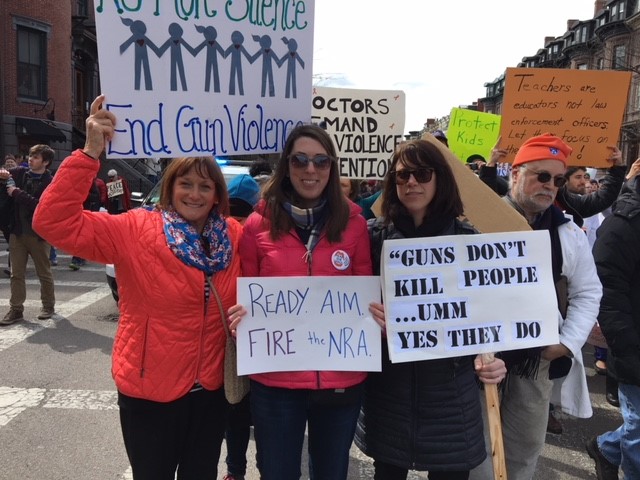 Jaclyn Secter and friends in Boston 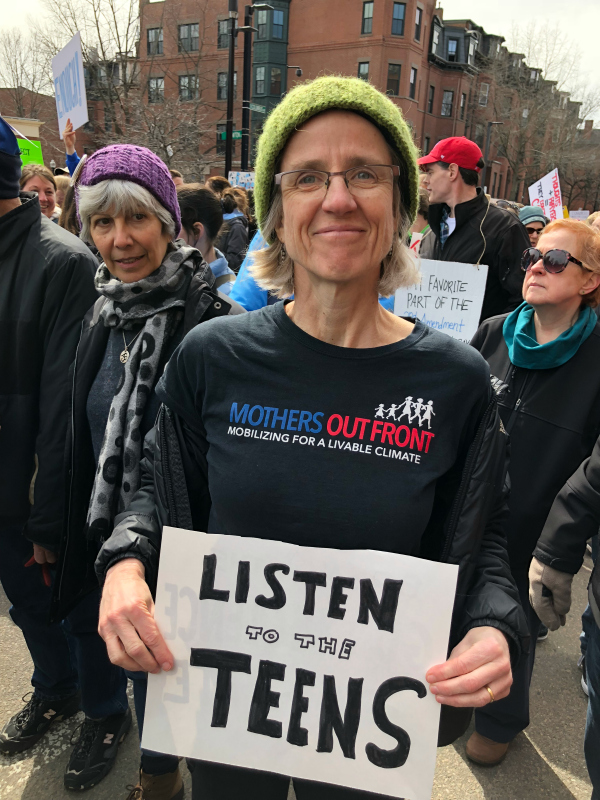