Congratulations to Mothers Out Front New York and all the allies who took action!

At the end of January, the utility Consolidated Edison (ConEd) announced a moratorium on new gas customers in Westchester County claiming a gas supply shortage and triggering panic and outcry among elected officials and business leaders who demanded an increase in gas supply to the region. Westchester county has a population of nearly 1 million people and has the second highest median income in New York State after Manhattan.

Mothers Out Front and our allies sprang into action and generated calls to Governor Cuomo's office, written comments to the Public Service Commission, and spoke at a hastily convened public hearing. Our message: the Westchester gas moratorium is an OPPORTUNITY not a crisis.

New York State responded on Thursday with this announcement of $250 Million Westchester Clean Energy Action Plan (Click here to see the press release). Although a portion of this money had already been earmarked through a previously approved program, this represents a significant new commitment on the part of the state. 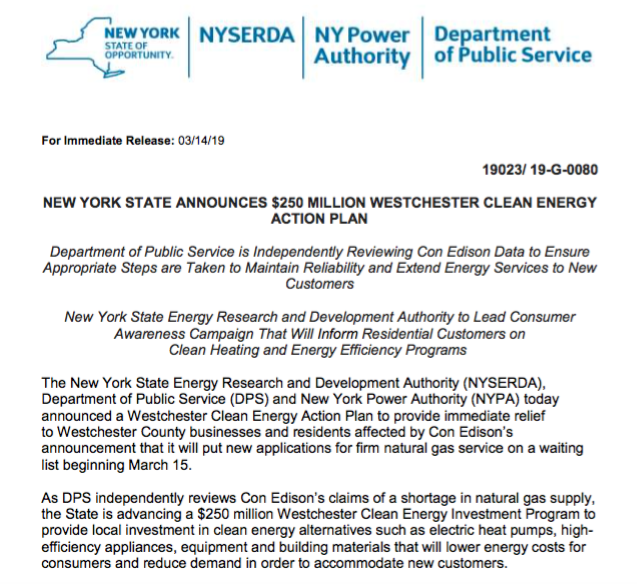