Mothers Out Front Chemung County and Steuben County teams hosted a showing of the film "Age of Consequences" (see the trailer here) at the Steele Library in Elmira with guest speaker Colleen Boland. 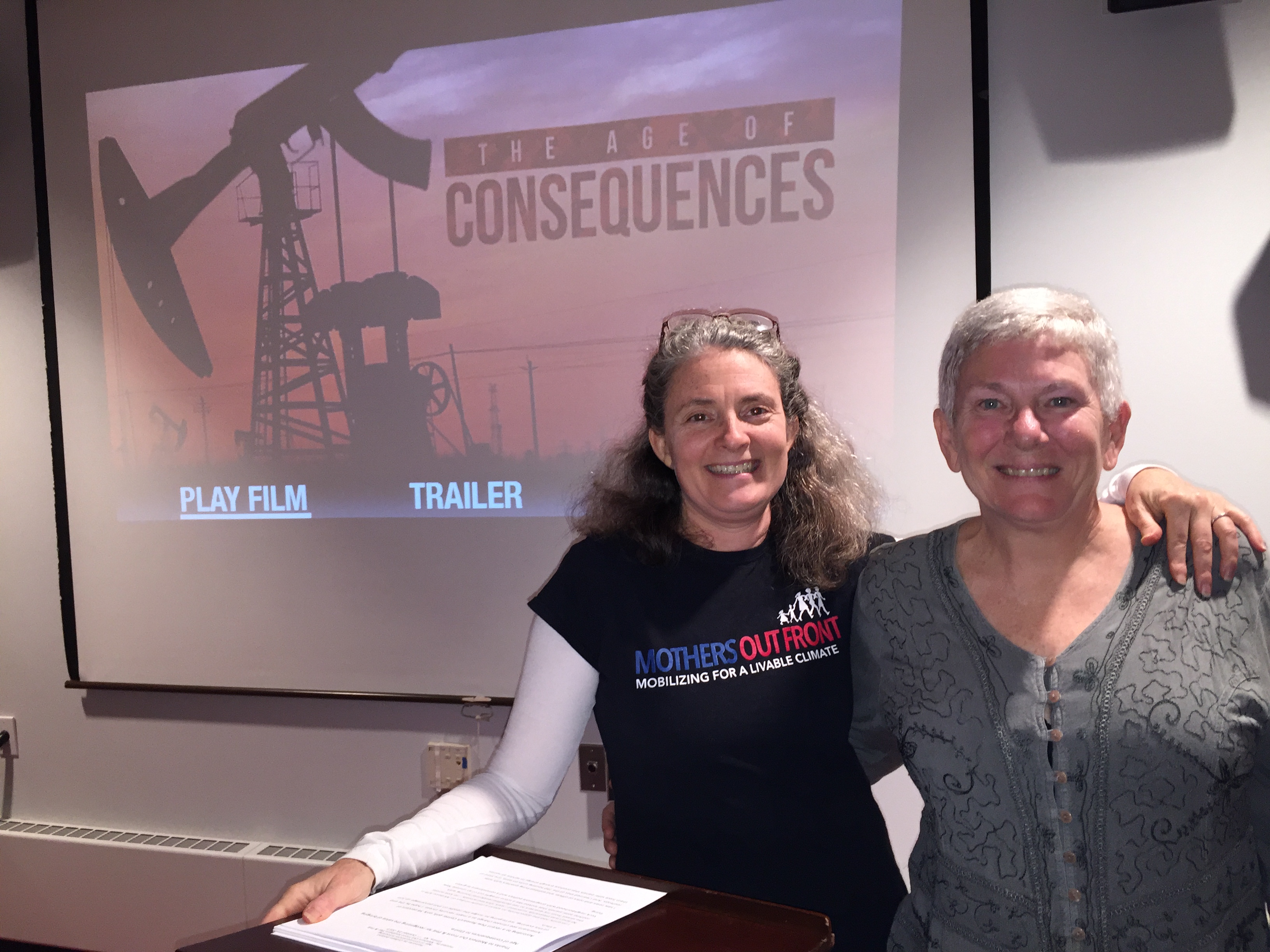 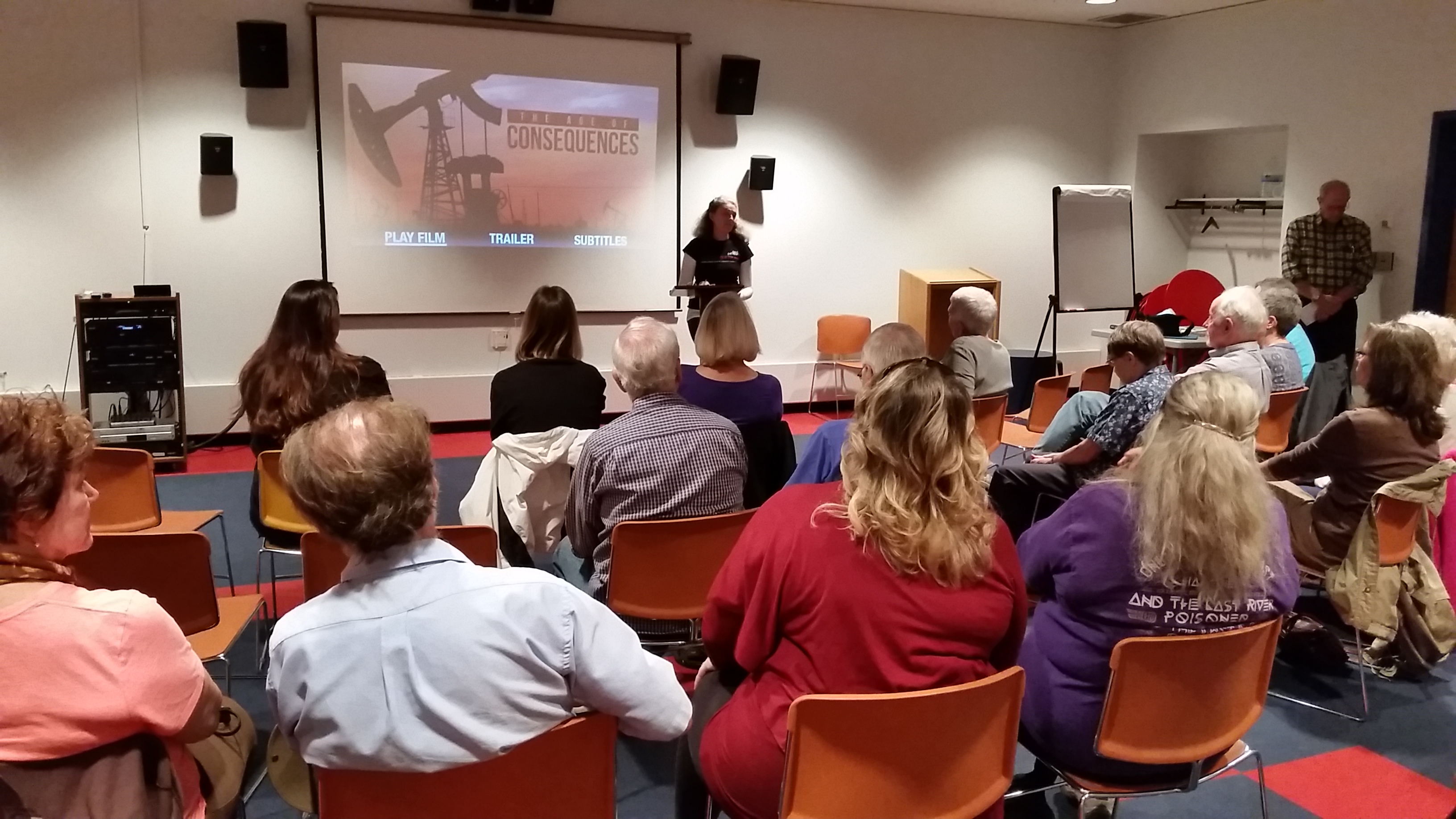 Colleen Boland retired as Senior Master Sergeant from the U.S. Air Force, including four years active with the U.S. Army. While on active duty, she served in the National Space Council at the White House and traveled to more than 20 nations around the world. She currently works to organize fellow military veterans in the effort to leave fossil fuels in the ground and pursue a renewable energy future. At the Paris climate talks in December 2015, she represented the anti-fracking civil disobedience group, We Are Seneca Lake.

In December 2016, she joined fellow military veterans in North Dakota as part of a protest of the Dakota Access Pipeline at Standing Rock. During the successful fight for a ban on fracking in New York State, she co-founded the community group Elmirans and Friends Against Fracking, which worked to bring scientists and medical researchers into front line communities, and subsequently shared these organizing skills with communities on the front lines of oil and gas extraction in both Argentina and Mexico. Boland serves as Board Chair of House with Heart, a home for abandoned children in Kathmandu, Nepal, where public health is impacted by air pollution. She graduated with a B.S. in human development from Cornell University.

Climate change is fundamentally a human rights issue. As an accelerent to social instability, the climate crisis is, additionally, a threat to national and global security.

And yet, according to a recent Pew Research Center poll, only 56 percent of Americans see climate change as a major security threat. http://www.pewglobal.org/2017/08/01/globally-people-point-to-isis-and-climate-change-as-leading-security-threats/pg_2017-08-01_global-threats_03/ 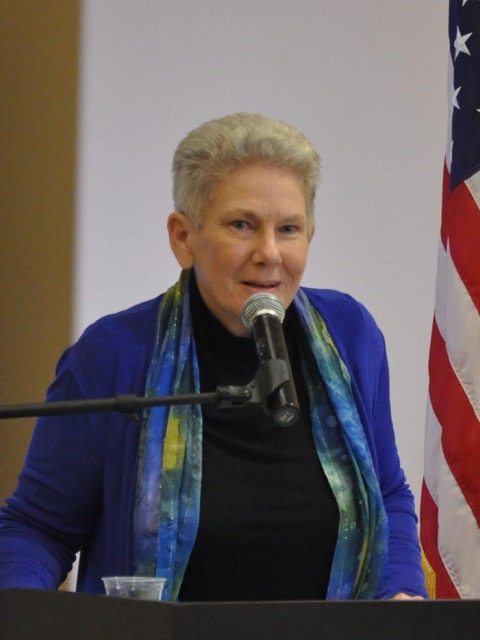