July 12th, 2018 - Mothers Out Front congratulates and celebrates with our allies in the campaign to stop Liquefied Petroleum Gas (LPG) storage expansion along the shores of Seneca Lake, in the heart of the Finger Lakes wine region. The NY State Department of Environmental Conservation DENIED the draft permit to Crestwood Energy Co to store LPG in the unstable salt caverns there. 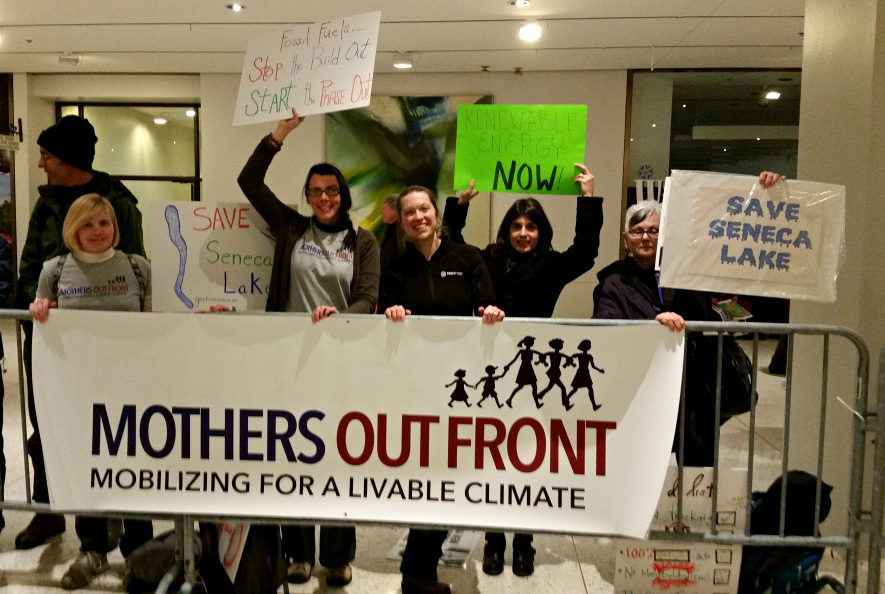 Gas Free Seneca led the campaign and mothers across NYS mobilized to support their efforts by submitting public comments to the DEC, attending press conferences and protests, including a Mother's Day protest May 2016, and rallies: including one in Albany during Governor Cuomo's 2015 State of the State address.

This victory represents a huge win for NYS and for the climate movement.

You can read more about this huge win in stopping the expansion of gas infrastructure in NYS on the Gas Free Seneca website.