The Rochester Community Team, along with allied organization Rochester People's Climate Coalition, collected 335 postcards in support of Community Choice Aggregation. The Rochester team put together a Mother's Day bouquet of flowers and postcards for Mayor Lovely Warren (who is a mother herself). We were not able to meet directly with the Mayor Warren, but her scheduler (with the amazing name of Hazel Hercules) was so kind and friendly and assured me that she would make sure the mayor saw our gift! Hazel is also a mother (of three) and we gave her some flowers as well. She gave me two hugs! Attached is a photo of the two of us with the mayor's bouquet.

We spoke to a friend in the building afterwards who told us that City Council is planning to adopt the Climate Action Plan (that's been hanging around in draft form for a long time) - CCA features in that plan, so we're hopeful that it will actually happen! 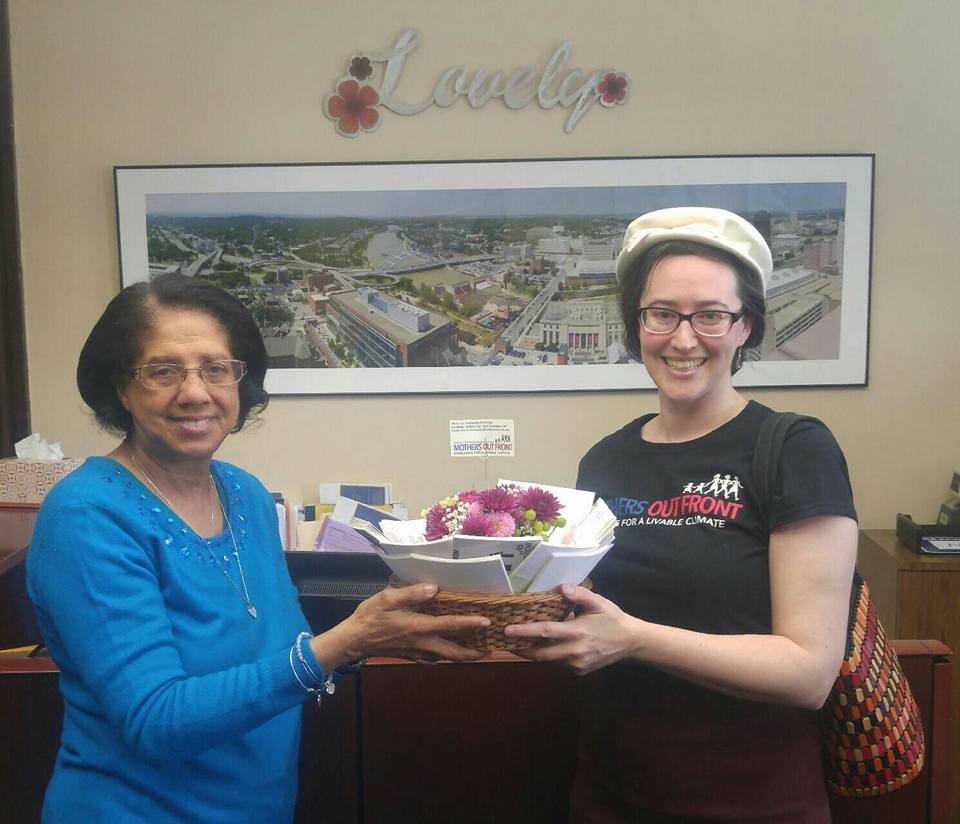 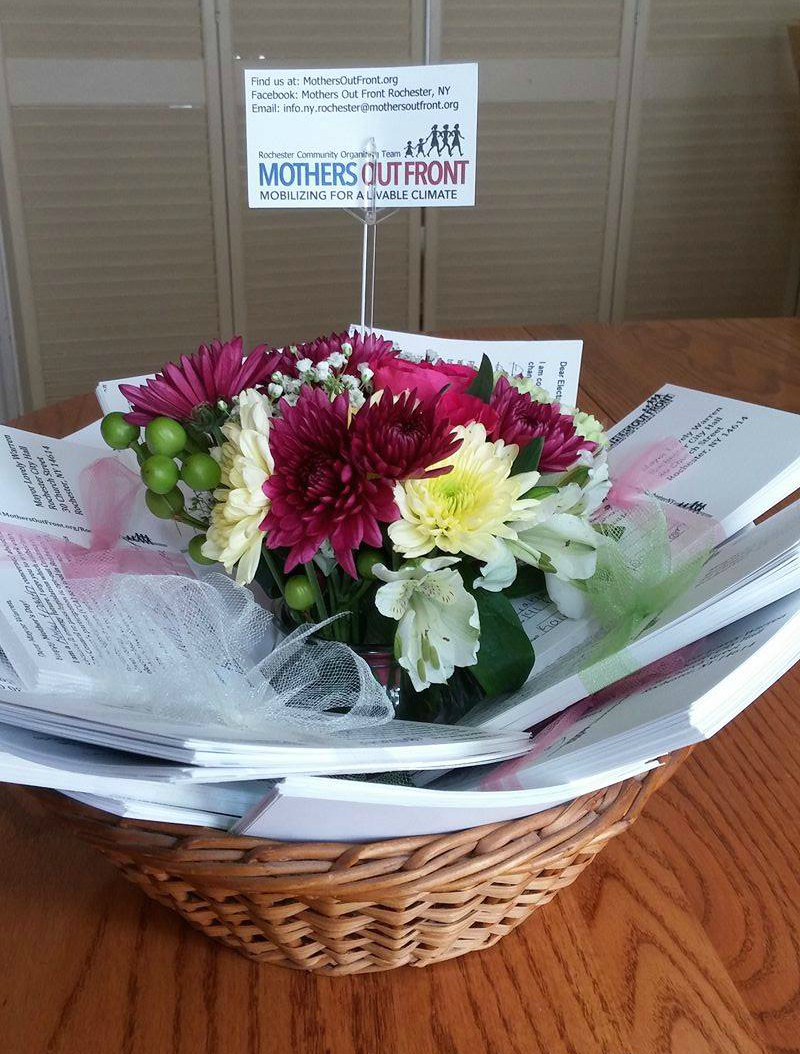