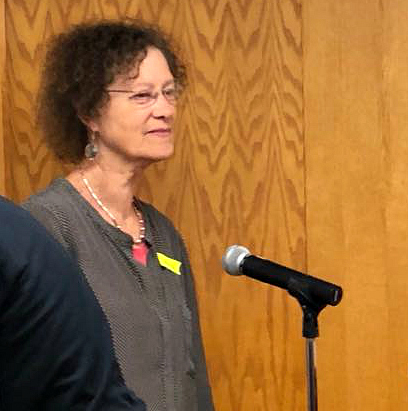 Mother Out Front Elisa Evett took the mic to say this:

"The elephant in the room today is climate change. Science confirms that it is well underway.  It is irrefutable that our use of fossil fuels has played a huge part in bringing us to this point  where millions of people, world-wide, are already experiencing the catastrophic effects in the form of unprecedented, extreme weather of every sort.  It is clear that if we don’t undertake Herculean efforts to drastically reduce our reliance on fossil fuels by replacing them with renewable energy, we are condemning our children and their children and their children to a miserable existence on an unlivable planet.

This huge task has to be shared by people all around the globe. I am here to ask the DEC to do its share by taking on one very small, but significant and manageable task; which is to retire all New York state coal-fired plants by 2020 and to prevent repowering with natural gas–a worse climate change driver than coal.

There are numerous factors that have brought us where we are today, not the least of which is the greed and power of the gas and oil industries who have bribed our politicians into doing their bidding. And in caving to their demands our government officials have forsaken us–turned us and our descendants, not to mention all the other living creatures on this planet, into the hapless victims of their greed and morally corrupt abuse of power.

This is a moral issue. Is it right for our government, federal or state, to bow to the demands of the fossil fuel industries at the expense of the health and safety of US citizens? Is the DEC willing to live up to its obligation to protect the people of New York State. Is the DEC willing to use its authority to do the morally right thing?

Or are my three darling granddaughters, ages 6, 3 and 2 going to have to wait until they are old enough to start their own version of the children’s climate lawsuits in the courts right now in which children are suing the government for violating their constitutional rights when it has allowed for the creation and perpetuation of  an energy system that is based on fossil fuels? By the time they are old enough to fight for their constitutional rights, it will be too late. And why is it that we have a system that requires children to turn to such drastic measures? They shouldn’t have to! 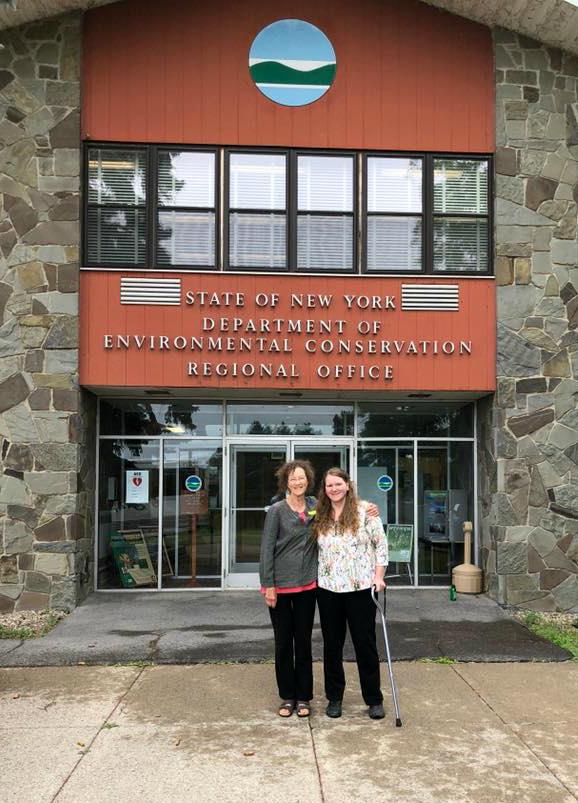