On Saturday in the Finger Lakes region, hundreds of mothers, fathers, college students, teachers, clergy, scientists and concerned citizens of every stripe joined millions of others around the globe in "Rise for Climate, Jobs, and Justice," calling on their elected officials to take immediate and bold action in the face of the climate crisis.

Watch video of the event below!

The day kicked off early in Elmira with a kayak flotilla down the the Chemung River lead by local river guide Jim Pfeiffer "We saw Blue Herons and Ospreys on our peaceful trip down the river," said Elmiran Becca Forsyth a volunteer leader with the Poor People's Campaign, "It was great to start the day by connecting with nature and with other caring human beings. I am trying to do my part in building the kind of strong, empowered community we need in the face of environmental devastation, racial and economic inequality that confront us here in the Chemung County." 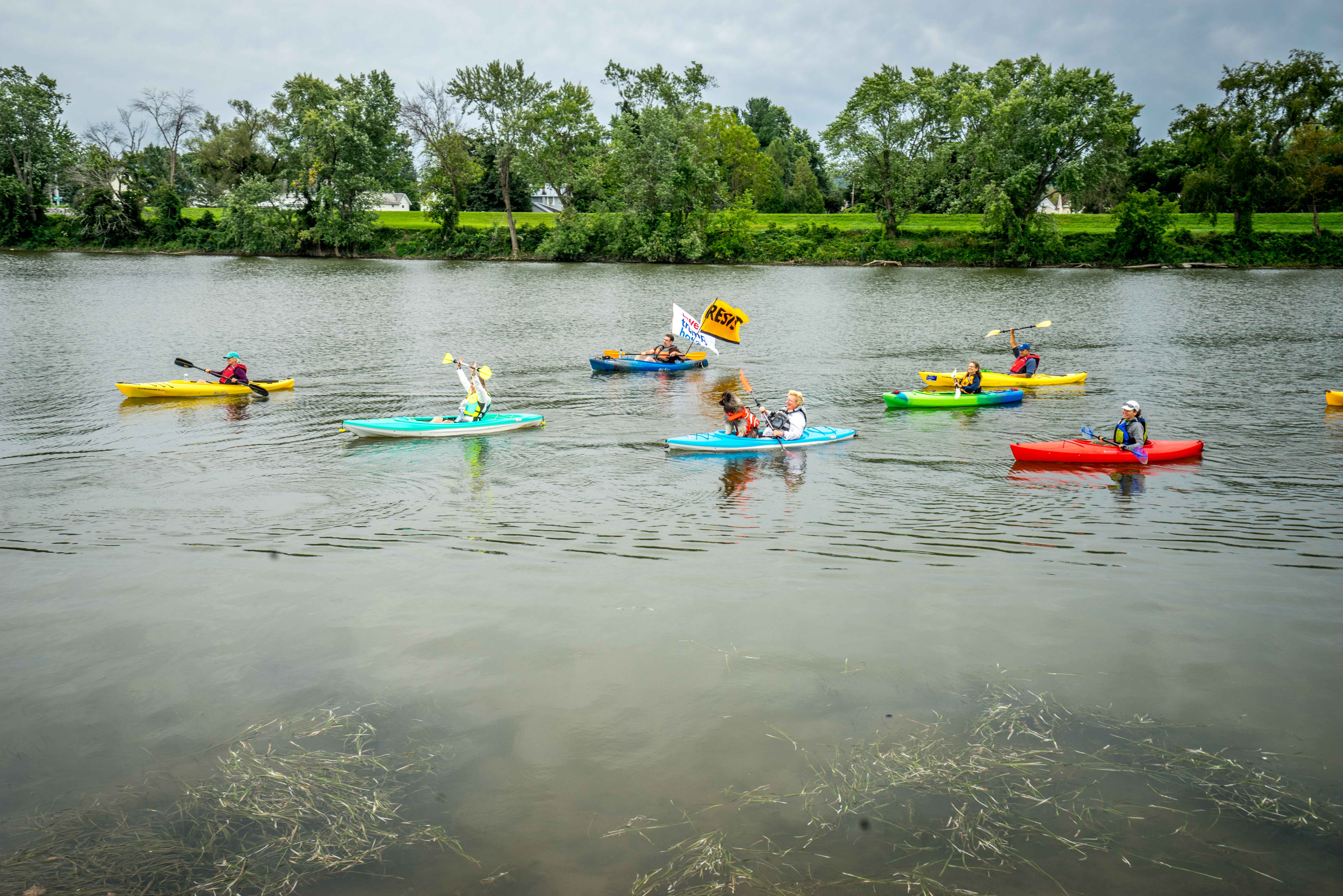 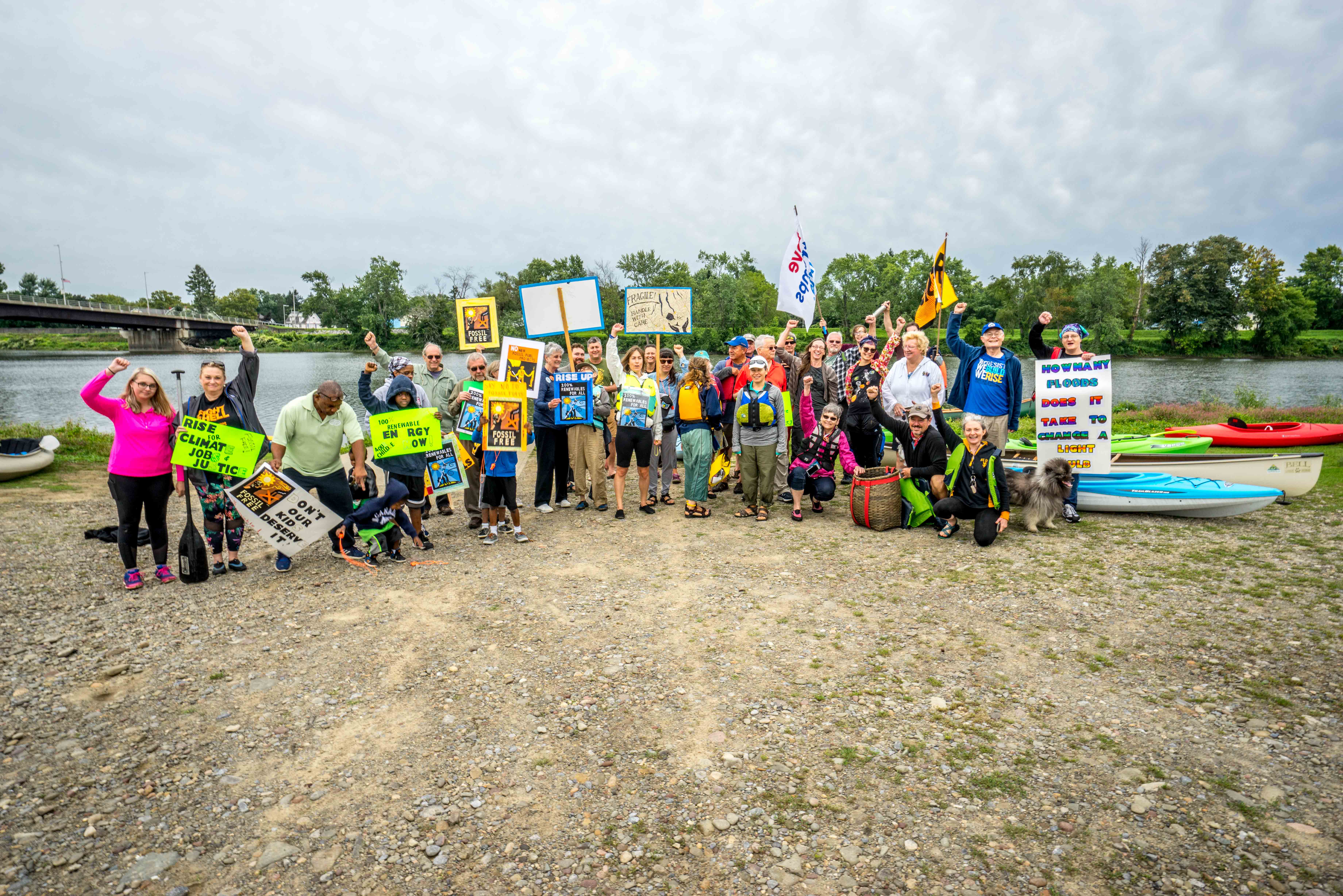 At noon, about 100 people gathered in Wisner Park for a spirited rally. Community organizer, Doug Couchon kicked off the rally reminding the crowd that coordinated action of ordinary citizens killed dangerous and polluting LPG storage at Seneca Lake and asking folks to sign up to take action locally. "Jesus was a rabble-rouser," opined JK Boodley the interim pastor at the Park Church, "and the people of Elmira have a long history of taking action on matters of social justice. You will hear from some of them today."

College student Grace Marshall told the crowd that she was moved to activism when she saw the glaciers retreating during a semester in Ecuador, "I am here to tell young people that we have a voice, we can speak up, we don’t need to wait for adults to take the lead." Speaking on the theme of environmental justice, Tara Escudero reminded the crowd that even if climate change didn't exist, the health impacts of fossil fuel extraction on people of color would still be unacceptable. Escudero, who moved to Elmira from Houston TX, spoke movingly about the aftermath of Hurricane Harvey on her former home. NYSUT unionist Dora Leland thanked Governor Cuomo for actions he has already taken to promote green jobs and reminded the governor that there is more he can do by bringing back the option of net-metering which will help support solar energy development in the Southern Tier. Elmira High School teacher and Mothers Out Front volunteer leader, Jennifer Carman-Clark had the last word: "Without action, global climate change will continue to create a world that is less safe, less diverse, less livable and more erratic & unpredictable than ever before. Is that the world we want to leave for our children?" 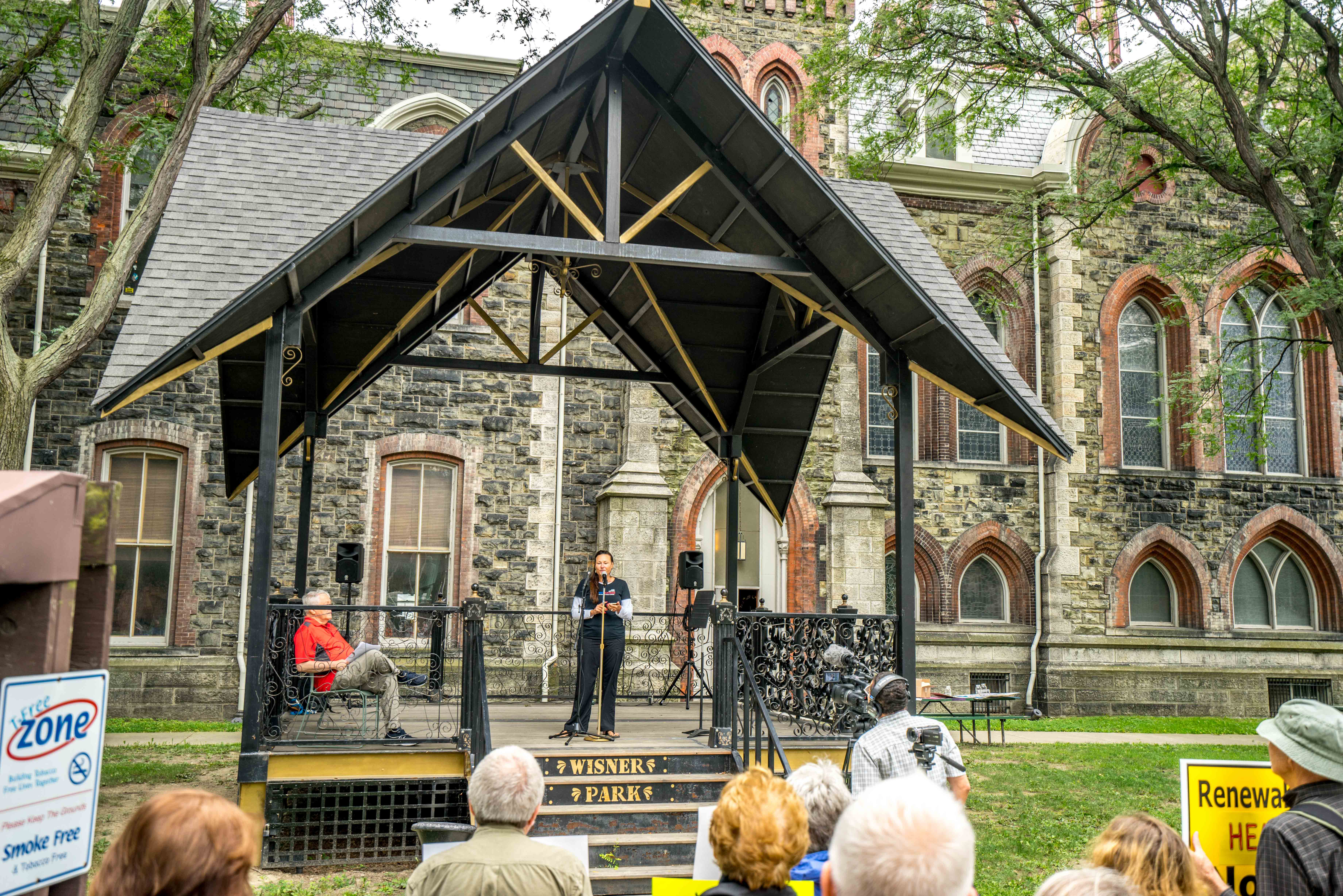 Jen Carmen-Clark at the mic. 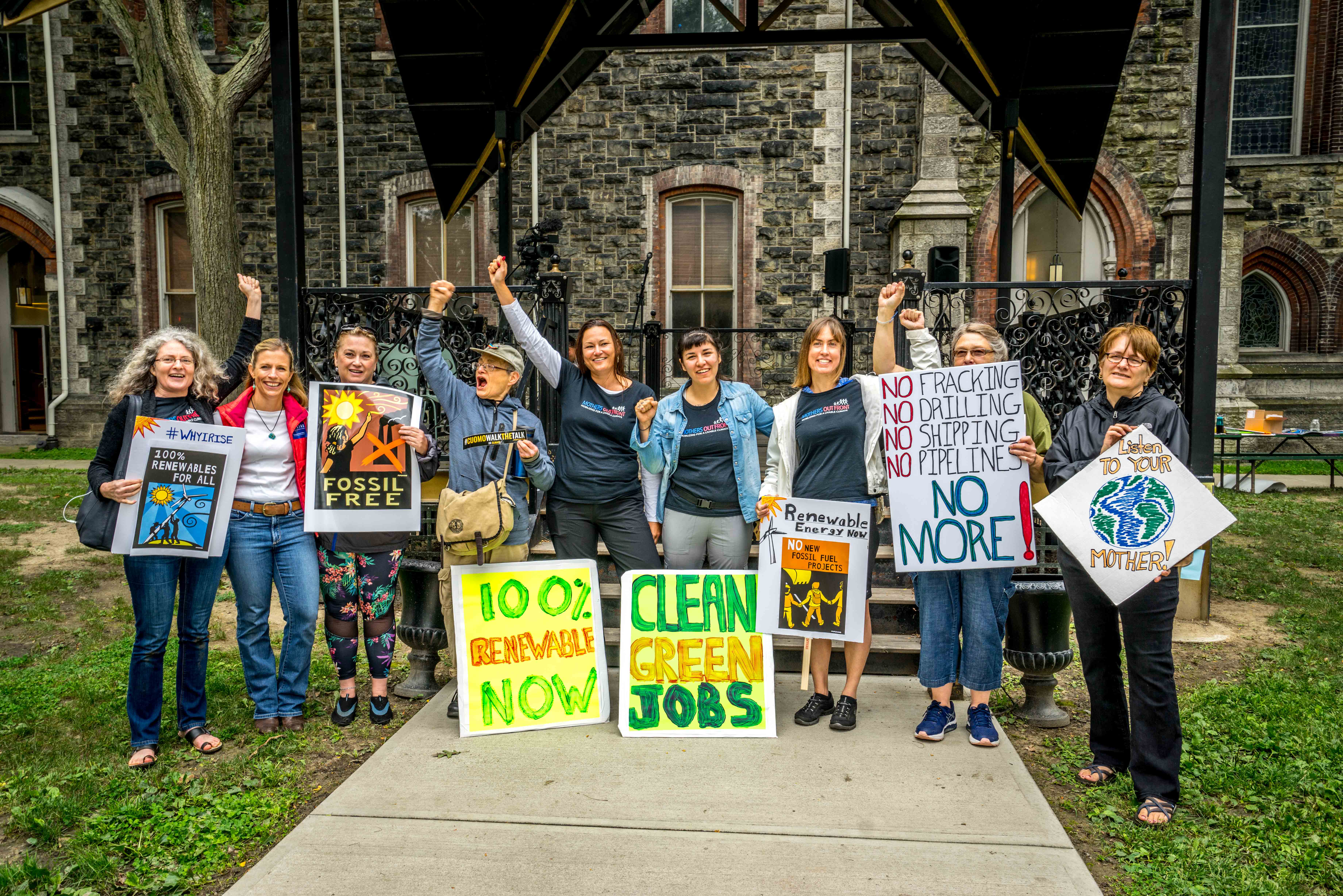 Among those in attendance was Elmira Mayor, Dan Mandell. It was great to see the mayor attend our rally," said Mothers Out Front team coordinator Heather Stanton. "More of our elected officials should get out into the community to hear directly from citizens about our concerns."

Other Rise for Climate events were held on Saturday in Corning and in Lansing.

The speakers in order were: