When did you get involved with Mothers Out Front?

In June 2016, a friend invited me to house party. I believe climate change is the defining issue of our time. I read quite a bit on climate change and this house party sounded different than anything I had been involved in previously. It sounded interesting and I liked the person who invited me, so I went! 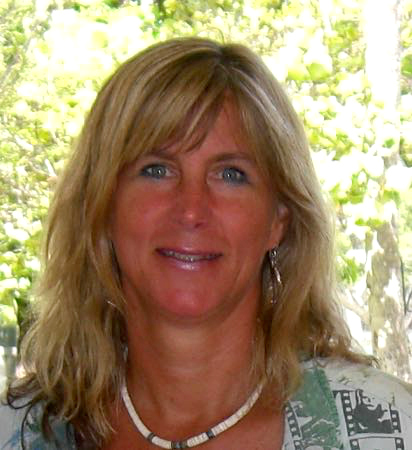 What are your activities and what do they involve?

I have hosted house parties. In fact, one of them was filmed, which was fun to see people trying to behave normally as if there wasn’t a room full of crew members and cameras filming them. I have also participated in pipeline protests against connectors running through Norfolk and maintain a website that provides information regarding the pipelines in Virginia.

I have spoken at events, including city council meetings. I specifically went to the mayor to request he sign the global covenant on climate change. Since then, our mayor started the Mayor’s Climate Change Commission and I was asked to join as a representative of Mothers Out Front.

What motivates you to stay involved?

We are reaching a tipping point. We have ten years to do something impactful. Climate change will affect my kids and grandkids. There is a huge urgency to mitigate climate change now. Also, the social interaction with other moms keeps me going. I have made friends through Mothers Out Front that motivate me.

In your opinion, what is the most important work that Mothers Out Front does?

We motivate and connect a group of people who have not historically been a potent voice of change. Reaching specifically to mothers is a huge asset. The fact that we motivate moms to talk to our mayors is a great way to motivate local change.

Of what contribution or achievement are you most proud?

I am proud of many things our team has accomplished. The fact that we protested the Southside connector, going to city council, and having an elevated presence that got me on the mayor’s commission.

What do you hope the organization will achieve in the near future? In the long term?

I hope in the near future, there will be increased visibility of these issues and activation of a larger network of mothers locally. I hope we hear about more organized marches, protests, city council runs for office and getting moms more involved.

In the long term, my hope is saving human civilization as we know it.

Do you have an story about this cause/organization that really moved you?

At my first meeting there was a video that showed a group of moms who went to talk with their mayor and the mayor changed his mind on a policy. That was most the powerful thing I have seen in a long time. It is a pivotal story we have.

Another example is from a house party I had that was filmed right after a massive storm. We experienced substantial flooding and the house across street, where a young couple with a young baby lived, experienced significant damage. At 3am, the mom had just finished changing her baby and sat down in the rocker to nurse when a large tree fell and sliced a corner of the house, where the baby was just on the changing table! The husband woke up to his wife screaming and very emotional because just a moment before the baby was lying on the table where the tree fell. Thankfully both mom and baby were safe. The experience opened the opportunity to get to know our neighbors because everyone was offering assistance. And it was ironic that the film crew arrived to see a house with hole that was a direct result of a storm caused by climate change.

People often blame lack of time as a reason to no get involved. Even a small amount of time, as little as 15 minutes a week, is enough! Get involved. You cannot anticipate the impact!