On June 3rd, a group of 10 mothers, grandmothers and daughters from Mothers Out Front South Bay enthusiastically delivered to the San Jose City Councilmembers and Mayor Liccardo nearly 400 postcards in three languages: English, Spanish and Vietnamese. Each of the 10 Councilmember received a stack of hand-signed postcards from their constituents urging them to protect Coyote Valley by allocating all available voter-approved Measure T funds to purchase the land from developers. 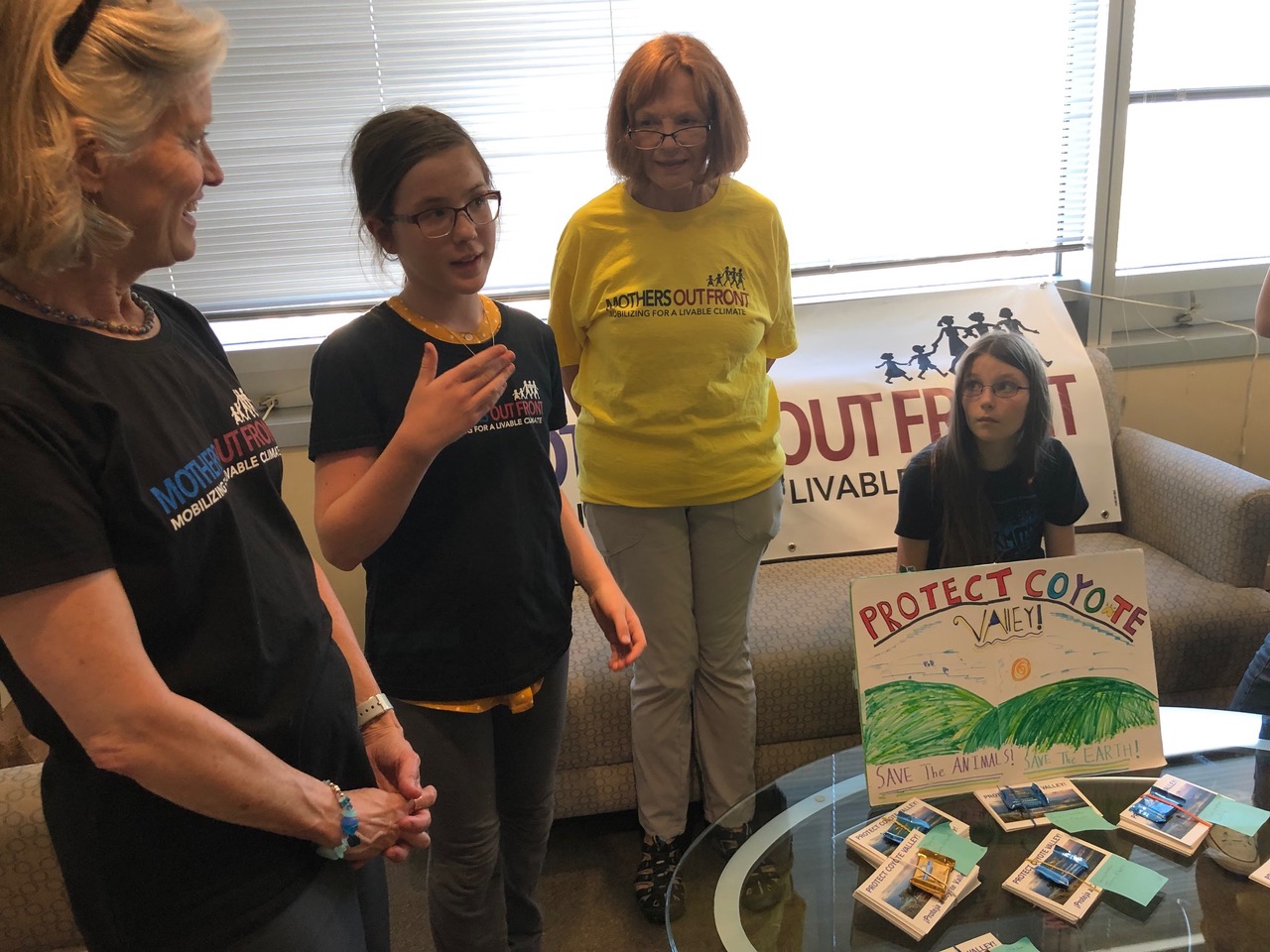 The clarity of youth: Meg explains that, while the City has zoned Coyote Valley for industrial development, “nature zoned it for open space.” 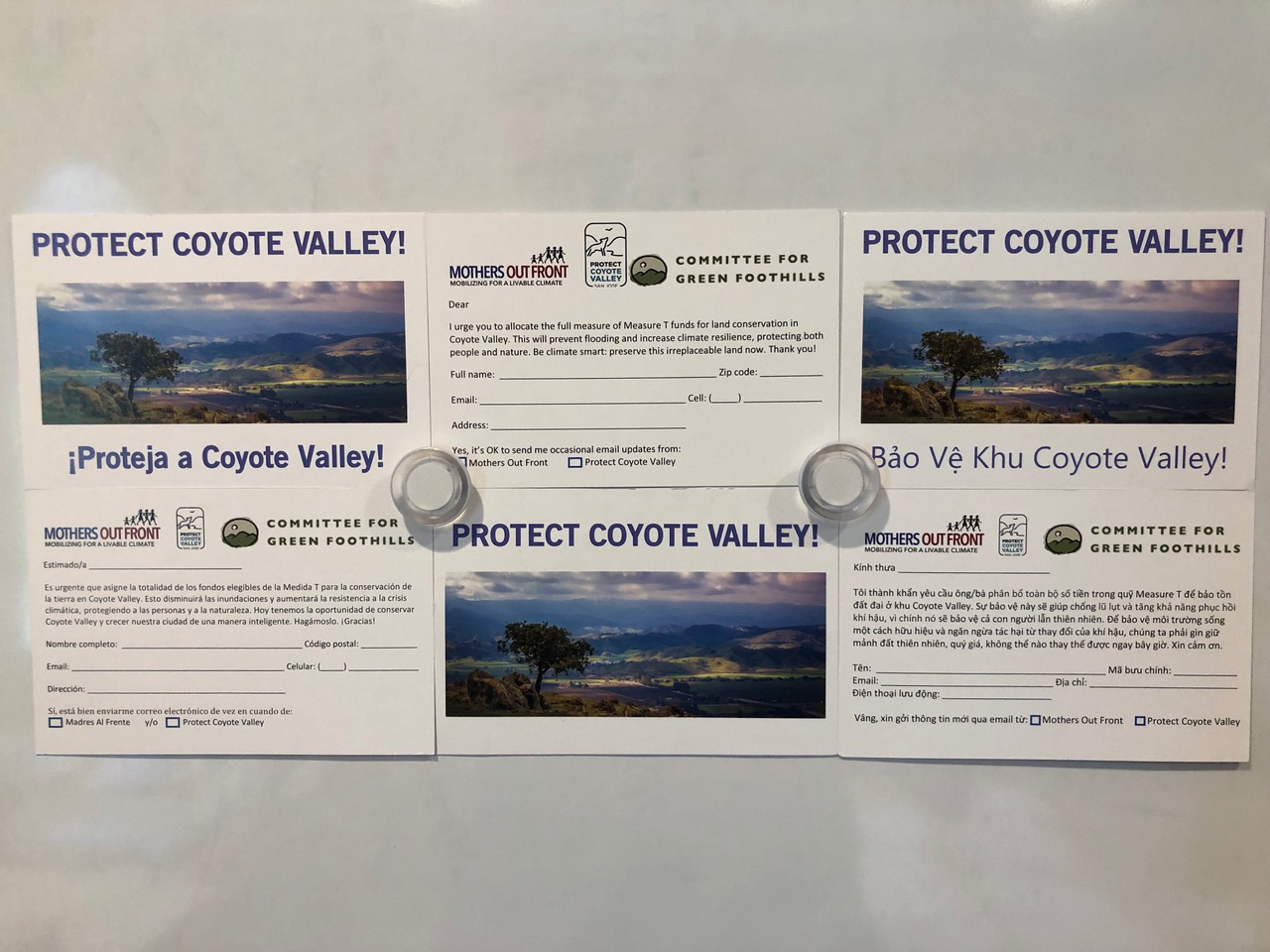 The postcard delivery was the culmination of months of tabling, door-knocking, letters-to-the-editor and an op-ed, meetings with Councilmembers, speeches at rallies and City Council meetings, a press conference, movie screenings, and other outreach to educate San Jose residents and Councilmembers about the importance of protecting Coyote Valley as an invaluable carbon sink, flood mitigation zone, local agriculture base and wildlife corridor—the most climate-smart way to treat this irreplaceable land. With such widespread community support, we’re hopeful that the Councilmembers will do the right thing and protect both North- and Mid-Coyote Valley as natural and working lands in perpetuity. 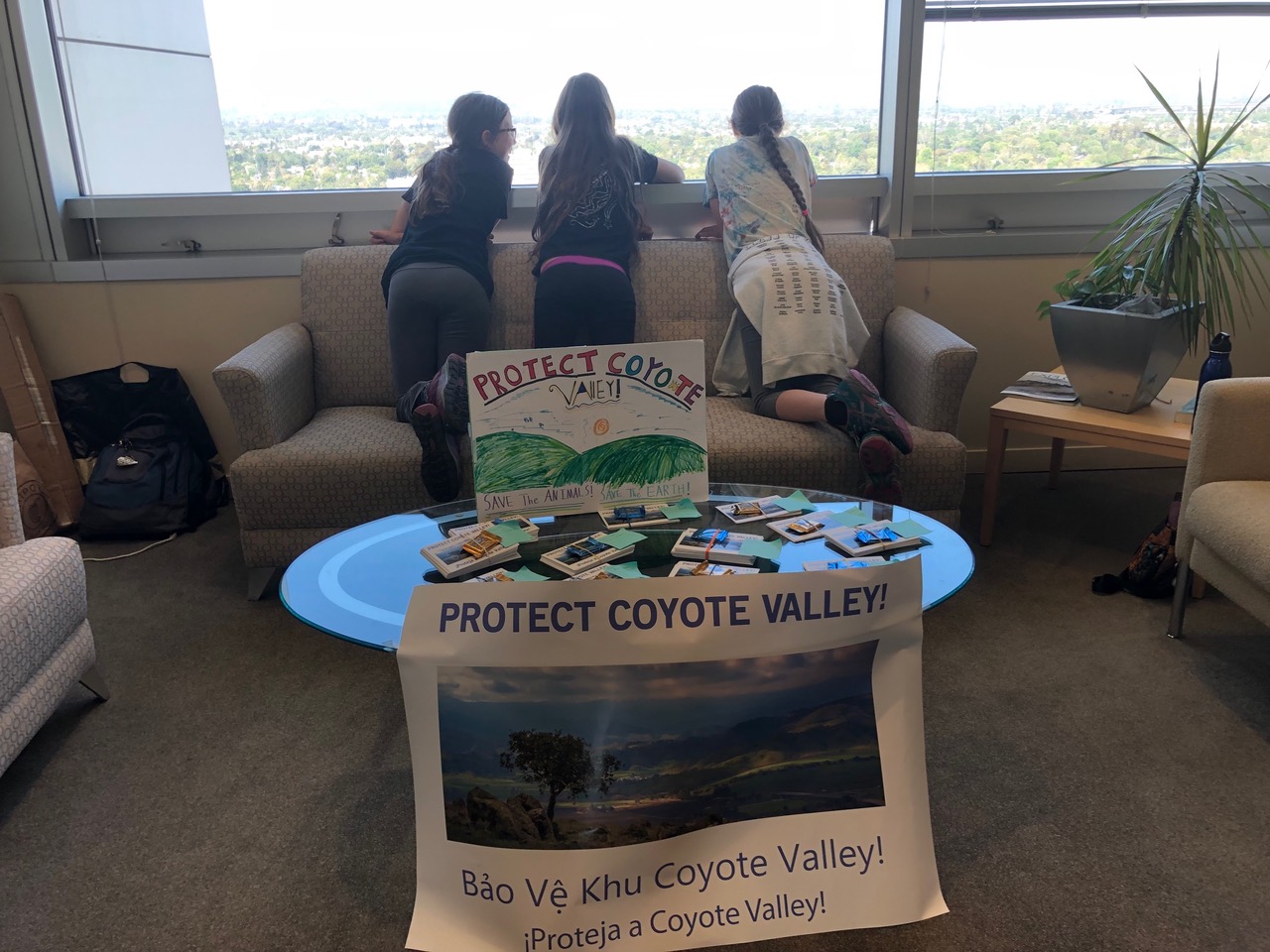 On June 11, along with our partners in the Protect Coyote Valley coalition, we’ll attend the San Jose City Council meeting to urge the Council Members to explore revisions to the General Plan that reflect a vision of Coyote Valley as a place for wildlife habitat and connectivity, ecological sustainability, green infrastructure for flood protection and climate change resilience, farmland, and recreational benefits. As a climate-smart city, our General Plan should be in line with current science and with the policy set by the City in recent years of prioritizing climate resilience. 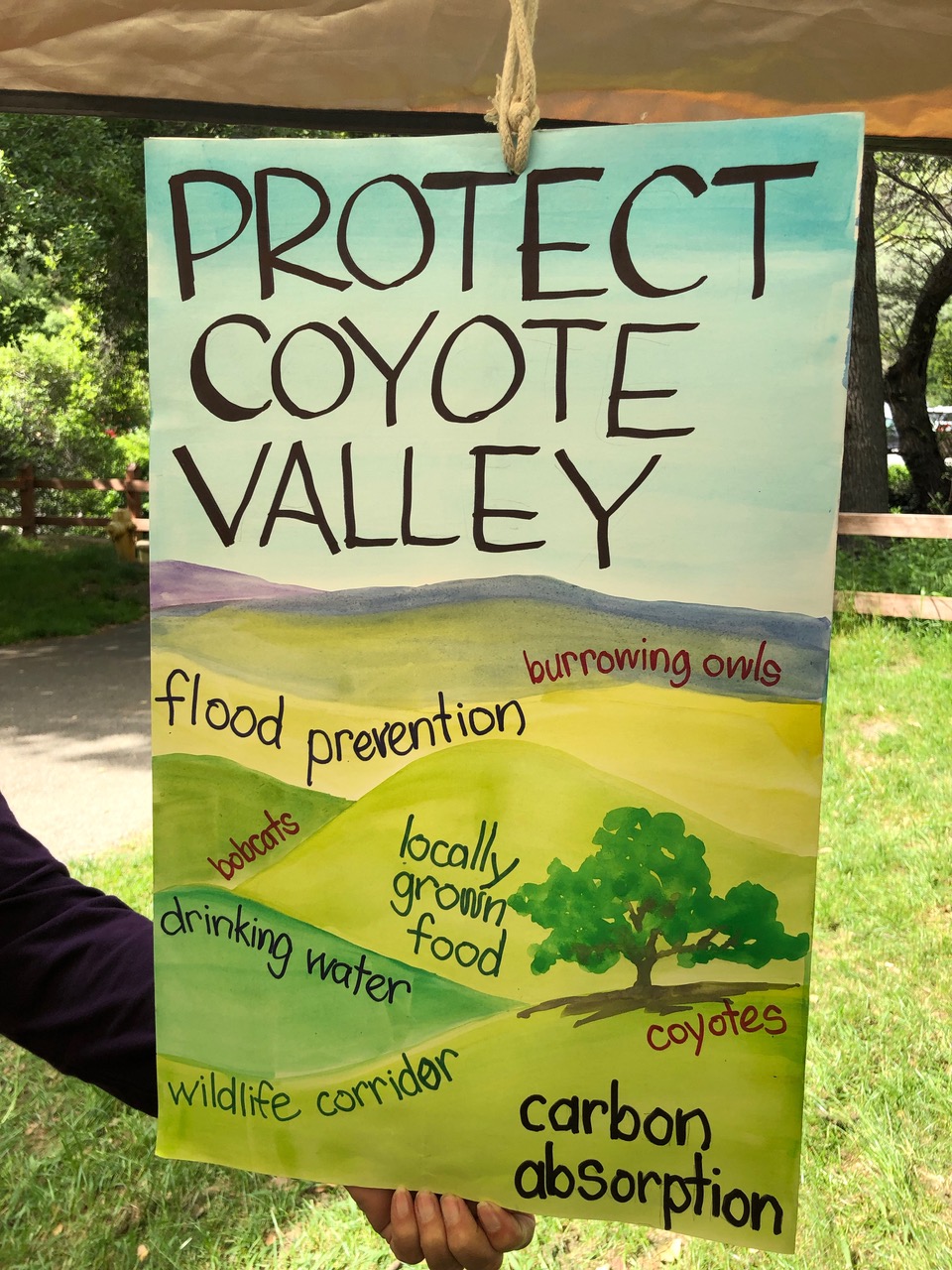