The Great Governor Chase in Massachusetts

Early on a Wednesday morning about a week and half ago, I met 5 other members of Mothers Out Front at a building in Boston’s Seaport neighborhood. It was a chilly May morning, but we arrived early to greet Governor Charlie Baker and talk to him about the 1500 plus postcards that had been signed by mothers, children and others around the state as part of our Mother’s Day campaign.

Governor Baker was scheduled to speak at the Green Ribbon Commission meeting to talk about climate change and its impact on Boston. We wanted to thank the governor for being there to discuss climate change and ask him to put his power behind stopping the Weymouth Compressor station and other gas infrastructure in Massachusetts. We planned to approach him as he entered the building.

We never got the chance. The Governor’s staff got wind of our plan and he entered the building through another door. As we decided what to do next, the building security (who had been watching us as we stood outside) approached us and asked us to leave the building. 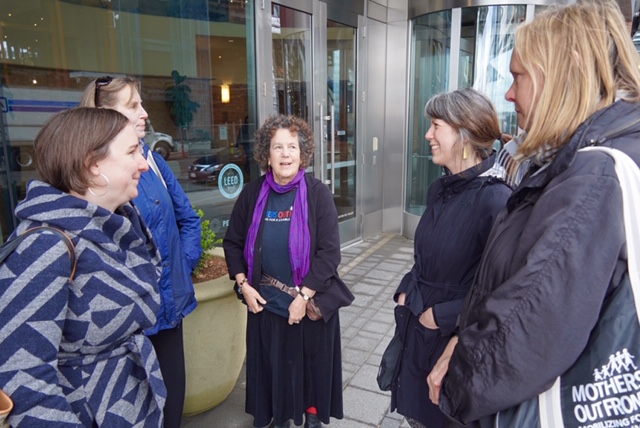 We got some coffee to warm up (and wake up!) and plan our next move. Some of us had heard that the Governor was headed to the airport and would do a press conference there. As we stood on the sidewalk talking about whether we should go to the airport and try to catch him, the security from the building came out and asked us to leave the sidewalk too.

Clearly, we were a threatening bunch! 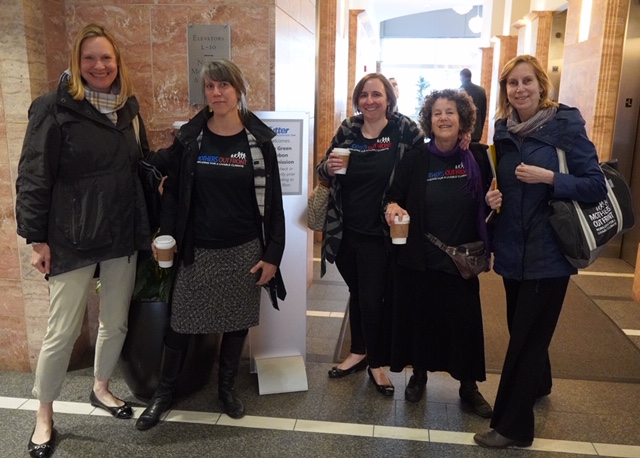 Several of us went to the airport to try to catch the governor there. I stayed behind to focus on social media and head to the Department of Environmental Protection where there was an appeal hearing for the air quality permit for the proposed Weymouth Compressor Station. A team was planning a press conference there and I wanted to attend.

Before the team went our separate ways, we videoed our message to the governor so that we could still get it out on social media. I tweeted it as they left for the airport. 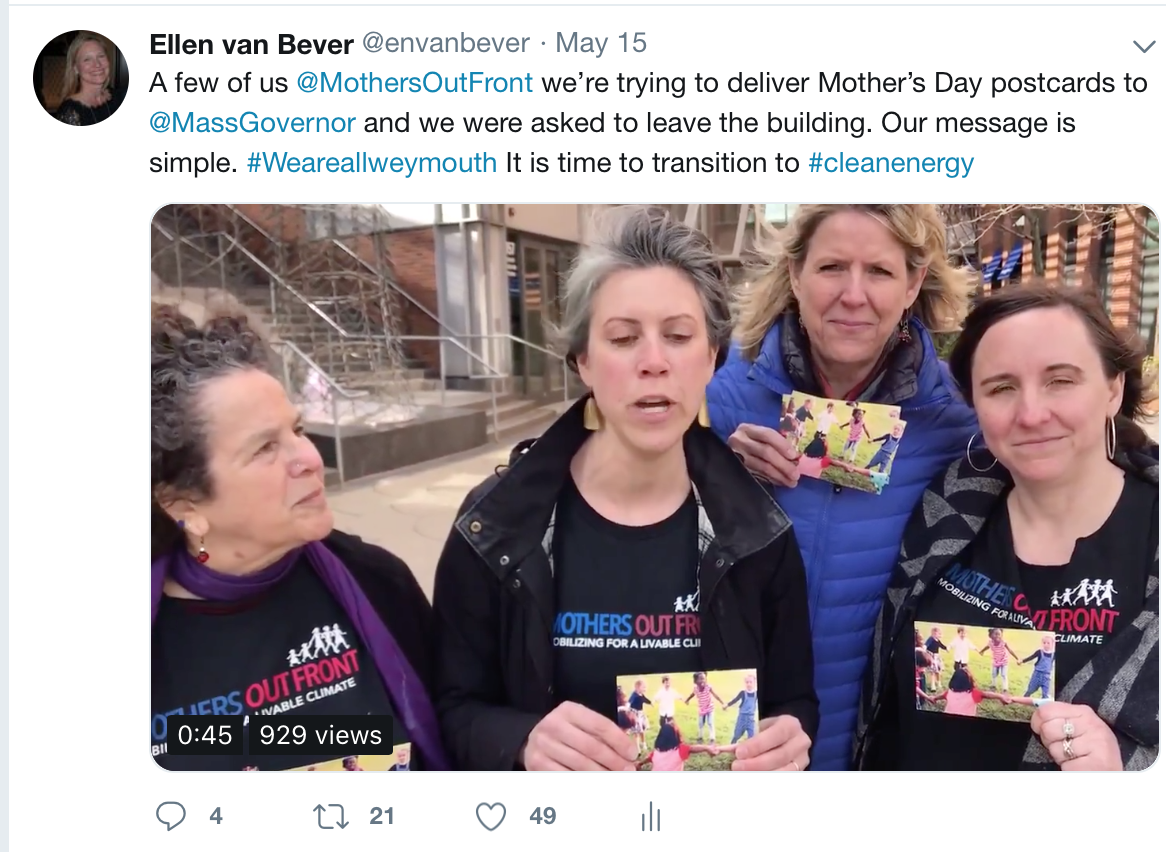 Although we thought it might be a wild goose chase, their persistence paid off. The team who headed to the airport made it in time to talk to the governor as he finished his press conference.

Pattie Heyman of Cambridge boldly moved to the front of the press conference, waited until he was done speaking and approached him with our message. She shared the message from the thousands of postcards from MA residents who do not want new fossil fuel infrastructure in our state. She asked him to use his power to fight the Weymouth compressor station which is slated to be built with schools, residences and homes for the elderly within its blast zone. It is also a community with many lower income residents, many of whom already are suffering health effects from other nearby industry. 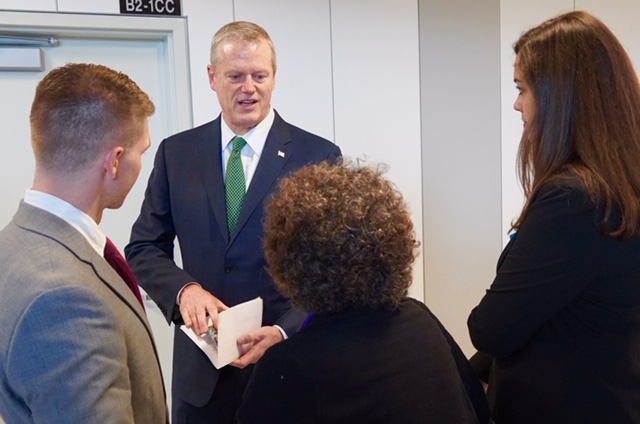 Governor Baker listened, he took a postcard with him, and he thanked Pattie for bringing him the message from Mothers Out Front. He was respectful but he also deflected responsibility for the decision to the federal government (FERC). We know he can do more. Our governors, mayors and other elected officials need to stand up for environmental justice and clean energy so that our children can have the hope of a livable climate in their future.

We reconvened at the DEP press conference excited by our win and ready to take our message of the compressor station fight to the local press. After the press conference we delivered the rest of the 1500 postcards to the Governor’s Office at the State House.

Our message that day was loud and clear. Mothers are here. We are powerful. And we won’t give up until we have won!

If you want to call Governor Baker to urge him to put his power behind fighting the Weymouth Compressor station you can do so by clicking here.