By Mother Out Front, Laura Haugh, in Washington State: 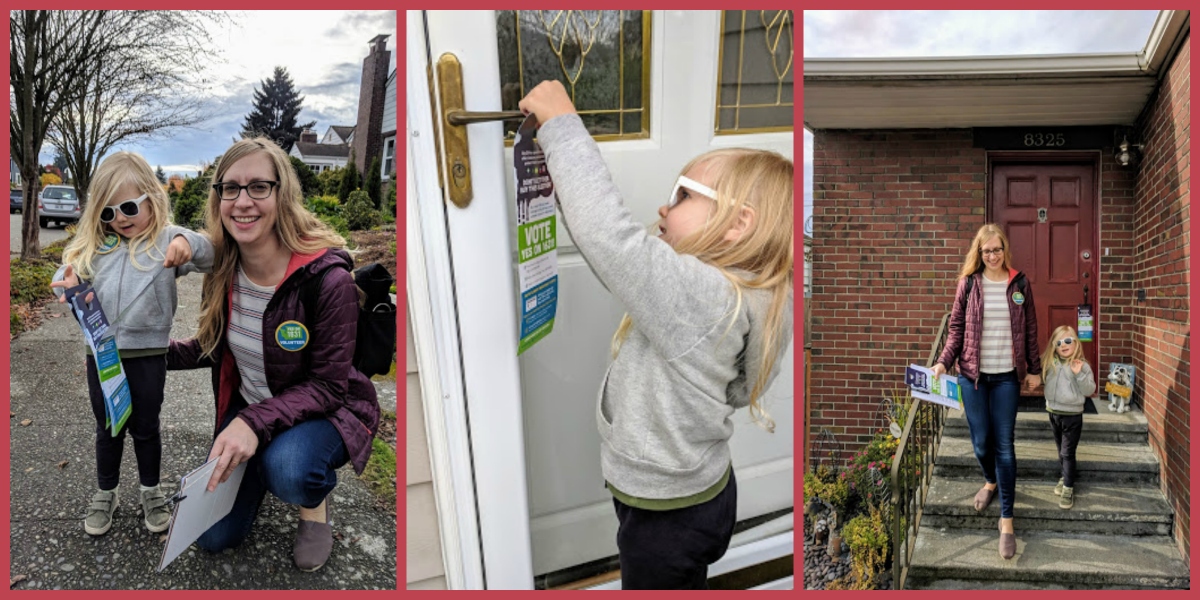 When I became a mother three years ago, I hadn’t anticipated how dramatically that new little life in my arms would reshape the way I approached the world. My actions and choices had more weight to them; it wasn’t just myself I had to think about anymore. Like any parent, I spend a lot of time thinking about, and investing in, my child’s future. I also spend a lot of time fearing what kind of world will she be growing up in and contemplating my role in shaping this world.

The IPCC Report increased a sense of urgency that had been building in me over the last three years. The report lays out how critical it is that nations take bold action now if we want to keep the climate crisis at a level where humanity can still address it. Communities will be impacted at even the half of a degree warming that we are likely to hit, to say nothing of the catastrophe that will occur at 2.0 degrees Celsius.

But despite all of this, I have climate hope! One of the reasons why is because states are stepping up to take the lead where our national leadership has failed us. Where I live, in Washington state, we have an exciting initiative on our ballot this November. Initiative 1631 is about holding the largest polluters in our state accountable for the damage they are doing to our air, waters and communities.

If passed, Initiative 1631 will enact a fee of $15 dollars per metric ton of carbon emissions starting in 2020 to increase by $2 dollars each year until WA’s 2035 carbon reduction goals are met. A public board will oversee the spending of an estimated $1 billion dollars in fees each year with 70% of those funds going towards clean energy projects, 25% towards healthy forests and clean waters, and 5% being invested in communities to help them prepare for challenges related to climate change and the effects of pollution. I-1631 is supported by the largest initiative coalition in Washington state history - made up of over 400 groups like the American Lung Association, the Nature Conservancy and the League of Women Voters, scientists, unions, communities of color organizations, environmental groups, clean energy companies, health professionals, businesses, faith organizations, and tribal nations. 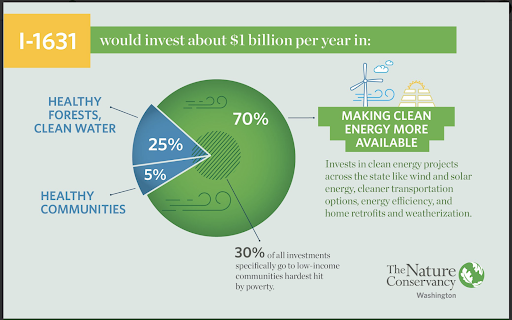 The IPCC Report authors highlighted at their press conference that putting a price on carbon emissions is a critical step in limiting global warming. I truly believe that passing Initiative 1631 is the best first step we can take to address heat-trapping emissions at the state level and will help speed Washington state’s transition to renewable energy. This is why my family and I have been out canvassing, phone banking and talking to neighbors about why they should vote yes on 1631. The nation is watching; the passage of Initiative 1631 in Washington can spur other states to enact similar carbon pricing initiatives and help put us on track to meeting the targets laid out in the Paris Climate Agreement.

HOW YOU CAN HELP

Union of Concerned Scientists - Voting on 1631? Here's How Much Healthier You Could Make Washington's Climate.
The Revelator - The Environment is on the November Ballot. Here's Where and What's At Stake
Sightline - I-1631 Could Save Lives And Improve Health By Reducing Pollution
NW Energy Coalition - This is also a great post explaining how WA has gotten to this point with 1631 from the NW Energy Coalition.