What We Need to Know about the Pipeline Fight in Massachusetts

What We Need to Know about the Pipeline Fight in Massachusetts

From the Mothers Out Front Pipeline Task Force

The Massachusetts Spectra/Enbridge pipeline fight is important to the whole planet.  Gas companies want to extract and ship the Appalachian Basin’s vast climate destroying gas/methane reserves worldwide. Massachusetts is a key location in their plans. Our resistance stands in their way!

3. THE MASSACHUSETTS PIPELINE FIGHT IS IMPORTANT TO EVERYONE

4. THE PIPELINE FIGHT IS IMPORTANT TO COMMUNITIES MOST DIRECTLY IMPACTED

5. ABOUT THE ALGONQUIN PIPELINE EXPANSION AND THE CONNECTICUT EXPANSION PROJECT

6. THE PIPELINE INFRASTRUCTURE IS  BEING BUILT FOR PROFIT

Access Northeast partners Spectra Energy/Enbridge, National Grid and Eversource, will hugely profit from their project. Utilities can make a good return by investing in new gas pipelines - so long as they can sell the gas.

7.  WE DON’T NEED THE GAS FOR ELECTRICITY GENERATION

The office of Massachusetts Attorney General Maura Healey recently conducted a detailed study of the state’s projected natural gas needs. The study included worst-case scenarios, yet concluded that building new pipeline would be the most costly alternative for Massachusetts ratepayers.

”A much more cost-effective solution is embrace energy efficiency, and demand response programs…”

8. THIS GAS IS NOT FOR HOME HEATING

It’s not for home heating, but to create electricity. Spectra Energy justifies the new pipeline by claiming that New England needs more gas for the electric generators. The study from the Attorney General’s Office (AGO) determined that not only do we NOT need the gas, but also that increasing pipelines in Massachusetts would be the most expensive way to power our electric generators.

9. THERE'S NO PROMISE OUR GAS BILLS WILL COME DOWN

·      Oil and gas prices depend on many factors, and can’t be predicted. There may be a savings to consumers, or there may not. At the December 1st, 2015 presentation in Sharon, Spectra Energy representatives admitted that they cannot promise cost savings.

10. STOP THE PIPELINES! AND FIX THE LEAKS!

The Environmental Defense Fund notes “thousands of small gas leaks add up to a major climate threat,” mostly due to methane. There are also health effects from these leaks in our neighborhoods. (14)

We need to stop the pipelines and fix the leaks!

"Our leaders thought fracking would save our climate. They were wrong, very wrong.” Bill McKibben (4)

11. YOU CAN TAKE ACTION WITH MOTHERS OUT FRONT

Talk with your Mothers Out Front team about how to incorporate this information into your local campaigns. Whether you are working on gas leaks, renewables, or household switches, the pipelines are related.  Mothers Out Front can bring increasing numbers to the pipeline fight and help change the narrative on "natural" gas.

Support the campaigns in communities directly impacted: We are allying with those leading the fight in the directly affected communities, through groups such as Fore River Residents Against the Compressor Station, No Sharon Gas Pipeline, Resist the West Roxbury Pipeline, and others.  Sign up to receive email action alerts about community meetings and hearings, phone calls, events and other ways we are asked to support their work to stop the pipelines and for justice. http://www.mothersoutfront.org/sign_up_for_action_alerts

Support Legislative and legal efforts  Governor Baker’s newest plan - Plan B! - is to have the gas utilities, not the electric utilities ’sign the long-term contracts for natural gas capacity that are needed to finance a new pipeline. This plan may face legal hurdles. (See http://commonwealthmagazine.org/back-story/plan-b-for-a-pipeline/)

Join our Mothers Out Front Pipeline Task Force to help us use our power as mothers in the pipeline fight.  Contact - Susan Lees: [email protected].

Be part of building the large movement we need by organizing at the intersection of climate, economic and racial justice.

MAPS AND FOOTNOTES BELOW 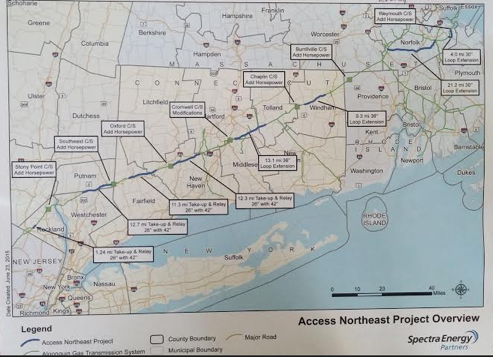